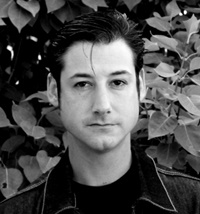 You tell yourself to not be superstitious. You take a deep breath and squeeze your eyes shut and you assure yourself that omens and jinxes aren’t real. But then you do something so insignificant as knock your pen off your desk as you’re reaching for it, and you feel a wave of terror as you watch it roll along the worn hardwood floor, the planks so thin there’s no repairing them, only replacing them.

The pen falling, rolling behind the desk, it’s a sign. You’ll remember this moment, you say to yourself. You’ll look back on today and you’ll tell people, “That’s when I knew it would be bad news. I reached for a pen on my desk. It was just sitting right there. But somehow what should have been this simple thing, it went wrong. I misjudged the depth or maybe I bumped the desk with my hand and then the next thing I knew, it was rolling towards the edge, and I reached for it again, but I was too late, and it fell. I crouched down to pick it up and I hit my forehead on the edge of my desk, and I winced at the pain, and when I opened my eyes, this pen that had just been sitting right there in the middle of the desk, it was rolling into the dust bunnies and old cat hair behind my desk. And that’s when I knew. That’s when I knew it was going to be bad.”

And then you catch yourself. No. It’s only a pen, you tell yourself. And maybe you’re even able to manufacture a chuckle, as if your superstition is silly, just an amusing little flaw of yours. Like how when you were a kid, no matter how much you enjoyed a meal, you always left one bite on the plate. Like how, now, whenever you take your first sip of anything fizzy, you hiccup. Like how you do this thing where, whenever you sneeze, you actually annunciate it: ha-choo!

Those funny little flaws. Endearing in their own way.

No like your defects. Your damages. Those are the things that will never make you or anyone else laugh. The things that have made your children give you worried looks as you sip broth from a mug for dinner for the third night in a row as you try to assure them you’ll eat later, after they’re in bed. The things that have driven you to keep travel-size tubes of ibuprofen in your glove compartment, in your coat, in your bedside table because you’ve lately been eating three of them every four hours, preempting your recurring fevers and keeping the unrelenting, agonizing pain to a mere ever-present dull ache.

These are the things that bring tears to your eyes and a lump to your throat when you think about them at three o’clock in the morning on those nights, which is most nights these days, when you can’t sleep from the overwhelming fear of it all. The things you have had three family members die from. The things that finally, one early evening, convinced you to wander through those automatic sliding doors over which the words GRAVEL CREEK HEALTH CENTER were spelled out in large, red capital letters, and were all illuminated except for the L in GRAVEL, so that it spelled GRAVE, which you, of course, took as a horrifying omen.

When the woman punctured your vein, she said, “look up at me. It makes it hurt less when you don’t watch.”

“Phlebotomist. That’s what they call someone who draws blood, right?”

“That’s right,” she said, and then she attached a fresh vial to the needle.

You watched it fill with blood. “Is it supposed to be that dark?” you said.

“I’m not permitted to comment. But color isn’t something we generally look at, unless—” but then she stopped.

“I’m not really allowed to say. Just relax.” She switched to a new vial.

“Sorry,” you said feebly. And then you thought to yourself, You shouldn’t have pushed it. She’s annoyed now. That’s not a good sign. But then you cleared your throat and assured yourself, The lab results are based on the blood and nothing else. What you say or do can’t change the count of the white blood cells or the red blood cells, the proteins or anything else. You took a deep breath and tried your best to believe yourself.

“Two more,” the phlebotomist said, as she pulled the vial from the butterfly needle. It made a small sound, like the sound of a miniature bottle of champagne being uncorked. Maybe, you thought hopefully, that’s a good sign. The sound of celebration.

This moment of hope was cut short when a spurt of blood erupted from the needle before the phlebotomist attached the next vial. The small spatter of blood looked like some scale model crime scene. Hardly a celebratory image. The phlebotomist wiped it away with a piece of gauze and connected the third vial fill. It seemed to you it wasn’t filling as quickly as the last two, and then you felt lightheaded.

“Seems like you’re taking a lot of blood,” you observed, and you did your best to sound casually indifferent. The way you might sound remarking on a slightly warmer-than-usual day in an otherwise frigid autumn. But you knew the phlebotomist could hear the worry in your voice. She had done this many times before, you knew, and she had dealt with all kinds of people, some of whom would grow faint at the sight of blood, some of whom couldn’t stand the pain of a needle piercing their skin, some of whom were terrified to learn the results of the tests. Some of whom were all three at once.

“These aren’t as big as they look,” she said, as if she’d said it a thousand times before because she almost certainly had.

“Is it filling slower?”

“Maybe a little, she said. And before you could ask if that was okay, she said, “one more and you’re done.”

And so now you wait. You wait for your results. For data. For objective, quantifiable information gauged by precisely calibrated scientific instruments and fed through complex algorithms and calculations of software practically immune from error, and purely immune from whether or not you knocked a pen off your desk or what light bulbs were burned out in a sign or what words a phlebotomist might have said to indicate the blood draw was complete. You pick up the pen from behind the floor and you wipe it free of the dust and old cat hair. You do this on the leg of your sweatpants that you have been wearing more often lately, as you’ve found them not only comfortable, but somehow comforting. And comfort in any form is something that’s become increasingly difficult for you to find as you wait.

But the waiting will be over soon. The phone is due to ring anytime now, and it will be the doctor who will tell you what they have discovered. You pace a bit and then remember you have a half of a ginger ale in your refrigerator. You take the cold, green can from the shelf above the crisper and take a generous sip. It tastes good but as it flows down your throat and into your empty stomach, it chills you. You look at the clock and see that it’s been three hours and forty five minutes since your last dose, so you swallow three more ibuprofen tablets that are coated with a color you would best describe as burnt umbre.

Or is it burnt sienna?

It occurs to you that you do not know the difference, and this gap in knowledge sends a shudder of fear through you, as if it were some critical oversight. As if, even though one thing has absolutely nothing to do with the other, your life depends on it. Because in these terrible moments before the phone rings, you are somehow certain that it does.

David Obuchowski is a prolific writer of fiction and long-form essays. His short stories have appeared (or are scheduled to appear) in The Baltimore Review, Border Crossing, Rind, West Trade Review, Twisted Vine Literary Arts, Miracle Monocle, Willows Wept Review, and others. His non-fiction can be found in Salon, Longreads, Jalopnik, Fangoria, Aquarium Drunkard, The Awl, and more. His in-depth documentary podcast, TEMPEST, is a critical and popular success and serves as the inspiration for an upcoming television series. For work published in 2019, he was nominated for a Pushcart Prize for both fiction and non-fiction. David and his family live in Colorado.