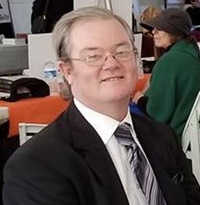 There was a lady once, an extremely attractive lady, who appeared as to hold the beauty of the holy cherubs in her warm pleasant face and upon her delicate fragile body. Her hair was black as  coal fresh from the Pennsylvania hills, gliding down her neck, showering her shoulders and hips. Her eyes were dark as new onyx, her skin clear and fair as newly fallen snow. When she spoke her voice was perfectly free of any rasp or stuttering stumble.

Any of those who’s eyes fell upon her were immediately hypnotized by her beauty, her delicate mannerisms, the form and motion of her body. Her mind was blessed with the intellect of omniscient angels, and her vivid imagination knew no limitations.

Behold, she was an instructor by trade, and a contracted artist by choice. She excelled in both areas of endeavor. The wealthiest individuals always sought out her artistic ability, employing her to paint fantastic and imaginative wall paper murals. On the walls of those splendid mansions she painted scenes of angelic battles, of blessed nymphs corrupting weak men for the purpose of military conquest, of lovers in the lush green grass by the riverside, all to the spellbound delight of her employers.  Just having the chance to gaze upon her as she labored, to behold the flow of the paint pouring from her brush, then moving as if by it’s own motivation to form the most majestic of portraits, was surly a gift from the  high angels above that labored diligently to please hexed, bedazzled eyes.

Her return from her labors found her entering a rambling magnificent mansion that sat tucked away in the midst of a hundred acre wooded estate. Her husband was surly blessed and delighted by the spell of her charm, and the success in her endeavors. As she rode throughout the wooded estate upon her healthy shinning stallion’s back, all the men of the surrounding community ceased their labors whilst in the dusty fields without, just to gaze forward with wide opened, bedazzled eyes. Surly her dear husband had found the blessing from the angels on high he had prayed so intensely for, they said. “Oh how we do envy him,” they spoke among themselves in private!

I soon was taken by her enchanted spell, mesmerized by the motion of her gait and the skill in her artistic talent. My eyes were frozen upon the wooden door of the classroom as my racing heart anticipated the time of her emergence through. Upon her entrance all the male children did gasp, and the females studied her habits out of a desire to emulate her ways. All of the kids were eager to please her,  each of the boys desiring that she find favor with them, and them alone.

I performed at my best in her class, holding a secret desire that she would praise the quality of my work above all others in the class. When she approached my place as I sat cross legged upon the floor, she would look down, smiling upon me as though she greatly approved, and my eyes were simply frozen by the fact that her gentle face was now gazing deeply into mine.

The years passed and she only grew into a more mesmerizing dazzling beauty, raising three wonderful girls just as beautiful as herself. By now I had long since moved on, my mind only drifting back to occasionally reflect upon her face frozen into my vivid memory. My car came to pause by the roadside, seemingly as though by it’s own spontaneous motivation. I eased through the wood stand until I came into clear view of the concealed mansion she still dwelt in.

Behold, I saw her when she walked as though her feet never touched the floor, in and out of the doorway. I saw her as she glided into the horse stable, racing around the pasture sitting proudly upon the back of her majestic shinning midnight stallion.  For days I was frozen into my hiding place, my eyes and my heart refusing to allow me to move on. I subsisted on bleach treated ditch water and previously made pemmican. I could not move, but only was contented to observe the hexing captivating angel I was much to young to hold.

Behold, I saw her as she stepped out of the back door and into the wood stand, meeting the dreadful demon as he handed her that beckoning hexing herb, bearing a compulsion far greater than the power of mortal will to refuse. She raised the crystal herb up to her blood red lips. Aye, she gently placed it upon her delicate tongue! The euphoria it brought her pleasured her beyond that of any other experience in her entire background.  She would cease in her taking of the herb, only to be compelled into a greater need for it. Through that increased need the demon seized her heart, soon ruling her mind, and her every future action or endeavor.

I saw her as she fell upon her knees, pleading unto the sable demon for more herb, her and the demon falling into the lush grass, her giving any pleasure of his demand until he soon had his fill. Now the demon refused her gracious gifts of the flesh, only demanding gold in exchange for the venerated crystal herb of terrible Mephistopheles. I saw her fall as she wept, pleading unto a merciful generosity within him she so intensely longed for, but one he so greatly lacked.

Behold, I saw her as she ripped the pristine exotic wood from the walls of her most elegant mansion.  I saw her as she traded ancient valuable tables, and those extremely cherished charms from far away lands, for any pittance offered forth by her forlorn neighbors, who only saw in her the chance to take an advantage. I saw her trade her horses for some small gift, but a small gift allowing her to receive a share of the vexing cursed herb.

Her most abhorrent action was when she traded her precious daughters to the wicked demon for only another insignificant measure. The demon then seized the daughters up, taking them deep into his lair, only to trade them repeatedly until his supply of crystal herb replenished, and his solicitors tired of the favors this wicked fiend forced from the shivering, weeping trio.

But the spirits in the woodland witnessed her depraved transgressions, as did the angels in high heaven. Her accusers then met with the omniscient Lord Of All The Universe, whose sacred council convened her trial by court in the heavens above. Due to her crimes, especially those crimes committed upon her own daughters, she was declared guilty and condemned into the filthy hands of Appolyon, who was then allowed to do with her as he pleased.

Behold, her hair of radiant flowing charm fell from it’s seat upon her head. Her immaculate teeth fell from their seat within her once most delicate mouth. Her flesh dried, until only thin skin remained upon ragged bones; but she still lived only to suffer horribly, and was very much alive all of the way. Her artistic talents fled from her grasp. Her cherished husband…, her warm once caring adoring husband…, understandably fled from her presence. An oozing foul yellow pestilence crept from deep within her eyes, pouring forth from within her ears. A strange hacking cough caused her to double over as she gasped for breath. A brilliant crimson rash covered and consumed her quivering body; no physician held the urgent cure; and the Lord of the heavens above heard not her cries for relief, nor her begging prayers for his unhesitating mercy.

I saw her as her once most majestic magnificent mansion was wrested from her grasp by the demon, and she was forever cast forth into the outer void, condemned to walk the street-sides,  begging for solace, shelter, and nourishment. Her precious daughters were soon saved by holy cherubs, forever keeping them from her tainted hazed eyes.

I finally sickened of the sights before me, ambling silently through the wood stand, making my way back toward my car as it sat waiting by the roadside. As I drove down that lone narrow paved road so deep inside the soaring timber, I motored passed her ragged skeleton figure clothed in her foul, horridly corrupted flesh, glancing upward into my rear view mirror only to see her tarnished, shriveled form vanish, as I made my way around the sharp curb ahead.

Lynn Dowless is an international academic Instructor. He has been a writer for over thirty years. His latest publications have been two books of nonfiction with Algora Publishing, and fictional publications with combo e-zines and print magazines; Leaves Of Ink, Short Story Lovers, The Fear Of Monkeys, and Frontier Tales.