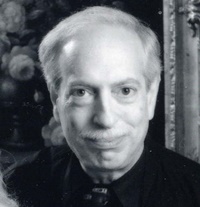 What Liars They Are!

It was 1954, and I was six years old, watching TV by myself on the floor of my living room. In those days the TVs were black-and-white and were housed in large cabinets.

Suddenly a commercial came on which really got me excited: It stated that a miniature submarine was included in every new box of a certain breakfast cereal. And it ended with a dramatic clip of a huge submarine charging at me underwater.

I can’t tell you how excited I was! So the next time I was at the supermarket with my mother, I insisted that she buy me a box of that cereal.

When we came home, I opened it and took out a little cellophane packet that contained the submarine. It was much smaller than I had expected, and although disappointed, I still couldn’t wait to see it move underwater in my bathtub.

The directions called for the user to open the cap on the top of the sub and to add a pinch of baking soda. “What’s baking soda used for?” I remember asking my mother.

I also remember her answer: “It makes things rise.”

She gave me a box. I put a pinch into the opening, then replaced the cap and rushed into the bathroom. Our sink was wide. I filled it to the top with water, then placed the submarine on the bottom and released it, expecting it to move forward.

But it didn’t. It simply rose to the surface and stayed there.

So I did it again, and the same thing happened. And when I gave it a little push at the bottom of the sink with my finger, it went forward just a bit before again rising to the surface.

The commercial lied! And I was furious. It was an anger that I never forgot.

Now, at 72, I’m still suspicious of most TV commercials. Take those featuring weight-reducing diets, where overweight people boast about losing incredible amounts of weight after eating only the sponsor’s unique meals. Because on the bottom of the screen, in microscopic-sized print and lasting only seconds, are lines from most of these companies stating that their weight-reducing meals should be part of an overall healthy diet and exercise program!

Why can’t these companies just tell us the truth to begin with?

Frank Kowal received his bachelor’s and master’s degrees in education and English from the Brooklyn Center of Long Island University. Now, after 46 years of teaching in NYC’s public schools and colleges, he is turning his attention to writing short stories and essays.