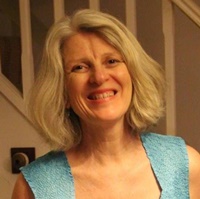 how strange then, that she paid so little attention to her love affairs
notably one, Gallic and grand
of mythic proportions

my mother was not thanked for this provocation
uncomfortable reckonings of too many mediocre marriages
muddling along, at best

messages of searing cruelty were directed her way,
and although my mother was loved
with more perseverance and pain than most could stand

the beetroot soup she served us in perfect white porcelain
derided her grimy surroundings,
the mildewed walls of many an endless day

now, I, my mother’s child
condemned, reach for her prophesies of grandeur,
her gigantic, impossible love.

an enviable existence as a golden child

broken some years later by feeling a little wobbly today

her father dies and twenty million stars flicker out

euphoric slivers of mania enter the story about here
and it’s glorious
she is in fusion burn-out
she is scheduled
she doesn’t care because only she
understands the deafening, effervescent purpose of the universe

gently, stupidly, she is propelled back into the tedium of an ordinary old life

nothing will ever be as fine again

On leaving the sunburnt country

In a silver bird with a red kangaroo tail, seated, belted and numb, no,
more cauterised really,
far below I see broken ochre trails, spindly, sparse,
nameless
I see a vast, burnt land and
too many souls thrown away, instead of gathered up and held to the breast.
Lemon myrtle, mulga, sunny wattle, hop bush and she-oak,
old women’s healing, I could have used more of that.
Down there are my children, a son and a daughter, born in this harsh place.
They are in a bus, in their grubby yellow and brown uniforms
rumbling
and soon, when their father dies,
I will unroot them like tumble weed, bring them to mountains
and though this country made me a citizen, one of ‘ours’, one of ‘yours’,
I chose old stones and new love, walking away from bedrock,
this was unpardonable,
at first, Australia, you were good to me, boundless even
how quickly you turned.

On the ending of a thirty-nine year friendship

I thought our friendship the hearth of the farmhouse, but you were the red coal that burnt the rug,
you should have been a hearty soup, but you were as bitter as unpeeled carrot.

I thought of you as an efficient hospital, you were the bug resisting penicillin,
you were meant to be the lighthouse, but instead chose the wrecked herring boat down below.

I dreamed of skipping with you through the Milky Way, but you were the hurtling asteroid,
you could have been the apple tree, but you summoned the hissing serpent.

I thought our friendship the full taxi rank, you were the passenger with the knife,
I saw you as the opening night of a bold new play, you were the damning critic.

We could have sparkled on a rooftop, you drugged me with the cocktail,
I thought you my ocean beach, but you were the devious rip tide,
I worshipped you as the Titanic, it turns out you were the iceberg.

Then the lifeboats came, a wonder drug became affordable,
the lighthouse keeper retired, bought a property and grew camelias,
the universe expanded, the garden of paradise took on a different hue,
the armchairs beckoned, more wood was cut,
a neighbour unexpectedly gave me a lift, we a found a pretty little cottage,
swam in the waters of Mystery Bay,
you were forgiven if not forgotten and sweet carrot cake was eaten.

There are those grey tinge mornings, hiding a salmon pink or even violet dawn, the bruised skies under which we find ourselves not knowing what to do next.
There are those walks in the forest, where the sun licks the damp moss and we catch our breath and we remember how that feels, the catch of your breath, your mouth dropping open in an ‘o’, even if it is only a meagre ‘o’, it is still an ‘o’.
There are the mornings when you decide what to wear, and it all works, a shimmering fabric, shoes that are not scuffed and just might be up to the job of striding out.
There are other mornings, where the swallows you painted, instead of soaring, are botched, anchored on a page.
Do you not feel better when you’re tied down? Bound to your love, to their smell captured in a shirt, to the arch of an eyebrow, to the lines caught in the creases of their eyes?
Is it for this we are found wanting?

Lynette Thorstensen is a New Zealander, poet and visual artist living the Auvergne, France. Her poems have been published in the United Kingdom, Australia and New Zealand notably in PN Review, Southerly magazine, Landfall and Takahe journals. She is working on a first collection to be published in French and English by Editions Terre & Ciel in early 2021.