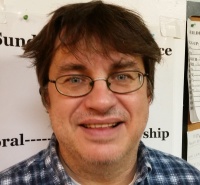 The Humanity Of The Enemy

Reality, is a rocking cradle, God is able, a miracle sleeps
Mother’s gentle hand does not understand forces beyond her command
The winds wails, the system fails, hatred prevails
Religion, nationality, ethnicity, ideology, is null and void
As baby cries, humanity dies and the Earth is being destroyed

Outside miserable men march, in uniforms green, merchants of death
In a nursing home, beloved grandfather, flocked by family, takes his last breath
What matters? All of us possess things that bless, love and kindness in heart
Our common humanity greatly outweighs what we have apart

The byproduct of the war machine, is most obscene, obstinately unclean
Impoverished billions in continents far, millions wallow in poverty here
Bickering politicians want to kill social security, to save a dime, what a crime
Organized violence, requires no license, blessed by wizards of science
Sucking brain power, they devour the intelligentsia, captivated
So the real issue, the virtue of bettering mankind is abandoned far behind

Do unto others as you would have them do unto you
Are those words wrong or are those words true?
We shall escape the rape of the world in its savage brutality
When see with our eyes and realize the humanity of the enemy

A moment still
Sun glaring
Time a river
Memory’s lake
Ocean of forgotten
Refreshing dew
Spirits of yesterday
We have moved
Transverse the cycle
Rapids of rage
Meandering calm
Reflection
Flux
Heaven’s fury
Constant
The second hand
On the ancient golden watch
Has indicated
In the context of eternity
All is made anew
And nothing has changed
Tick, tick, tick, tick, tick….

Madness
She’s queen of the clowns scorning seven frowns
Jester’s bells woven in the locks of her hair
Wagging a dragon’s tail
Reciting undecipherable riddles
Joking in dead languages
She laughs laughing alone
Her beer barrel belly shaking
Like gyrating grape jelly
Her mascara in thick purple globs
Lipstick ruby red put on haphazardly
She mourns for the living
While cursing the dead
Giggling during the eulogy’s somber silence
Seeds deposited in fertile mind
Cherished sprouts come out
With wicked blade slashing
Sparing weeds only
Madness
Innumerable in her deeds
Missiles of mass destruction named peace keepers
Houses boarded up to prevent the homeless to enter
Food to feed all as babies starve to death
Billion of people most of them alone
Late at night like a rat gnawing on a rope
I wonder
Can’t we do better?
All religions proclaim peace and practice perpetual war
Madness
Her chastity belt tightly secure
Still she is the chief harlot
Nothing is holy
Hear her lament at the wedding
A song of joy on the battlefield
Oh saturated in the dying man’s cry
What for?
So lines on the map can be moved
So digits on a computer can be changed
Madness
Sometimes it is the only sane answer

Now it is poetry time
It really don’t count
If you don’t rhyme.
Apply every technique
Be sure to turn the other cheek
Blessed are the meek
We need to listen
If we desire
To hear the Lord speak

A Sonnet of Surrender

Here’s a sonnet a sonnet of surrender
Where words sail as birds in the evening skies
Take off the mask see I’m no pretender
Come distant night where the fleeting light dies
Double entendre extended metaphors
Little children chanting nursery rhymes
What is that in midnight black? How it soars
Careful pilgrim it’s the changing of the times
We transverse this narrow transcending trail
Confident of victory and success
But where are we now can we still prevail?
I chose never to curse only to bless
Here’s a sonnet a sonnet of surrender
It’s the best offering I could render

My poetry has appeared in over one hundred outlets and my prose in about a dozen. I was until recently a full-time caregiver for my wife Sylvia. She suffers from dementia. She is now presently safe in a nursing home. I work as an assistant to a lawyer. I am also a peace activist and a minister in the Church of Christ. I have over a dozen books either published by small publishers or self-published including four science fiction books. My long term goal is to have my writing support my financial needs. My poem “Tea With Joe Hill” won the Joe Hill Poetry Contest in 2012 along with a $500 prize. My memoirs “More Than The Madness” finished in the top ten in the 2015 Westbow Manuscript Search. My poetry chapbook “The Second Coming of Victoria” was a quarter-finalist in the 2015 Mary Ballard Poetry Chapbook Contest. https://johnkaniecki.weebly.com/  http://johnkaniecki.blogspot.com/  https://www.facebook.com/JohnsPoems/

I SLAM RHYMES by Jamie Gibbons