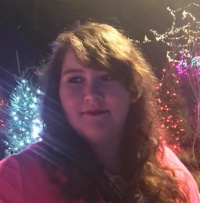 Sweat beaded down her forehead, fire seemed to dance down her shoulders and back. Her thighs stuck like Velcro to the seat and her ribs began to bruise right then.

How long had she been stuck on this ride?

She didn’t know, her tongue seemed to grow wool and the person beside her had a fowl stench, like the locker room in a public high school. The distain for the situation may have been from the way the large thumb shaped woman had stepped on the back of her shoes in the long line or perhaps the frustration came from being forced to share a car with that same woman.

Were they even trying to fix the damn roller coaster?

A twenty-pound weight dropped into her stomach upon looking to the other side of her however compared to the weight that may as well had been an elephant pinning her down it didn’t even bother her. She could have been on the outside edge, but no. The lady, whose gargantuan body was firmly pressed against her own, had argued the opposite when it came to not crushing her much smaller frame. The argument only made her situation that much worse

“They better hurry the hell up,” the lady said bitterly. “I got to take a piss… This is damn ridiculous,”

The thin woman wanted to roll her eyes at the lady, whom she had just mentally nicknamed ‘Susan’ but thought best to not aggravate her more.

“And we all better get a refund, or I am suing the hell out of this park. Mark my words.” The large woman’s voice muffled slightly, like she had swallowed a large glob molasses.

Her stomach did back flips, like her lunch from moments ago rushed to win a racing to in her body.

The devil continued to rattle off her frustration next to her, bickering to no one.

Maybe she was in hell. Perhaps the roller coaster didn’t just stop, perhaps it flew off the tracks at rocket speed and this is her punishment for her life of sin. Crushed by Mrs. Susan the Whale and fried by the heat of a thousand suns.

Couldn’t they have at least gotten stuck on a straight edge of track? No, they were turned to the left in the first curve of the triple corkscrew.

“Bastards! All of them!” The large woman stomped her foot, imitating that of a rhinoceros ready to defend its young. A warning to anyone who will stand in the way of her large and awesome size.

The rail thin young woman couldn’t take it. A deep breath brought her the strength to speak, though her lung struggled to get their fill of air.

“Shut up! We are all stuck on the ride. Get over it! It’s bad enough without your whining!” she snapped. Oh, how it felt good to finally express her feelings, but this is not Icarus flying to close to the sun. No, this was more like Icarus stopping to play chicken with the sun before it swallowed him whole in its neon flames.

The large woman’s voice screeched like a tea kettle at a full boil. “How dare you?” Her full weight pressed against her hotly. “Don’t you speak to me like that! I am old enough to be your mother and if my child where to speak to someone like that I would be very upset.”

The woman huffed and puffed, as if she had been running a marathon moments ago for the first time in years. The smell of stale coffee and decaying calcium burned the hairs of the young girl’s nose, causing her face to crinkle up ever so slightly.

This had to be hell.

Maybe if she prayed now, God will forgive her of her sins and save her from this nightmare.

“Oh, now you won’t speak! Hm?” the blubbering woman spoke, trying to invoke a reaction from the one below her. “Hm?” Her pitch may have alerted dogs three counties over.

Then the sound of pressure releasing came.

It may as well have been the voice of god itself! The trains lurched forward, causing the bottom dweller of the ride to bite her lip by mistake but that didn’t matter! Bitter metal filled her mouth, the taste of freedom. Of victory! The prospect of getting a lemon shake up at her favorite stall in the park to wash away the spines on her tongue. Despite the overgrown toddler next to her, she joined the others on the coaster in cheers as the ride began to pick up speed.

Finally, free from the crushing weight.

Charlotte Gorrell is a creative writing student at Full Sail University. She lives in downtown Indianapolis, where she cares for her many pets and works as a travel agency from home.