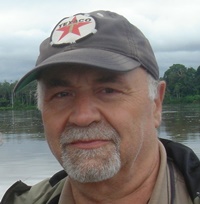 “From Basement to Betterment” is no more. Our author and good friend, Dominick Capodieci, has now moved on. I don’t mean he’s passed away. No, only that he has moved to a small fishing village on the West Coast, Las Bonitas Del Mar, there to enjoy a well-earned retirement in Hemingwayesque style.

And so, it is with genuine sorrow but also curious delight that I take up this advice column, and also with the confidence that you will give me a chance to ease your path on life’s daily battle to make sense of the senseless and overcome the often overwhelming.

This column shall henceforth be called “Aunt Minnie’s Caboose.” I do not seek to generate guffaws for any unintended double-entendres. Rather, I mean it to be the last spiritual car on a train, giving comfort and utility to our crew, in addition to providing them an asylum.

My first letter comes from Peter. Dear [A.M.]: My girlfriend, who I have been living with for several months at my apartment, suddenly disappeared last week without any notice. Yesterday, I

happened to run into her in a neighborhood bar. And there was a strange guy there with his arm all around her. I thought, “What the hell is going on?”

Dear Peter, You were obviously on the train to Splitsville, fell asleep and didn’t realize it. I suggest you go out and find someone else who appreciates you, whoever the hell you are (not to spare you any well-earned vulgarism), and move on. But remember, go home first and change the locks.

My next letter comes from Felicia. Dear [A.M.]: I am a widow of fourteen years with two grown sons. I recently vacationed with a travel group in France and was able to buy a bottle of genuine French wine, but only for one son. I was low on the local currency by that time and the store would only take Euros or a credit card. I had credit cards, but nine years before suffered a billing error that took some effort to straighten out. So you may see why I was reluctant to use a credit card again. Also, I went through a delay at French customs, which I’d like to tell you about, but it had nothing to do with the wine problem. I will save that for another time.

Dear Felicia, I am indeed most grateful for your exercising such economy in sparing me a full recitation of your French customs problem at this time (not having much rope around the house). I know the French can be such sticklers about the smallest thing. Now for the issue at hand. You’re just back from the land of  “Liberté, égalité, fraternité.” And you’re about to violate the last two of these ideals if you give one son the bottle you bought in France and the other nothing or something else. I’d keep the bottle you bought in France for myself, and go out and buy two identical French imports, the same one for each son. In the meantime, make sure not to see either son until you’ve bought the replacement bottles of wines or go back to France, where you might be recognized. Finally, my belated condolences on your husband’s  passing. He must have been a saint.

Although I usually don’t answer children’s questions, I make exceptions from time to time. Here’s one from a young girl, S, about the loss of her adored pet: Dear [A.M.]: My turtle, “Prometheus,” has been missing for three days. He was last seen on the balcony of my apartment. I have put up a sign promising a reward for anyone who finds him. Is

there anything else I can do to get him home?

Dear child, Your turtle’s name and likely fate have already broken my heart. He seems to have had great ambitions. I can only say this: go out and buy another turtle, and be sure to name him Bob or No. 43, or Blanche if he’s a she. This is to lessen the likelihood of your growing too attached to him or her. I’d say more, but I’ve run out of Kleenex.

For some reason, people care a great deal about names, even in the naming of animals. Mark writes Dear [A.M.], My family got a cat last year and we made a joint decision about his name. We ended up calling him Marvin. My wife and I (not so much our kids) thought this was so cool for a while, but some friends appeared non-plussed to the point of asking why in the world we named him after what seemed like a person and not a cat at all. What do you think?

Dear Mark, I don’t think it’s my business to stray too far into the psyche of people’s attachment to animals. But if I didn’t offer my opinion, which you solicited, what would my purpose be? I tend to agree with your friends, please hear me out. This is a cat who presumably roams around your house, especially at night. You’ve given him the appellation of a librarian or chess master, or perhaps a psychiatrist. The sound of Marvin is one where the accent on the first syllable makes it seem like you regret calling out the name. It ends by swallowing itself almost before you’re finished. Very uncat-like. I’d go with Queenie or Fifi, or even Rocky (as doggish as that sounds). Names that have the long “e” sound on the end are good for calling an animal to supper. Meanwhile, you’ve ended up with a name where your cat might insist you address him as Doctor. Which might lead to a whole new kerfuffle.

Today’s last letter comes from Gloria, another traveler. Dear [A.M.]: My husband and I doubled with another couple, friends, on a river cruise down the Volga from St. Petersburg to Moscow.

Before deciding, I explained to my husband than in doing so we’d give up the freedom of eating alone or with others and would have to have this couple at our table for every meal. I didn’t  realize that my husband’s quick agreement was not decisiveness but naiveté. After a couple days on our trip, we felt like prisoners when we realized how bored we were. Any suggestions as how to avoid this problem in the future?

Dear Gloria, Yes! First, don’t go with friends on this kind of trip unless there are at least eight of you. This avoids the exclusion problem, even if there are only tables for four. Things could get a bit rowdy, especially if you’re Aussies, but at least you won’t be bored. As a last resort when there are only four of you, get to the dining room first and pick out a table for at least six if not eight people before the other couple arrives. This will allow you to meet new people and avoid having to fixate on the strange salt and pepper shakers for the entire meal. Or praying for icebergs on the Volga.

I’ve enjoyed your letters and helping you make those important and not-so-important decisions on your various life stressors. That said, let’s keep writing. Now, excuse me. My rats are getting nervous and I have to feed my boa constrictor.

Gene Goldfarb lives on Long Island, New York, having grown up in the Bronx. He loves reading, writing poetry and prose, watching movies (all kinds) and international cuisine. His work has appeared in the small press, including Adelaide.