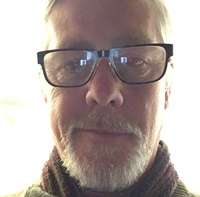 The reason? To heighten, within the populace, the fear and hatred of the perceived enemy’s threat, in order to increase the state’s authoritarian grip. A straight up and down Black Op job, of course. The evidence all leads to that conclusion.

But I’ve told you, I’m part of the living evidence that it really happened. There are photographs, a police statement I gave at the time and hospital records of the medical attention I received. And that’s just me; there’s the other victims too, including the dead. Video recordings and autopsies: the bank of evidence is massive. Provide me with your address and I’ll come round there and show you my wounds. They’re not very pretty.

No, that’s unnecessary. I, or rather we, have all the proof needed to demonstrate that the whole event was an elaborate hoax, instigated by the government in collusion with homeland security, involving actors and choreographed pyrotechnics, that sort of thing.

Maybe, or something even more sinister.

Yes, a shill; otherwise known as a plant or stooge.

In what way can I be classed as a shill?

Well, I, we, have a deep suspicion that you’re really a composite individual; that is, a singular cover for a multitude of agents operating behind you.

Oh really, and out to achieve what? Undermine the government’s own hoax? Why would they do such a thing?

That’s exactly the sort of thing they would do; bluff and double-bluff, sowing doubt and confusion. It’s the bread-and-butter stuff of spy-craft. And by the way, how did you get my number?

Jeff gave it me. Jeff X.

And why would Jeff give you my number?

He thought you’d be interested in my side of the story; thought you’d no longer think me as stupid and deluded as you portray me online.

Mm, I’ll have to check with Jeff to see if that’s true. I doubt it though, Jeff knows the

protocol. I suppose your people have me tapped, anyway.

Why would we, I mean they, have you tapped? All your wild ideas are on your sites, anyway.

It’s to enlarge their surveillance profile of me, us; the heroes of truth, the resistors of repression.

If you’re so heroic, then why attack me with such venom? Do you know of the irreparable damage you’re doing to my life and that of my fellow-victims? You’re not only denying our pain but mocking it. It’s despicable, if you ask me. All the vitriol you spew forth gets multiplied a thousand times by your like-minded illusionists. I’ve had death threats y’know; lots of them.

Well, that’s unfortunate, but I’ve been subjected to the same kind of thing myself.

Have you ever thought why?

Yes, of course. But look, I can’t see where this is all going. Without your willingness to undergo a dispassionate de-briefing about the un-authorised, albeit it, real truth, then we’ll just have to agree to disagree about the evidence.

But I, and others, are the evidence, as I’ve said. Your flimsy and fanciful findings are worse than no evidence at all. What is it about destroyed lives that you don’t understand?

Oh, I understand about destroyed lives alright; how the powers-that-be hope to control and wreck everyone’s lives.

No, that’s you; you and all the rest of the mad-cap conspiracy theorists; cowards, cowering behind computer screens, spitting venom at the big, wide-world they’re too little to confront head-on, face-to-face!

Are we finished here?

You heard me. Am I talking to a real person on this line, or perhaps dealing with a composite individual? Yes, a singular cover for a multitude of agents. Maybe you are working for the real, not perceived, enemy. Are you, yourself a Black Op agent?

Don’t sound so defensive, you seem to know a lot about this sort of thing. And come to think of it, it seems impossible to me that only one person could be responsible for so many prodigious online postings.

So you say, but without your willingness to undergo a passionate de-briefing about the authorised, real truth, and only agreeing to disagree about the exact evidence, your true motives come across as a deeply suspicious.

Hello, are you still there?