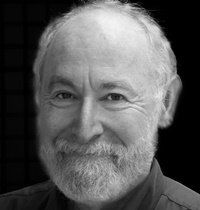 Frieda was stumped.  All of her plans had come to grief, and her new baby brother was still chirping and slurping away.  She had figured that by now her parents would have gotten bored with him; Lord knows he didn’t add much to the dinner table conversation.  But they still seemed besotted with him.  She had told them plainly to send him back to the hospital, and her mother had smiled absently, saying “you don’t mean that,” and then said to the baby, “Your sister loves you, Albert.” She had clenched her fists, closed her eyes and wished hard, but when she opened her eyes again he was still there.  Her best sulking and whining got her nowhere.  On one occasion when he started to cry, she had thoughtfully covered his head with blankets and sweaters, one after another, until her mother looked up and dug him out, giving Frieda a look that didn’t convey the approval she’d expected.

Her parents were a mystery.  She was seriously beginning to doubt their steadfast allegiance to her.  She would have to figure out something, and soon.  That baby had to go.

She lay upside down on her beanbag chair, her head on the floor.  She sucked the middle two fingers on her left hand as she thought about Albert. Why does he even have a name, she wondered.  He’s not even a person.  She had a stuffed duck, called Ducky, which wasn’t exactly a name, and Ducky had more personality than that baby.  Ducky could at least squeak on demand.  All that baby could do was suck and poo and cry, and not even when asked.  And he already had a penis, and she hadn’t even gotten hers yet.  Something was seriously amiss.

Her parents seemed to have gone over the edge.  Usually cheerful people, now they were grumpy like you wouldn’t believe.  Make a little noise and Mommy yells and Daddy scoops Frieda up and takes her into another room.  On the plus side, she did seem to get more alone time with her father, now that her mother was so taken up with Albert. Those were often sweet moments with Daddy, who would read the hippo book to her or make cakes out of blocks with her.  Sometimes he took her to the park without them tagging along.  Sometimes even ice cream was involved.  At those times, it occurred to Frieda that there might be a Plan B:  if she couldn’t get rid of that baby, she could hang out with Daddy, since Mommy was otherwise occupied.

She twisted sideways in her chair.  She sucked rhythmically as she thought back to her childhood, when she had Mommy’s warm skin and bread smells and milk taste, when she and Mommy melted into each other in a sleepy place.  And now that baby was stealing everything.  She had given much of it up long before Albert’s arrival, and she had been proud of all she could do on her own.  But seeing him lying voluptuously on Mommy reminded her of all she had lost.

The fingers came out of her mouth and tangled themselves in her hair as she got up and started kicking a giant Lego around the floor.  What could she do?  She was at the end of her resources.  For all her thoughts of dumping Albert in the trash, she hadn’t gotten anywhere.  She would have to bide her time.  She would watch and wait for inspiration.

She picked up Ducky by one foot and dragged him along the floor.  She trudged into the room where Mommy was cooing at Albert as she changed him. Frieda stood there silently, leaning against the door jamb, her fingers back in her mouth, her thumb stroking her cheek.  Then Mommy turned and said, “Let me show you how to do this.”  She came closer and Mommy took her hands and guided them to the corners of the diaper she was putting on Albert, and all four hands folded and fastened.

Frieda was surprised to find that she kind of liked what was happening. She liked the touching and being touched at the same time.  Still, she was wary. Was it a trick?

She pulled up here shirt and rubbed her tummy as a germ of a plan started to form in her mind.  She began to watch what her mother did with the baby from a new perspective.  Okay, Frieda couldn’t nurse him – no breasts, as well as no penis; whose great idea was that?  But the other things Mommy did looked pretty straightforward.  She started getting involved with Albert.  She started hugging him a lot, and not always too hard. She helped tuck him in at night, and kissed him on the head. She learned how to hold him while sitting on her mother’s lap, and when the time came, how to give him a bottle.  She helped push the stroller. And she smiled a crooked smile.

I can do this, she thought.  Albert will be my baby, and Daddy will see who’s the better Mommy.  And then things are going to be plenty different around here.

Lee Grossman is a photographer and psychoanalyst in Berkeley, California.