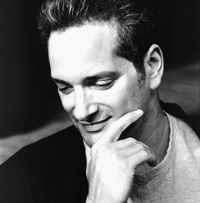 It hadn’t been intentional, Cody thought. Had it? He wasn’t self-analytical, a trait he’d inherited from his father, the man he’d “forgotten” to invite to his bachelor party.

Why was that part of the tradition, anyway, Cody wondered? You asked your best pals and brothers (if you had any; he didn’t; he was an only child), but your father? It would have been strange and constricting to have the old man there. Wouldn’t it?

Not that there had been anything salacious about the event. To the contrary, it had reflected not just Cody’s beliefs but those of his fiancée Lona. No strippers or hookers or whomever one used to employ to bid farewell to being single, to the sleaziest sense of being single. In fact, the party had been designed for Cody by Lona, who had used her gifts as a reporter on sustainability to make it a statement on the subject, a display of the dos and don’ts of leaving as fleeting a footprint as possible on the world.

The refreshments were single portions of crispy organic fruit snacks (coconut chips, pineapple slices, mango) packaged in bags made from paper cellulose laminate and adorned with funny fruit characters. The wine was made from natural waste water filled with plants scrubbing it clean with their roots. Even the location (a tiny, free-standing, 186-square foot structure) was “cargotecture,” built from recycled shipping containers designed to be dismantled and reconfigured after just one use.

Cody thought his father might not have approved. After all, Tremaine was an old school person: a retired city planner, widowed, privileged, inexpressive, though possessing a quiet and impish sense of humor he revealed just in the occasionally muttered aside which seemed to even take him by surprise, like a burp or snore he couldn’t suppress.

Cody apologized to his father for the lapse, unsure if he’d have been better off saying nothing and not opening the wound.

“It’s fine,” Tremaine said, shrugging and not meeting Cody’s eyes, as he almost never did.

“About not being invited? Absolutely. Don’t be silly.”

“Good. I’m glad.” And he really was relieved.

Cody made sure to give him a goody bag from the party and to invite him to the wedding right then and there.

That event was held outdoors at a national park, to avoid unnecessary use of private resources. Lona ordered even more edifying accoutrements: plates and cutlery made of biodegradable corn and menus from seed paper that could be planted as flowers; non-toxic candles, latex balloons and bubbles instead of confetti. There was an eco-conscious registry in which stainless steel straws, silicone cupcake liners and metal tea bags were requested. Cody’s and Lona’s rings were made from Moissanite, a rare, naturally occurring mineral that was conflict-free.

For awhile, Cody worried that his Dad might not show up. The initial meet-and-greet was over and the ceremony about to start when he finally appeared.

From feet away, Cody waved to him over another guest’s back. The old man nodded in return, looking suave in a trim black overcoat he was beginning to remove (truthfully, it was too cold for an outdoor event). Cody returned his attention to the person he was addressing. Then he did what in the dead days of show business would have been dubbed a double-take.

The invite had called for “casual dress.” His father—always physically modest—wore no jacket or tie, just a white dress shirt and jeans. More than one button of the shirt was undone, and Cody saw something around and above his Adam’s Apple.

It was the digital “scarf” that had been included in the bachelor party goody bag (the device, had been, anyway, which activated the virtual accessory). Circling a person’s neck like the headlines in the old Times Square tickertape, the “scarf” was timed to change color, size and texture as it revolved. The point was that by not using and wasting cloth it was not temporary and so not bound to decay, require a replacement and clog the environment. Unlike an actual scarf, it would never become obsolete.

His father’s wearing it was weird enough, like an old guy sporting a Nehru jacket and love beads in the sixties or—what?—a fur coat while strumming a ukulele in the twenties. It was the way he wore it, the way he wouldn’t let you forget that he did.

Tremaine usually strode in a march-like manner, knees up, back straight, arms at his side. Now through the wedding party, he sidled in the most attention-getting, focus-pulling style, his thumbs poking obnoxiously at himself and his “attired” neck.

“Hey!” Cody heard his father call from as far away as he stood. “Hey, everybody! Look at me!”

Suddenly, Cody was reminded of the snakes-in-a-can that kids opened up, containers that seemed too impossibly small to hold all the anarchy inside. His father’s lid had been lopped off and look what was springing out.

“Hey! Hey…” Now his Dad was using young person’s slang that Cody hadn’t even known he knew. They were expressions that—no matter what they meant—coming from him sounded acerbic, sarcastic, and snide.

“Excuse me,” Cody said, mortified, to whomever he was no longer concentrating on, “I have to go and…”

But it was too late. The part-priest, part-rabbi (prabbi) who was officiating at the service had placed her hand on his shoulder, telling him it was time.

All through the ceremony, Cody and everyone else were distracted by the unmistakable sight and sound of his father, still resentfully parading, pointing at himself and parroting young people’s talk, not stopping as the scarf around his neck did not stop.

This turned out to be an omen for his marriage. Within months, Cody and Lona found themselves at odds, largely (Lona believed) due to Cody’s inability to grow, adapt and change. He still hung out with his male friends, carried on with women as if free, caroused and came home late.

“You don’t live alone any more, you know,” Lona said, after (she believed) Cody had been selfish, distant or actually absent too many times.

“I know that,” he said, defensively.

“Do you? Do you know that you’re married now?”

“Of course. What kind of a question…”

“You know that you’re not a child any more but a man? Are you sure?”

Though he promised to improve, Cody (at least in Lona’s eyes) did not. For his part, he began to believe his new wife an overbearing presence, maternal in the worst way, someone who made him do what he did not want all day long.

Late one night, Cody landed at his father’s house. He was intending—at least this was how he had left it with Lona—to “cool off for awhile.”

“But what happened?” Tremaine asked, squinting while he made up his guest room (as he did so often now, he’d dozed off reading). He was back to his old patrician manner and his uniform of a black James Bond-style turtleneck and Chinos.

“It’s a long story,” Cody said, not wanting to complain, blame Lona or recall how she’d blamed him. “I think I’d just like to sleep now, if you don’t mind.”

“I don’t mind. Mi casa…” The old man left the rest of the expression hanging, because he assumed Cody knew it or he’d forgotten, Cody wasn’t sure.

Soon Cody was unconscious, soothed by being in a big bed in a room beside his father’s.

He woke up, suddenly, weeping, in the middle of the night. He couldn’t remember the bad dream that had jolted him. But he could feel tears like escaped prisoners falling off his chin, sliding down his clavicle and hiding in the hair on his chest. Exploding like an earthquake underneath, his heat beat so hard it hurt.

Cody wandered into the room next door, groping in the darkness like a ghost before his eyes adjusted. He found his father’s bed, bumping the old man’s feet as he sat down. Had he just spoken, addressed Tremaine, in a whisper? He didn’t know. In any case, the old man hadn’t awakened.

Cody felt close to him now and not just physically. Was this why he’d “forgotten” to invite him, because he couldn’t face the fact, which he now longed to embrace? Or had Cody simply not known it yet?

The two were determined to remain as they were; each had moved back or toward the other until they met in the middle. Neither was temporary; neither would disappear. They were as permanent as food preserved in plastic packages. His wife and her ilk had tried to remove and replace them, but they would not succeed, not while Cody had something to say about it, which would be forever.

Now Cody had spoken, in a voice as small and breaking as a boy’s. He snapped the switch on the cord of his father’s bedside lamp, the Art Nouveau light he’d always owned, with only its bulb like a beating heart ever replaced.

His father lay on his back, wearing an open plaid pajama shirt. The digital scarf still spun around his neck and had circled ever tighter until it strangled him. By staying the same, he had become permanently obsolete. His eyes bugged as if he had realized he’d made this most basic and primal error. His lips parted and puckered as if blowing a kiss or starting to say the name or calling goodbye to his beloved son.

Laurence Klavan has had short work published in The Alaska Quarterly, Conjunctions, The Literary Review, Vol. I Brooklyn, Beloit Fiction Review, Pank, Failbetter, Stickman Review, and Anomaly among many others, and a collection, “‘The Family Unit’ and Other Fantasies,” was published by Chizine. His novels, “The Cutting Room” and “The Shooting Script,” were published by Ballantine Books. He won the Edgar Award from the Mystery Writers of America. His graphic novels, “City of Spies” and “Brain Camp,” co-written with Susan Kim, were published by First Second Books at Macmillan and their Young Adult fiction series, “Wasteland,” was published by Harper Collins.  He received two Drama Desk nominations for the book and lyrics of “Bed and Sofa,” the musical produced by the Vineyard Theater in New York and the Finborough Theater in London. His one-act, “The Summer Sublet,” is included in Best American Short Plays 2000-2001, and his one-act, “The Show Must Go On,” was the most produced short play in American high schools in 2015-2016.