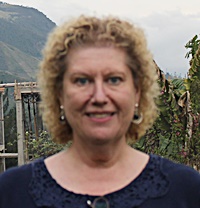 The Sliver of a Lie

Once in a blue moon, we may meet someone who appears to have life figured out, someone who knows intrinsically the right things to do and say in any given situation, someone to whom life’s rewards flow in no uncertain terms. I met Mary one day at work. I had just been assigned to a new department where I was charged with developing a timekeeping system for the Human Resources sector. Mary was the Systems Analyst on the project. In my first meeting with her, I was impressed with her ability to field difficult questions and perform under pressure, I admired her.

In short order, we became fast friends. I visited her home and she mine. We went out together. Dining. Shopping. Having a few drinks after work. The usual. She went about every pastime with her analyst’s hat on, deciding where we should eat, when we should shop and what we should drink, with the same adroit precision as she employed while analyzing systems. Under her nimble leadership, we enjoyed the finest our city had to offer. Eventually, we began traveling together. New Orleans. Mexico. Hawaii. She planned the trips and I executed her proposals, made the reservations, rented the cars, secured the tickets and basically hammered out the itineraries that she set forth.

She was a marvel. There was never a misstep in our adventures, so much so that I began to have misgivings about my own contributions to our endeavors. It sometimes felt that I was just along to provide support services and bob in the spotlight of her efficiency.

Likewise, it seemed, her personal affairs. She was married to a man of movie star handsomeness with a son in college in Arizona. She owned a spectacular floating home in a gaited community on the Columbia River, the better to host her stunning parties. If anything ever went wrong for Mary, she turned it into an asset and went on in impeccable style with no one ever the wiser. I adored her.

As our friendship grew, I continued to doubt myself. Why did she need me along for the ride? She was generous to a fault and treated our relationship like the most valuable commodity in her life, always careful to ask my opinion on matters when we knew in advance that she would have a better idea or a more cogent observation. Nonetheless, she didn’t fail to give me credit where little was due. She was like the beautiful woman who didn’t know she was beautiful. Instead, she was the exceptional one who didn’t acknowledge her brilliance. She was humble without being maudlin about it, solicitous without being cloying, endlessly clever with not an iota of self-consciousness.

Were Mary a man, I would have been in love with her. As it was, I could only marvel at her perfection and compare myself as one woman to another. One could tell she was well used to this dynamic in her interpersonal relationships as she went out of her way to compliment the people in her life, however prosaic, however uninspired they seemed in her presence.

At work, the new timekeeping system was developed and rolled out to the masses. It was received with all due accolades and the entire six-person team was given was amounted to a gold star for a job well done. Mary, moreover, was rewarded with yet another promotion and a commensurate increase in pay. While I continued perform the duties of my job in a satisfactory manner, Mary could do nothing but shine, earning one promotion after another until, in due time, she was named manager of the department.

Outside of the office, she made sure we remained equals, with never a whiff of pride or condescension. We continued to recreate and travel together. We shared with one another the joys that came into our lives, although hers always seemed grander, more worthy of notice. One cannot compete with perfection. One can only travel along in its wake, always feeling the radiance and seeking the light.

Have you ever had a friend who was perfect? How did that make you feel? Did you worship that person? Or did you bow to humankind’s baser instincts and try to find chinks in their armor? Did you wish them well? Or did you secretly hope for a minor failure to intrude upon them, just to evidence their own humanity?

Once I caught Mary in an introspective moment in her office. She looked as if she had been crying. “My husband is leaving me,” she said. “He has found a younger woman.”

The fool, I thought. How could he think he could ever find someone as perfect as Mary?

“Yes, I’m sure. He packed his bags and left this morning. He told me he doesn’t love me anymore, that he needs a different kind of woman to meet his needs. He told me he finds my independence emasculating.”

“Well,” I said, “That sounds like a personal problem of his.”

“You’re well off without him,” I blurted. “You can find someone better.”

And so we moved to find someone more deserving of her. We haunted the bars, signed up for online dating and took classes at the local college. It was not long before we started to socialize quite actively and Mary found the new man of her dreams, a professor who had been teaching our latest world philosophy course. Somewhat less the Adonis than her ex-husband, he was a kind and scholarly man. He showered her with gifts and never forgot an occasion. He had impeccable manners and a droll sense of humor. She married him within six months of his meeting and moved him into her lavish home with all of his books and his erudite ideology.

And so her impeccability came to be seamless once again. If anything, it was a greater embodiment of perfection than ever before.

Life went on, so ordinary for me and so immaculate for my friend, until the day when I caught her in the tiniest sliver of a lie. Or rather, she confessed to it, apropos of nothing, as if it had been weighing greatly upon her conscience.

She called me on the phone. “Linda,” she said, “Wyatt is not really attending college in Arizona.”

Her son was her greatest source of pride. “Not in Arizona? Why, where is he?,” I asked, dumbfounded.

“Oh he’s in Arizona, alright, He’s just not in college there. He’s in a, well, a technical school. To learn auto mechanics, of all things.”

To learn that she had misled me, as well as all of her friends and acquaintances, in such a minor detail, was poignant.

“That’s okay,” I said. “There’s nothing wrong with auto mechanics.”

“I know. But I just thought it would be better if he was, you know, in a proper school.”

“Forget it,” I told her. And I felt the slightest bit sorry for her at that moment.

Then came another oversight in her fastidious life narrative. It seemed that she had attended but never graduated the University of Oregon herself. It was, as before, a non-fact important to no one but herself.

“It matters to me,” was all she said.

So we left those subjects alone and talked of other things in the aftermath of her revelations. She seemed to prefer it that way.

Over time, I came to understand that Mary had a need for perfection in her life, not just the desire to pursue it or the appreciation of her efforts in her achievements, but an actual requirement that she betray no flaws. I wondered what had gone on in her childhood, what had made her have to shoulder this burden. She continued to exhibit her magnificent nature day in and day out, without another glitch, for many years.

Once, I arrived at the notion that she was absent self-esteem but, no, that wasn’t it. Self-esteem was something she insisted upon in herself just like so many other admirable traits. That wasn’t it. I knew only that she was missing something within herself and I never figured out what it was. Perhaps that knowledge alone gave me the gravitas to exist in her realm, the knowledge that one needn’t be perfect to be happy or admired, that I had my own strengths and virtues notwithstanding those areas that still demanded my attention.

Mary and I continued to be friends for many years until, eventually, she passed away with breast cancer still in her fifties. I will never forget her or the purposeful way she strode into that first meeting where we met. I learned that nothing is ever as it seems and if, once in a blue moon, you meet someone who has life figured out, befriend that person because she needs you.

Linda Caradine is a Portland Oregon writer whose work has appeared in The Oregonian Newspaper, TravelMag, RavensPerch and the Cobalt Review, among other publications. She is currently working on a memoir.