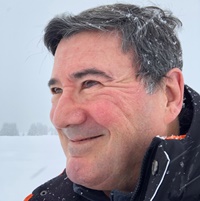 Blessed Are the Free in Spirit. A Journal in Complicated Times

Here we go again, a new book is born. A few weeks ago, when all the chapters were already written, I just had to write the Introduction to outline the purpose, goals, and contents of the book. Which, at least as regards the contents, was not an easy task at all, since this is a book that ranges across a vast array of topics and subjects.  Yet I was well aware that the contents are not what matters most, to some extent they are just a chance and an opportunity. What matters most is what certain events, facts, issues, thoughts, and feelings can teach us about ourselves, life, and the world around us. I’d say that this book is a dialogue with myself about my understanding of and relationship with life itself.  Existential, political, and philosophical issues—which are frequently recurrent in the book—are functional to wider self-knowledge and self-understanding. But this is not a philosophical book, despite the many philosophical issues that crowd its pages. Nor is it a political one, despite the seven subchapters devoted to the Trump era and its implications in the political, social, cultural, and economic life in the U.S. and elsewhere.

Let’s put it this way: to me, it is always like this in people’s lives, the idea is to always go forward, to progress toward an ever better condition. And it is right that it should be so. But reality rarely matches the initial vision exactly, and often it marches in the opposite direction. Contrary to popular belief, in our times many never stop unlearning, nor do they give up rising in the hierarchy of what is contrary to the Good, the Beautiful, the Just, or simply the Reasonable. Ours are times of intellectual chaos and moral relativism, if not nihilism, and everything seems on the verge of falling apart, as the events of the recent past in the U.S. and elsewhere, in case it was needed, have abundantly shown—by the way, while I was writing the Introduction, thousands of President Donald Trump’s ardent supporters violently were storming the U.S. Capitol building, prompting evacuations, injuries, and arrests…

The whole story of Covid-19 fits perfectly into this context, to the point of becoming, at least in my mind, an effective metaphor of the Zeitgeist, which is interwoven withindividual and collective pursuits, aspirations, and ambitions that are so very often ill-conceived, short-sighted, and based on false premises.  Yet, such an upside-down world is nevertheless our one and only world—and it is well worth fighting for, in spite of everything. In a small way and to some extent, Blessed Are the Free in Spirit. A Journal in Complicated Times is my contribution to the fight.

Like my previous book, Blessed Are the Contrarians. Diary of a Journey Through Interesting Times,  this one is a kind of diary of a journey through our time—politics, culture, lifestyles, worldviews, etc.—and back home again, where “home” stands for a deep sentiment of belonging to our own free and indomitable spirit, which is much stronger than the spirit of our times, however powerful and attractive it may be. Moreover, in this book, as in Blessed Are the Contrarians,  I have selected some of the articles posted on my blog over the last few years, those most suitable for this traditional mode of communication. In other words, Blessed Are the Free in Spirit is somehow none other than Part Two of Blessed Are the Contrarians. But with a couple of differences. The first being that in this book, the “journal” entries are arranged in chronological order (from most recent to oldest), as well as by subject matter.  The second is that the author is no longer exactly the same person he was when the first book came out in 2012. This for the simple reason that time never passes in vain.  As Heraclitus said, “You cannot step into the same river twice.” The water in the river is never the same, it is constantly moving, so the river is never the same river twice…

One word on the title of the book. A free-spirited person can be many different things—even (at least apparently) opposed to one another rather than harmonious or compatible—because their heart is their compass, and heart has no boundaries or rules imposed from outside. When they are religious, they tend to focus on the innermost teachings and truths of their religious faith rather than the “letter” of the Scriptures—and therefore they’re often, if not always, on the verge of heresy… They do not dwell on the past but resist a progress built on the destruction of traditions that go back many centuries and of the systematic denial of our history and civilization. They are fiercely independent, but can still develop a close emotional bond with those who provide for them and look to others for protection. They deeply care about their beliefs and what they feel strongly about but seem to not worry at all—except the bare minimum—about normal stuff like money, career, success, etc.

Free-spirited people are the salt of the earth, they are not restful persons. You never relax with these people. They are inspiring and thought-provoking, challenging and uplifting, men and women at their best. They are “contrarians” in the best sense of the word. And so they are somehow a step ahead of those to whom I dedicated my previous book. Some time ago, I stumbled upon an excellent definition of that blessed kind of person: “A free spirit is not bound by this, that, matter, materialism or opinion. They sing, dance, and flow on the wind—for they are at one with it. They are nothing and everything—void and expanse. Even space and time do not confine or define them. For they are pure energy itself” (Rasheed Ogunlaru).

With that being said, please note that free-spirited does not mean self-referential,  solipsistic, or selfish. Quite the contrary. It’s because they are deeply in love with Life, Humanity, Poetry, Music, Dance, Theater, Writing and so many other things that Free-spirited people are what they are—if they flow on the wind it’s because they are at one with it! If they are self-confident it’s because they have faith in life! As the French say, tout se tient (everything fits). Freedom itself is not an absolute, not an either-or proposition, but a set of relations, possibilities mixed with actualities. Likewise, freedom of spirit, which is the quintessence of human nature, is basically the fruit of a compromise, a miracle of balance and elegance. Ultimately, free-spirited people cannot but be the result of a coincidentia oppositorum (the coincidence of opposites). As the most elegant of essayists and a living miracle of balance and intellectual like Michel de Montaigne once said,  “One may be humble out of pride.” Which is certainly not a good thing, but what if we apply the same scheme in positive rather than in negative terms? Well, let’s say, for instance, that one may be cheerful/ironic out of seriousness, easy-going out of severity, naive out of sophistication, and so on. Hence Montaigne’s writing en chair et en os (“in the flesh”), as well as the imperceptibly subversive turns of his sentences and the slyly ironic tone that often creeps into his Essays. That’s what free-spirited people are made up of, and why they are the salt of the earth.

By invoking blessings on the Free in spirit, I’m trying to express the feeling I feel for them, my deep admiration and gratitude for their very special contribution to mankind and society. They are my North Star, my source of inspiration, and the reason why I am what I am. I would like to think that in whatever I write there is something the free-spirited writers and thinkers of the past centuries would approve of. Likewise, I hope what I write does not displease the free spirits of our day too much.

Title: Blessed Are the Free in Spirit: A Journal in Complicated Times.

Samuel Robert Piccoli was born on the Island of La Maddalena, off the northeast coast of Sardinia, to an American mother, from Philadelphia, and an Italian father, from Treviso. When he was very young his family moved to Rome. He studied political science at the University of Rome. He then moved to Venice. S.R., best known in the social media world as “Rob,” attended the Ca’ Foscari University, where he graduated in philosophy. He also studied English at San Francisco State University. A blogger, a History teacher (until a few years ago), a writer, Rob is based in the Venice area and lives with his wife, his daughter, and their dog. In 2012 he published Breviario del giovane politico (in Italian) and Blessed Are the Contrarians. In 2014 he published his third book, Being Conservative from A to Z. In February 2021 he published his fourth book, Blessed Are the Free in Spirit.