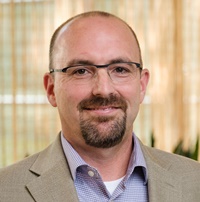 You’ll Always Be the Trump Neighbors

I’ve seen you walking your dogs around the neighborhood. Almost every day for the last 17 years, ever since we built this house in a far-south suburb of our midwestern city.  The dogs have changed over the years. You have three now.

And you’ve both changed over the years as well. As have I. Looks like you’re nearing retirement, maybe not quite. I’ve got less hair, more pounds. You both look like you’ve put on some weight, too, although all the dog walking has helped.

We’ve had two different dogs over the years we’ve lived here, with a three-year gap between them. Just enough time to get over the “I’ll never have a dog again” heartbreak of saying goodbye to a dog.  When I walk the dog we have now, we pass sometimes and I don’t make eye contact. It wasn’t always this way.

You seemed nice. After all, you’re dog people. You keep a neat, clean yard, keep your house and vehicles maintained. Nice curb appeal. Must be nice people.  Then the flag went up.  My wife didn’t believe me when I told her. We were driving out of the neighborhood and passed you. You were walking the dogs. You waved. My wife waved back. I didn’t.

“You know they’re the people with the ‘Fuck Your Feelings’ flag in their backyard, right?”

She’s not one for details, didn’t even know such a flag existed. I’d seen it before, on my backroad drive to work. Instead of leaving the neighborhood, I took a left turn to drive by your house and show her.  There was just enough breeze to make it legible.

In your backyard. In a neighborhood. Where neighbors walk their dogs on your sidewalk and kids ride their bikes past your nicely groomed home with the big wooden Welcome sign on the porch.  Not sure which to believe. The sign or the flag.

I used to nod as I’d see you coming the other way. Make small talk while the dogs checked each other out in that way that dogs do.  The weather, the Colts game. Have a good one, probably see you tomorrow.  I stopped nodding in mid-2020, after I saw the flag for the first time. Started crossing the street instead. The dogs were confused. Didn’t understand why they didn’t get to say hi to their friends.

Decided to believe the flag, not the sign.  I tried not to even look in your direction. Just put my head down and kept walking.  Sorry. You don’t get to fly that flag and pretend to give a shit about your neighbors. Not even if dogs are involved.

A couple weeks before the election, my wife and I were walking the dog. We passed you, trying to ignore your existence. You had a new dog, a black lab. Big, but clearly still a puppy. Wanted to say hi.  We kept walking.

“Ignore it and keep walking,” I muttered. I kept walking. My wife stopped.

“You’re the people with the Fuck Your Feelings flag, aren’t you?”

You stood. Seemed unclear about how to respond. Finally, “Yes. I’ve asked my husband to take it down.”

The flag came down a few days after the election, as it was becoming clear that the mail-in ballots would put Biden over the top.  We still pass you on our walks. Our dogs still try to greet each other. You still try to allow it to happen. We still keep walking.

I put my American flag up today, just before noon, when Joe Biden was scheduled to become the 46th President of the United States. When it was scheduled to be official. Fuck Your Feelings man would slink off, tail between his legs. A disgrace, but nearly successful in his attempt to destroy America.  Maybe he was successful. I guess we’ll see.

You’ll always be the Fuck Your Feelings neighbors.

I hope it was worth it.

Chris Sowers is a freelance writer, editor, and writing coach living in central Indiana.  He likes most of his neighbors.