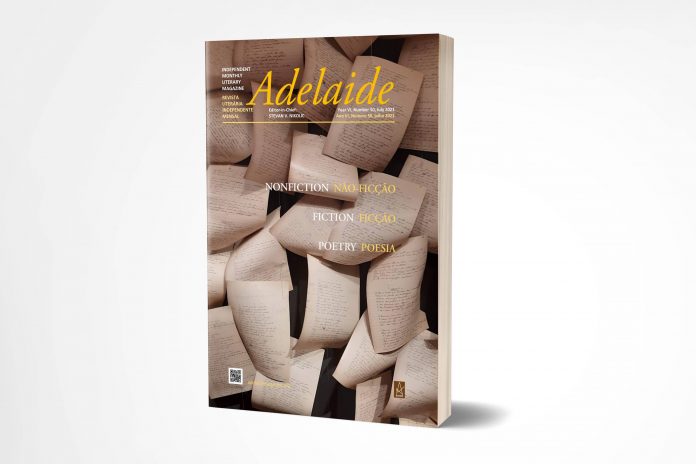 A Big Wind Knocked It Over

Westron wynde, when wilt thou blow,
The small raine down can raine.
Cryst, if my love were in my armes
And I in my bedde again!

My husband is anxious of late. Not just a little anxious, but very anxious. One of the things that increases his anxiety is the wind.

We live in unincorporated Edmonds, north of Seattle, Washington. In the fall and early winter, windstorms sweep through our region, the Pacific Northwest, plucking limbs from trees and shingles from roofs, uprooting whole trees and blocking roads and knocking out power for thousands of Puget Sound Energy customers. In minor storms, the wind gusts 40 miles per hour or so; in our “big blows,” they reach 75 or even 100 miles per hour. According to an article by Clifford Mass and Brigid Dotson that appeared in AMS100, these “extratropical cyclones” are as powerful as class two or three hurricanes. They develop in the Pacific Basin and then unravel along the Pacific coast, sometimes swirling up and around, through British Columbia and down into the Puget Sound from the north. As Mass and Dotson explain, our rain-saturated terrain and tall evergreen trees intensify their effect.

The next morning he got the plunger out and unclogged the toilet. I watched, fascinated, as his life righted itself, a little boat, bailed out for now and sailing toward a patch of blue sky.

In the Bible, in the book of Job, God speaks out of a whirlwind. For the prophet Samuel, the wind has wings. In the book of Jonah, the Lord “hurl[s] a violent wind” and Jonah ends up in the belly of the whale. In Isaiah: “So they will fear the name of the Lord from the west /And His glory from the rising of the sun, For He will come like a rushing stream / Which the wind of the Lord drives.” In the book of the prophet Nahum, the Lord punishes the guilty with whirlwinds, and “storm is His way.” In the New Testament, a storm overtakes Christ and the disciples on the Sea of Galilee, and after Christ’s death the spirit descends, in Acts 2:2, with “a violent rushing wind.”

The wind buffets against our house, and my husband stands at the window, shaking his head, and saying, “This is bad news.” At least he is not alone in viewing the wind as apocalyptic.

He has been diagnosed with Depression and GAD, Generalized Anxiety Disorder. A doctor recommended that he avoid coffee, but when he Googled coffee’s effects, he learned that while caffeine is bad for anxiety, it is good for depression.

The Columbus Day Storm of 1962 brought with it hurricane-force winds. It is on the record books as being without equal on the west coast, and it was possibly the worst non-tropical storm on the continent during the twentieth century. In 1962 I was six years old and in the first grade. My rural school in southwest Washington was damaged by the winds, enough so that the next day we were on the front page of the Chehalis-Centralia paper, The Daily Chronicle. On Columbus Day itself, there was a school holiday and I was at home. I have no memory of the storm, only the headline and picture in the next day’s paper. I know that school was canceled while the roof was repaired, an unexpected and unmerited holiday. I don’t remember if we lost power at our house, but I would guess that we did. We had a wood cookstove on the backporch, a wood-burning furnace, and lanterns. I don’t think my parents minded the outage, even though, in October of 1962, they had five children, including a baby only one month old. I’m sure that I didn’t worry about any of it.

I vividly recall the Inauguration Day storm of 1993. My husband and I were at that time hoping to adopt a baby and the young woman we called “our” birthmother, Selena, was nine months pregnant and overdue. She needed someone to drive her to the doctor, and though we lived north of Seattle, and she lived in Tacoma, no wind of whatever magnitude was going to stop me from fulfilling this office. As I exited the freeway near Selena’s mother’s house, Maya Angelou was reading her commemorative poem, “On the Pulse of Morning,” and I pulled the car over to listen. I was late picking up Selena, though we made the appointment on time. When the baby was born, Selena and the baby’s father changed their minds and kept him. Which had nothing to do with my being late to pick her up on January 20, 1993, or I don’t think it did.

I wake in the night and I worry about him.

My husband’s worry this winter has far outstripped my mother’s.

I’m not a great sleeper, and I admit to having at times cultivated a thoughtful insomnia. Lately, however, my sleep is more disturbed than usual, carrying me through the night, clanking and screeching like a freight train. I wake and listen to the wind. I watch TV. I read. I drowse in short bursts, and toward morning I grow confused, falling asleep in one boxcar, waking to find myself thrust into another, propped amid crated cargo. When I do sleep, I don’t pry open a single crate. When I wake, I remember no dreams.

A few weeks ago, our middle daughter, aged 25, was walking her roommate’s dogs late at night and was hit by a car. Paramedics were called, though she was only shaken up, scraped and bruised. She called me at 11:30—who knows why we need to talk to our mothers at such times—and though she insisted that she was all right, I got out of bed and put on shoes and drove to see for myself. It was a moonless night and wind was whipping the trees around. The wind seemed to blow all of my other worries straight out of my head—the unexpected bill, the sore shoulder, the looming deadline, even my husband’s anxieties—these became smaller than small. They hunkered down like mice hiding in a hole.

The next morning, when I filled my husband in on this adventure, he lifted his arms and exclaimed, “What will this cost us!”

It isn’t that I don’t worry about my daughters, but I believe that my job as their mother is to hold fast to an image of their ideal selves. They are smart, strong-willed, capable young women and of course they can figure this out (whatever this is) for themselves. My husband, on the other hand, seems to think that, even though they are now young adults, that they are still his needy little girls. He has to buy their tires, pay their insurance and their doctor bills, and do their taxes. My clever girls shake their heads and say, “Well, if it makes Dad happy!”

On his better days, “anxiety” feels too pretentious a word for what has beset my husband. That he frets is closer to the reality. His concerns, worries and fearful ideations put me in mind of a too tightly strung instrument. His constant fretting releases a discordant music, a jangling and twanging of tortured notes that sets even our dog to pacing, that makes our cats howl.

On a whim (which, being a turn, a start, a freak, a fancy, an impulsive blast of inspiration, could itself be a wind word), I decided to look up novels with “wind” in the title: Gone with the Wind (Margaret Mitchell), The Winds of War (Herman Wouk), Wind in the Willows (Kenneth Grahame), The Name of the Wind (Patrick Rothfuss), Fair Blows the Wind (Louis L’Amour), Where Wind Meets Wave (Caroline Fyffe), Cold Wind (C. J. Box), What the Wind Knows (Amy Harmon), A Vengeful Wind (James L. Nelson), Embrace the Wind (Susan Denning), The Western Wind (Samantha Harvey) – these were just a few. According to Goodreads, there are 53 romance novels with the word wind in the title. Not by accident, I found my copy of Laurie Colwin’s A Big Storm Knocked It Over, and lay awake quite late, rereading it.

Each morning my husband, bleary-eyed, reads the newspaper cover to cover, looking for what is wrong with the world. He frowns, shakes his head sadly, clucks his tongue. What will he do with this tired old body of yesterday’s news? He tries to share the highlights with me, but I don’t want to listen. Finally, he has no recourse but to fold the newspaper open to the crossword and begin inking in the squares, time’s nephew writing its obituary.

During his current crisis, he can’t finish the crossword. I sometimes rescue one from the bin and finish it for him. Now I’m the one fretting.

A more useful morning practice, for me, than reading the incessant and appalling news headlines, is to write in my journal. Usually I fill a page or maybe two. During this winter with my husband’s anxiety, I fill three or four pages, or more. He interrupts me to ask what I’m doing, where his glasses are, where his cell phone is, or what I make of a news story about the president. I hunker over my journal. I’m like a child building her own kite out of balsa wood and newsprint. When the adults say the wind today will rip that kite apart, you’re just wasting your time, I keep writing. Maybe nothing will ever come of the lines I scrawl in blue ink on the white pages, but I love my time with the crinkly paper and strips of wood and Elmer’s glue. It calms me. I’m perfectly happy here, lost in play.

On a website of severe weather records, I learned that the current record for strongest measured wind is held by Tropical Cyclone Olivia, which hit Barrow Island, Australia, in April of 1996, with gusts up to 253 mph.

“It’s an ill wind that blows no one any good.” This old saying is first recorded in John Heywood’s A dialogue conteinyng the nomber in effect of all the prouerbes in the Englishe tongue, 1546: “An yll wynde, that blowth no man to good, men saie.” To paraphrase, the wind blows in good fortune as well as ill, it sails ships and windmills and—even when it’s an “ill wind”—it will keep blowing until it blows the bad on through and something better takes it place.

When I shared this thought with my husband, he shook his head knowingly and said, “Unless something worse takes its place.”

There was nothing in the newspaper warning of it, and it is no longer the season for it, but late yesterday afternoon we had another windstorm. It howled around the house like a wild animal, maybe like williwaw, biting off limbs of trees and shaking them into our backyard. I watched from the kitchen window as one big limb thumped down on the clothesline and another fell on our deck. I thought of a line from an Emily Dickinson poem: “When Winds take Forests in their Paws—” My husband came up behind me and watched, too. An hour later, it was over. My husband walked out to get the mail and when he returned he said, “It’s a surprisingly beautiful day.”