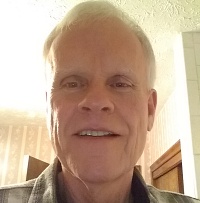 I met an unkempt man on the busy sidewalk today.
He stared wildly at me and shouted,
“You both must be quite mad.”
I sensed it was something he just needed to say.
So I nodded and smiled to pacify him,
and then went on to tell him of many things,
much of which he did not understand.
But I spoke,
because he needed to know.

My next meeting was with a sad-looking woman waiting at a bus stop.
She looked at me through spent eyes,
then faintly smiled and whispered, “I know.”
I asked if she could tell me why,
but she just shook her head.
I soon grew weary of her company
and walked away,
not knowing any answers.

I then met an elderly priest at the shelter,
but not being of his religion,
I felt I could not speak to him.
Perhaps he understood this.
He said nothing and just occasionally nodded,
so I was probably right.
We sat there in silence
as faceless figures shuffled by.
Then he disappeared into somewhere.

As late afternoon melted into the long shadows
of evening, I walked to the base of a tall stone tower.
Knowing I hadn’t the strength to climb to the top,
I laid down on the cold, wet ground at its base
and I wept.

My swaying branches will tell me of her arrival,
and fallen leaves will whisper to me when she vanishes into somewhere.
Carousels and carnivals are confusing, yet alluring,
like her, when she shoots her web from inside herself.
It can be quite lethal,
but so soft and inviting to lie in.

Feeling trapped may simply be accepted
and have its moments of delicious rapture.

A rushing stream sweeps me
to the eventual eternity of the ocean
and that never-ending line on the horizon.

Spit into the sea, I willingly accept my mission,
back upstream like those frenzied salmon,
intent on their purpose and their self-destruction.

It is a long way back,
but her web awaits,
and I feel my branches begin to sway.

The leaves won’t fall for a while,
not until she is sated again.

I Loved My Job

I wanted to work there,
so they let me.
The white rats became my friends.
People there had white coats too,
but their coats had pockets
for pretty pencils and pens.

The lights were always so bright,
and I liked that.
Even when it rained it was bright inside,
and I felt warm and safe.

The people were always so busy
writing things
with their pretty pens and pencils.
The rats were busy too when the people were there.

I wish I could go back there.
I miss the bright lights
and the colors of the pretty pencils and pens
. . . and the rats.

I sat on a plain wooden chair.

On the first table was food for thought
neatly placed on a fine china plate.
It tempted me to take a taste,
but I was too cautious to take even one small bite.

On the second table was opportunity
hidden in a golden goblet.
I thought to peek inside, but hesitated.
Then I saw it quickly snatched away by another.

On the third table was regret
tightly wrapped inside a plain brown package
encircled with twine and tape.
It made me feel uneasy, so I looked away.

On the fourth table was satire
pinned to a raggedy clown puppet,
but clowns frighten me
so I avoided its gaze.

The fifth table was difficult to see
since the fog partially enveloped it,
but I could make out the word “indecisiveness”
seemingly floating above the table.

Beyond I saw only vague outlines
of a few more tables,
but was unable to discern what each had to display.

I wondered how many more tables reached
deeper into the fog.
No matter though,
since I now understand this plain wooden chair
is meant to claim me forever,
while my eyes weaken
and my hunger and thirst wane.

Roger D. Anderson: I enjoy reading and writing poetry.  I only write when the words and emotions and feelings are suddenly moving about in my head.  They beg me to quickly write them down, lest I soon forget them like last night’s dream. Credits include Fine Lines, Westward Quarterly, Nebraska Life, Cholla Needles, Chronogram, and Scarlet Leaf Review.  Several of my other poems have been accepted for publication in an upcoming edition of another journal.”