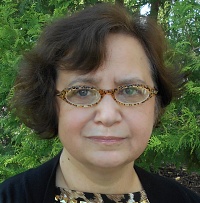 Five people living in a one-bedroom house was not unusual in my neighborhood. I suppose you could call it a neighborhood, though each street seemed to have an independent streak and there was a hierarchy, even among the poor. It was a small, incorporated city “out in the country” as we would have called it then. We were cut off from the rest of the county on some basic utilities and we even had a trunk line telephone that would terrify and confuse anyone under fifty today, or anyone that had money. In our cramped and dirty kitchen there was a rotary dial phone on the wall with an old wooden school desk under it, that is where we made our phone calls, if we were lucky.  You see, our trunk line was shared by the neighborhood and you would pick up the phone and hope for a dial tone and then make your telephone call. If you were truly lucky, you would pick up your phone and could hear a neighbor’s conversation (both sides)! You would know what people were up to and it was invariably more interesting than what you were up to. Grandma (did I mention I lived with my grandma?) would sometimes listen longer than was polite and doodle on the notepad that was always on the little desk along with a pen or two. Under the desk in the book cubby several phone books were housed. Phone books, you may recall, were the source of phone numbers to call if you were lucky enough to get to make your phone call. They also contained maps, most useful if you were lucky enough to go anywhere and needed to find your way. If I made a phone call, I also doodled, I still do, though I have not gained any marketable talent in fifty years.

Our home was small, not tidy, we had a big yard with a vegetable garden, fruit trees and “the woods”. I lived here with my grandmother, Grandad (her 2nd husband), and my aunt and uncle from that marriage who were not much older than me. We had big dogs and bigger dreams. We had small amounts of money and buckets of creative ways to get more. Before it was Earth-friendly to gather and recycle aluminum, we did, and we also collected bottles that could be exchanged at the IGA for coins to be spent on groceries. We grew our own vegetables and canned some for winter, we “borrowed” raspberries from the neighbor’s yard, we made ice cream from snow. Grandma could identify every tree and every bird, she headed up the local scout troops, she trooped us to the school bus stop and public bus if we needed anything the yard and IGA could not provide. Trips to the library were my favorite, gazing up at the domed ceiling in the entry and finding my way to the children’s area to see a world beyond our reach. If I were to be totally honest about my favorite activities, walks to the tiny local store for penny candy would be number one. Our aluminum can riches allowed the odd dime to well-behaved children which was richly rewarded with a bag of penny candy. So, there you have it, candy first, books second. That holds true today.

My grandmother had moved to America ten years before I was born with her mother, daughter (my mother) and a cat named Pinky. There were a variety of reasons for this move and speculation endures today, but I always land on the “fresh start” explanation and it satisfies me. She was from England and while she did eventually get to return there for visits, there was rarely a day that went by that she did not dream about traveling to England, or Mexico, or Florida, or anywhere.

Eventually, I went to live with my mother in an apartment and my grandmother resumed working. She rode the bus downtown to her job and sometimes I would take the bus from where I was living to meet her for lunch. Her trunk line eventually became a regular phone line (with a push button phone!), the garden began to get smaller and the dogs died off.  The tiny house on Walnut Road had changed little, Grandad was never interested in repairing things as much as he was interested in fishing-and abusing Grandma.

The abuse had started years ago, but it was many years before I realized what was happening. Grandad had a violent temper and there was never a pattern as to what might “set him off”, it just happened. Grandma would tell my uncle (who was 5 years older than me) and I to go play in the woods and stay until she came for us. And we would. Hours in the woods, but to me it was an adventure, climbing trees, looking for ancient ruins, once, I even developed an irrigation system to nowhere. The woods were a haven of safety until Grandma came for us after Grandad left to work the nightshift, and, inevitably, she had walked into a door again.

Years later, she moved out to live with her other daughter in the country. She watched her grandchildren and her mother, retired from her job, tended a tiny garden, started another scout troop and got smaller dogs this time. Life continued like this for a number of years and it wasn’t grand, but it wasn’t poor. There were no fears of Grandad because he could not be bothered to drive that far to see or abuse anybody and eventually, he died, still living in the tiny house on Walnut Road. Grandma still dreamed about the places she would go, though sadly she never made further than the state fair.

Then it came for her. Alzheimer’s Disease. There were little signs at first of course, forgetting names, appointments, missing her favorite TV show. But this happens to everyone and she was in a very active household with teenagers to keep track of. Then it got worse, like the time she forgot she collected owls after I gave her one, or the time she called me in 2008 to wish me a Merry Christmas and then called back five minutes later and we had the exact same conversation. I sat down and I cried. I knew The Fade was coming.

Through a series of family events, they returned to the tiny house on Walnut Road. Her disease progressed, but she always kept her good humor. She would repeat the same jokes, enjoy her cup of tea and ice cream, often with a dog on her lap.  The Fade continued though, at a faster pace. The Fade does not wait.

Grandma was moved to a memory care unit after a series of events that indicated she now required around-the-clock care. The first visits were the hardest, she knew she was not home, but did not know where she was. I explained it was a retirement community and she shared a flat with someone. Flat, meaning apartment, her American words transitioned back to her English words and phrases and I had to adjust my vocabulary as well during our visits. I often felt like I went down the rabbit hole with Alice, but so be it. The Fade was coming. She seemed to accept her home faster than others I witnessed. In her unit, residents shared common spaces much of the time and I got to know several residents quite well during my visits. Many, upon arrival, kept their shoes on and held tight to their purses, they looked terrified. They pleaded with you to drive them home, over and over.  Usually I would tell them it was raining and that ended the conversation. For three years I visited, watching Grandma fade, I would show her pictures from her youth and she would cry at the photos of herself. She knew everyone in those images. Her mind was in there, just performing differently, in a different timeline. We would talk about England and I would promise to take her there again. I would take her home.  In those moments, talking about home, there was clarity in her eyes, I was not imagining it.  I often wondered if she knew what I really meant, that I would take her remains home.

She hated the food there and despite their best culinary efforts, I began smuggling in cheeseburgers and chocolate. The Fade also comes with “the mood” and sometimes my efforts were rewarded with a cheeseburger being flung at my head. Whether she even knew who I was often was a mystery to me, but I kept going, feeding her, talking to her, playing John Denver for her (her favorite), and watching The Fade. Her English accent remained all these years and so did some colorful words from her mother country. The expressions were of particular interest to the staff who would come to me and ask what she meant and repeat what she said. Generally, it wasn’t a very nice thing she said, but I would twist it (after all they were looking after her) and adapt the meaning to something kinder.  Later, I would laugh to myself about it, The Fade had its lighter moments.

Over the course of her time in the nursing home, The Fade continued to ravage her mind, now it came for her body. She had not been able to walk in a while, her weight was very low, and, despite my best efforts on the cheeseburger front, she rarely ate. In the winter that followed, she was hospitalized twice and returned to the nursing home when she was “well”.  It was the flu which came, went and returned with a vengeance. At 93 years old, there was not much do be done if they wanted to. Thus began the final Fade.

The Fade, the final Fade, lasted a few weeks. She was confined to her bed, not eating, not drinking, not responding.  That last day I arrived at noon and stayed by her side all day, talking to her from a chair next to her tiny bed. The staff brought me a tray with coffee and snacks, they knew I was not going anywhere until she did. I talked to her about everything and anything, the secrets I could not tell anyone else, the apologies for things I should have done better, again the promise to take her home. She lingered for eight hours, rapidly breathing, but no other response. This Fade was unavoidable, and I did not want to say goodbye, but goodbye was also what needed to be said.

I climbed into that tiny bed with her and held her. There were tears in her eyes, I feel like she knew I was there. I told her to go, that I would take her home to England (a promise I kept) and that I loved her. And after just a minute or two, she Faded.

My grandmother, Mary in her passport photo, 1955.