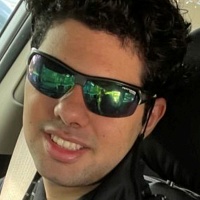 “Sorry for the tough way we brought you here, but it was for security and important purposes,” said a man with a tone of a mix between a young person and an adult. “Let me introduce myself, my name is Edward Constantine. This man by my side is my partner, Johnson Daytona. We work for the FBI, and we are currently searching for the leader of the terrorist group FATE, which attacked a big city in Florida six days ago. Causing many buildings to be destroyed and killing a big number of residents in the process, which includes women, kids, and pets. Many of our reporters had found that the leader of FATE is a woman. So, as you can see, we have you here because you are highly suspect of this case. So please, give us your information and cooperate with us to catch the leader.”

After listening to Edward’s speech and understanding everything, the woman nodded her head and accepted the man’s request. Edward took four pictures from his pocket, gave them to the woman, and said:

“First, tell me your name and age, miss,” Edward said, “then look at these photos and tell me if you remember any of these scenes.”

The woman introduced herself as Anna Minerva of 20 years old, then, she analyzed the photos and noticed her face in all of them. In each of them, she wore the same clothes and had the same makeup. She also wore a black jacket and black jeans. For her makeup, she had white skin all in his body, from her face to her legs. In addition, she had two black lines on her skin, on her head, and hands. In the first photo, Anna was hanging with two tall men in a Chinese district entering a restaurant. In the second one, the woman can be seen talking with a red public telephone talking to an unknown person. In the third scene, Anna is reading a map of a city in Florida with one tall man by her side. Lastly, in the fourth one, she is entering an alley between two buildings. After she analyzed the four photos, Anna changed her look into Edward and said:

“Sorry to answer you this, Mr. Constantine,” said Anna. “But to be honest, I don’t remember any single one of these pictures you showed me. Even so, the only one I can remember is the one in which I’m entering the alley since that’s the last thing I remember before I opened my eyes here. Other than that, I can’t say much.”

Edward turned his back on Anna and said:

“You are correct with that last thing, Ms. Minerva,” said Edward, “because that’s the moment when we decided to catch you. Looks like the drugs were so strong that it put you in a state of insomnia.”

“Exactly as you heard, miss,” said Edward while he was turning his face back to Anna. “For your first punishment, we decided to inject drugs on you.”

A big tension and nervousness surrounded Anna’s body. While she was processing the situation, Ana thought: I am the leader of FATE? If that is so, how can’t I remember a single thing? Why do I need to suffer for something that I don’t remember? Then, Anna said:

“Wait a second. It’s not fair for you guys to do this to me if I can’t remember anything, right?

Edward took out a black revolver from his left pocket, and while he was reloading it, he said:

“True, it’s not fair,” Edward said calmly, “but it also wasn’t fair what you did to all the innocent people in that city of Florida, right?”

Edward interrupted Anna’s words by shooting her in her left foot, which also made Anna let out a big cry of pain inside the room. The wound caused Anna to let out little cries for 30 seconds. It also made her drop large beads of sweat around her body.

“That was your second punishment, miss,” Edward said, “anything you want to say?”

“You want forgiveness? Get religion. I’m sure it will be a great help in your future, after your death. You also didn’t have forgiveness with the people of that city. You know who also was in that city? My wife, whom I recently married and who was pregnant. Do you know who was there too? My ninety-nine-year-old grandfather, who in two weeks was going to finally turn his hundred. Not only did you destroy the homes of thousands of people, but you also caused many to lose their families and their jobs. In other words, you destroyed their lives that they fought so hard to obtain.”

The shot caused Anna to let out another cry of pain. Then, Edward hit Anna several times using the gun in her face, which made Anna drop blood from her mouth. After suffering from several hits, Anna said:

“Be honest guys, are you the FBI?” Anna asked, “because you are going pretty tough with this.”

“Who knows?” Edward said, “we might be, we might not be. However, that doesn’t matter because you will die soon.”

Edward hit Anna with anger in her face again, but this time, he did it with his right leg, making her bleed from her eyes, nose, and mouth. After receiving them, Anna said:

“Now I remember everything,” she said using her few strengths. “Those punches and legs made me feel lively. Such a good feeling is being hit by someone, isn’t it?”

Edward looked at Anna’s eyes with a lot of angriness and said:

“You sure are a masochist bastard, aren’t you?” Edward said, “seriously, you don’t have mercy for your victims?”

“Mercy? Mercy is only an obstacle for humans to accomplish their goals,” she responded by smiling. “Kids, pets, wives, husbands…All those things are just mere obstacles that will get in your way to achieve your true desires.”

After listening to Anna’s words, Edward got seriously angry. He pointed his gun at the woman’s forehead and shot, killing her in the process. Anna’s body dropped to the floor and caused her wound in the forehead to let out a little lake of blood. Edward continued watching Anna’s corpse with angriness for several seconds until Johnson Daytona grabbed his arm and tell his partner the next words:

“She said that she did an innocent sin and wanted forgiveness. You could have forgiven her back when she didn’t remember anything. It would have left a better conclusion than this one.”

Edward turns his furious face to his partner and said:

“A sin is still a sin, my friend. It doesn’t matter if you remember it or not.”

Carlos Reynoso is a bilingual person from Latin-America. He has experience in creating flash fiction stories with genres of mystery, action, or drama. He was born and raised in the Dominican Republic. Right now, he is living in Florida with his grandmother. Follow him on Twitter @cjreynosonoboa.