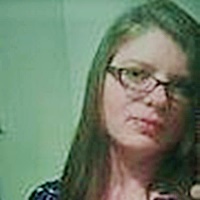 June 8th, 2006, in the early morning hours, I found out my dad is divorcing his wife after 16 years. Sweat dripped down my face in a dingy, dusty, old warehouse you can put 5 football fields in. On the production line, I packed Jack Daniels in fancy boxes. It’s a nonprofit production company, small with only 50 employees who had barriers to employment. I denied I was one of them. The boss, pulls up in a cranked up dirty golf cart, walked up to me. She said, “Haley, work is slow, we will call you in a month.”

“What?” I replied, like someone slapped me in the face. This can’t be true, glanced down at the papers they gave me. I clocked out at 5 pm, and the bell rings like its high school. Thinking, I can depend on the old man.

Outside my back door the faded windmills spun in the hot sun. The windmills were stuck in the pot plants in a bed of flowers that barely grows.  In the fridge consisted of a half open can of milk, that I mixed with cheap instant coffee. The food pantry contained one box of noodles, and sugar packs. I lite up the last cigarette that I find in a couch.

“This can’t be good,” I said, talking to my cat. Her name is Lucky, but I wasn’t feeling it that day. The old man, on mind. There’s a picture of me and him. At just 6 months old he held me in a church, with a cross in a background. It was my baptism day, and I was wearing a little white dress.

I paced the floor in circles in my tiny one-bedroom apartment in fear of eviction, after an urge to talk to him. Out of the blue, and unexpected the phone rings. Could this be him? With high hopes, I darted to answer the phone. Instead, I hear her voice on the other end, upset, lost, and confused. “I need you to come here now, something happened,” she said.

“Is everything okay?” I asked.

“I just can’t tell you over the phone,” she said. She sounded very distraught, and in shock. Was the divorce that bad, maybe a fight? I thought.

“It’s an emergency, just get here anyway you can,” she said. Hangs up the phone.

I grabbed a windmill for good luck but realized, there’s not enough gas to get there. Without no choice, I find eighty-five cents to drive twenty miles north. Very precarious, with extreme adventure runs through my veins and it’s just like him.

The long freeway was backed up for miles, and my gas tank sits at a quarter. I crossed the bridge and viewed the waters deep. Forced to stop at dozens of red lights, my car almost sputtered out. I managed to make it to my destination in the longest hour of my life.

A corners van in the middle of the front lawn just pulled off, the street blocked off by the fire department. I did not want to get out of the car, but my sister runs up to me in tears, she tells me he is dead. The windmill remained still in the back seat. My head spun around like the windmill, and nearly fainted from the news. My entire world shattered and lost without him. At the same time, I worked up the courage to bum a cigarette and spare change from my sister, she hesitated.

The scene took place in the back yard on top of the roof under a stripped powerline. He died in seconds. His body dangled on the roof for 30 minutes, and I did not see him take his last breath. There lay the water jug on top of the roof, the job almost done. His dog still barked, and his bike parked. While numb to the fact that he is dead. I called his cell phone, but no answer. Nothing I could do but wake up from a nightmare, could this be real?

His plate of food was still there, untouched. His keys still laid in the same spot he always put them; he did not go anywhere. He did not leave here, it is his house, his life. He fought for our country. He was a retired iron worker, and no way this accident happened. I cannot mourn now, not in this hour of my life, I am not ready for this.

Memories of me and him run deep, how he made me laugh all the time. I still remember when he gave me my first windmill. The one I stuck out the window of his van to make it spin and spin, but it blew out of my hand on a busy street. It took him an hour to retrieve it back. “Only for me,” he said.

He was a man of many skills, wisdom, and courage. Someone who I counted on to get me through a rough patch in my life. “Learn to get your head out of your ass life stinks don’t it,” he said. As I smile to that favorite lecture of his. It hit me and I realized how needy and stubborn I been.

The windmill now sits at his gravesite, it is him telling me he is not going anywhere. Never be in fear and hold down my own here. Today, I survive with my head held high, with him in my heart. I continue through, and he taught me well, inspired my life. Now I see life like the windmill when it blows, then around it goes.

Vanessa Haley, is 44, and a creative writing student at Full Sail University working on a bachelor’s degree in fine arts and a well-crafted writer.