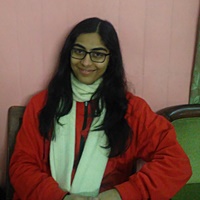 I. What Colour is Peace and Home?

Is it to consume the gothic or expend the sublime?
Would coloured value survive in white that seethes number?
For all known times, when colours be at peaceable rest, white at its conflicting best.
Is it stagnant in here whilst blithe and cozy if we aren’t there tomorrow in cold, well-adapted?
In peaches, it’s in ink,
A blink and a miss.

Uncelebrated supporting lives image Lebrecht’s, The Song of Names,
Eking it out like a melody their own, relocating own for a happy genius, they consider yet their own,
Unconditional, no questions asked, no answers given.
A race run neither by dear number 2, nor by august number 3, rather for nonchalant numero uno.
They dissolve to resurface again, in quick succession,
An overture to one (or more) entire live(s) gifted to that wunderkind, raised and nurtured in their warm blood.
Rejoicing as forever-centered Ciudadanos in third-person accounts, much akin to Gustav Mahler’s Third Symphony,
Alone it carries the colossal weight of waltzing world,
Its staggering variance, heavier in those strewn emotional bottlenecks.

All ye shall see in the lavish opera of hearts, the subtle truth of supporting-anchors,
The family of Simmonds, the Symphony of Mahler,
Such a welcome asylum that nobody seeks, but each soothingly escapes into,
A dainty chamber breathing away maddening rush of the world,
Thank God, the curtains did not swirl in unblemished white.

II. Reality Within Dimensions, And Why?

Someone confined sculpting marvels from mud and mind,
Arrested like the pigeon arc-shaped,
Soaring like dust on windy beats,
A two-dimensional reality in depths untossed?
When wings afloat latitudes, they say, paperless reality.
A child grapples with questions about the world vel non.
Ousted are prairies as wry sketches beneath coils of wires and wireless,
For rough questions of how and being,
Latent in measurements spic and span?
To the paints, to their brushes and the realities that might dissolve,
Is it solely a child’s prerogative to fret over yore and now?
Yes, if consumed by that malleable rope,
Nay, if surrendered to pristine even when cubicles around.
That day when chalked out names flashed on wet mud,
Reality dazzled in no and every dimension.

Honey that buttons up the beads,
sing it as an adhesive, stout and firm,
where’s the need for the needy?
who labours till the bone and soul of his day’s crackling?
caterpillar’s envy to match hours,
one stroke in praise, more in frenzy,
another in ignorance to hawk’s sense of night and day,
hanging low during antics so fiery, spiders in synchrony webbing out maps to be thrown on morrows.
A fresh sapphire, losing out to the cobweb being plucked,
Immersed he, wouldn’t yearn sapphire nor know the maps.
Should the engrossed speak up to the rosary, one-to-one,
a moment taken out in care for the seemingly lost and lonesome monsoon toad,
how is it to be understood as an interruption holier,
a seasonal worm who never entered the deepest nooks but left everytime, forlorn and unheaded,
He who tells his beads, unfettered in vacuum, saw it approaching, saw it coming, he reckon not when it exits (holiest).

IV. Why Does One Abscond?
Right there,
In those mystical hills,
Lies the absconder,
The absconding human imagination.

Unfettered, unyoked,
It cascades into black and white,
Progress or future?
Unblemished,
The heart shrieks with nostalgia.

Shivangi Mishra is a law graduate from Jamia Millia Islamia, New Delhi, India. She endeavours to strike a chord of symphony between the rigours of modernity and softer nuances of sentiments. Her work(s) have featured in The Hindu, Indus Woman Writing and The Journal of Intersectional Analysis. Shivangi traces her ancestral roots to the mystic yet absorptive city of Varanasi in India.