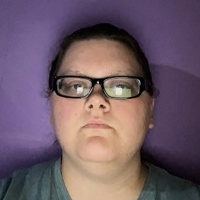 Rick came home in the middle of a storm. Even the thunder echoing outside her small house couldn’t compare to his loud knocking. All he brought was a tattered suitcase and an empty wallet. It was more than he had when he’d left. She wanted to leave him standing in the hallway because he’d only contaminate her home.

Instead, she let him in, then wanted to take it back. He instantly went to the wine perched on top of the fridge.

“This is pretty good,” he said. His first sentence of the night was to complement the cheap wine she’d bought more than a year ago.

She bit her lip. It was hard to resist throwing him out in the storm. They hadn’t seen each other in four years. Not since he’d run away like a coward leaving her behind.

“It’s nice to see you haven’t changed,” she said. His frown was all she needed to know the words hurt.

“Are you not even a little happy to see me?”

Her fingers twitched. Running a hand through her hair, she frowned. He’d left her and ran away like a coward. She’d rather swallow nails than pretend to be happy right now.

“I’d rather you never came back at all.”

His flinch was satisfying. Whatever regret he felt only lasted a moment before he was slamming his hands down onto her counter. Now he resembled their father.

“Seriously,” he asked. His dark eyes were almost the same color as their mothers; especially when he glared.

“You left me to take care of our parents,” she said.

Something sour danced across her tongue when he rolled his eyes.

“You were fine,” he said. The way he waved his hand was almost enough to break her self-control.

She’d worked three jobs to keep their parents alive a little longer and given up on college to save money. He had the ignorance to say she’d been fine. Would he be fine if their positions were reversed?

“Whatever,” she said. She glanced at her door with more than a little longing. No matter what happened, he’d never change.

“Leave when the storm dies down.”

The order, her order, hung between them like a noose. His eyes widened in shock; it was a bit hilarious. Had he been expecting her to smile and cook him dinner? Her lips twitched at the thought. His mouth opened only to snap shut when she turned away from him. Walking to her couch, she grabbed her phone. Hopefully, the storm would pass quickly and then he’d leave again. Only this time, she didn’t want him to ever come home.