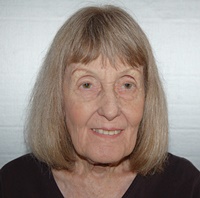 SOME LIVING STRUCTURE IN THE UNDERLYING THOUGHT
By Carol Frith

its dark wings the lost cause of some velvet sadness:
bitters in the willow bark.

A long migration up and down the western slope of
the dry Sierra―fragile Lepidopteron in blood maroon.

In my winter melancholia, my favorite color.

Scavenger butterfly that feasts on willow sap
and dung until the spring yields fallen fruit.

Haze of chill with willow catkins.
Shadowed vestments in the colors of grief.

All drought is memory.
The river a sluiceway, a jagged V losing altitude
towards the inevitable sea.

Someone’s desiccated wind chimes ring the matins,
the light, brief and abstract,
a phallic key interlocking last things,
the late heart resurrecting as the immediate past
unreels ahead:

each dark moon just outside its own shadow,
a hooded eye looking out of nowhere,
the heart nursing its sins.

Low-line on the riverbank dropping down past
Boatman’s Park.
Every year begins in winter, ends in winter,

Winter is the end of us. Deep winter, the beginning.

Some living structure in the underlying thought—

There’s been a rapid diminution of the light.

Shall I listen to the rain? Or move on to
to Luther and uncertain saints?

I read about the cities of some sun god, lost in sand.
It’s due to rain for seven days, the forecast says.
It’s raining on the homeless who live in shifting
cities in the streets.

The sea is crashing west of me by decade-miles.
I’ve just reviewed Pascal. Or was it Leibnitz?

Beyond the dark, a silent level of surprise as stained
umbrellas rise above the shopping carts.

History is a mustard harvest—gold and green in spring,
chaff and bitters by the summer solstice.

And so I graduate to Napoleon and war:
the Empress Josephine cultivating flowers and lovers,
the dragon amulets of nineteenth century
history—its wars, the quietism of its peace.

A shadow falls across my books as Garibaldi
and Cavour divide the boot.

The Prussians and the Austrians divide themselves,
Nietzsche trans-valuing Nietzsche.

Outside, someone’s moaning in the dark.
It starts to rain again.

Here is a Polish Road, wildflowers lining the margins.
Scarlet as paintbrush, the blossoms are red corn poppies,
the kind that carpeted the fields after World War I.

Now there are trees here. White elms or lindens, peaceful
meadow trees with forests in the background.
In the foreground is the road, wildflowers on the margins.

The countryside is inviting, European grasses, the hills quiet,
the road exterior, curving downward and to the right
through blood-scarlet corn poppies bright in the warm sun.

This was the Eastern Front in World War I, Warsaw, Krakow,
Gorlice, the quiet meadows running with blood.
Here is a Polish road, margins lined with wildflowers,

dreaming in the sunshine on the soft hills lined with corn
poppies and wild iris, a countryside of dwarf birch and lapp-
willows and red poppies carpeting the open meadows.

Keyhole of Information
after Sun by Edvard Munch

I have walked for decades through the heat
of this single afternoon waiting for the quiet
obverse of the moon: information that twists

as if it were rain. There is, of course, never
any rain. Rain is sequential and unsilent, and
I have walked for decades through a heat

that whines in shimmering waves, 107 degrees
twisting like an after-image in a monstrance—key-
hole of information waiting for the moon—

the middle distance dissolved in sun-blindness,
a lake of super-heated, solute abstractions.
I have waited for many years in this heat—

practicing my abstractions, a woman decades
and decades old—fingerprint of the heat,
obverse of the moon: whorls of information

spiraling this vortex of temperature, 107 and
spinning toward a record, solutes of alkali:
I listen for decades as this endless heat twists
its information past the obverse of the moon.

Carol Frith, co-editor of the journal, Ekphrasis, has had a “Special Mention” in a Pushcart Anthology plus work in Seattle Review, Atlanta Review, Rattle, Measure, RHINO, etc., with chapbooks from Bacchae Press, Medicinal Purposes, Palanquin, Gribble, Rattlesnake, and Finishing Line and full-length collections from David Robert Books and FutureCycle Press.