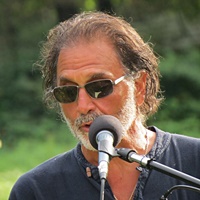 I don’t recall who decided that it would be a great idea to follow the dirt road at Station 27 down to the river.   We passed the road each day on our way to the trailer park where we hung out with some friends who lived there.  Living in a trailer park seemed pretty cool when I was twelve.  The closeness of the trailers.  Their tininess.  That vague carnival atmosphere.  The Connecticut River silent and immense just down the hill past the pastures that separated the trailers from the water, the pastures where immense Holsteins grazed.   The presence of the river added to the appeal of the park. Twice during my short time on earth I had seen the river rise up over the hill and put the trailer park under six feet of water, faded plastic flowers, and trash moving along in the current where the road had been.

Out in front of the trailer park was a little cinder block building with a package store on the left and a convenience store on the right.  Of course, we never went into the package store, only looked through the dingy glass at the shelves of bottles.  But we went into the store all the time.  Everything in there was covered with a sticky dust that made the whole place dingy.  There you could get milk and eggs, cereal, instant coffee, cold cuts, and fruit that had been out too long.  There were cigarettes, cheap cigars, and behind the counter, behind Al, semi-hidden, the Playboy magazines.  When we ran out of smokes we stopped at the store to grab a pack of Luckies for 23 cents.  Someone would usually also steal a candy bar or two.  Later, down the river, someone would bust out a Snickers and someone else would say, Hey, dibs.  I didn’t know you robbed that.

In the beginning our parents didn’t know we were going down the river, not because we were trying to keep anything from them, but because it didn’t seem like a big deal.  We were out of school.  It was summer, and the days stretched out in front of us endlessly.  I mean, the very first time might have been a minor adventure but only because we had gotten to where the field actually ended at a stand of trees between the river and the road, and for some reason the place where a field ends, or begins (depends on how you look at) was kind of mysterious.  It was a massive cul de sac of fields that held mysteries among the corn stalks.

We hid our bikes in the brush at the edge of the woods and headed in, out of the heat of the day and into the cool shade of the wetland where we traipsed and trudged until we came out at the river.

To our amazement there was a little beach nestled between eel grass and ferns, wigwam birch and tall grass that went on as far as you could see in both directions.  And the sand felt familiar, like a regular beach, only smaller.  And there were the remnants of a little campfire, and footprints around it in the sand.

Dust clouds billowed up from under the five bikes rattling down the dirt road.   The spokes, loaded up with baseball cards, whirred like small jet engines.  This was the dirt road at Station 27, a bus stop on Old Main Street.  It was narrow and bumpy and slithered for a mile through high cornfields down to the Connecticut River, the new summer air filled with the kicked-up dust from our bikes.

We measured our closeness to the river by the smells.  First the pungency of skunk cabbage, cool and glossy and a rich deep green.   If we kicked it or stepped on it an odor rose that brought us to attention and signaled our entrance into the wetlands which slowly devoured the rotting cadavers of trees held fast in opulent black mud that would suck you in up to the thighs if you chose hastily where next to place your foot.  The mud, slick and shiny, smelled like the pig farm in August.

We emerged from the wetlands and arrived at the river.  The surprise of fine, hot white sand was as welcoming as any beach we’d ever known.   And there it was, the massive brown river that lumbered slowly by.  It seemed to be barely moving, huge trees, disintegrating, half submerged, heavy, bobbed gently in the viscous water, and distended fish, dead carp and suckers mostly, glided by, trailing their veils of putrid death.  The Hartford skyline gleamed on the other side. and the wide river seemed to go on forever in both directions.

We stood on the shore, the murky water lapping at our feet.  We were tiny.

It was the summer of 1961.  We were on a collision course with 8th grade.  We’d be the “big kids” in the school, the guys who got the girls and then lied about what happened.  We were feeling pretty good.  Grown up.  Wise.  Rebellious.  What the hell could our parents do?  Nothing.  We had everything in control.

Our posse (we called ourselves a posse, but this was way before posse became something scary – we just got it off The Lone Ranger) was Anthony, his cousin Andrew visiting from the Bronx, Mark, Danny, Mickey, and me.   We all lived less than a mile away from each other.

This was our fourth, and last summer at the river.  One night in 1961, we saved the lives of some people stranded in the middle of the river.

It was, of course, the carelessness of youth that drove us.  At twelve we were fearless.  We made no decision to jump into the river.  We were excited and ready to wash away the dust of our ride, that is until we were completely derailed when Anthony noticed something inside a large hole in the trunk of a dead maple.

Hey.  Check it out.  There’s somethin’ in this tree.

Mickey and I stopped undressing, and walked to Anthony who was removing something wrapped in newspaper.

Anthony tore at the damp newspaper.

It’s a big friggin’ steak or roast or somethin’!

Put in back hell!  Anthony mocked.  We’re cooking this!

He began to re-wrap the steak, his hands working automatically and fast, while his eyes searched for more wealth in the tree.

Son of a bitch!  There’s a Playboy in here, he said, fumbling to pull it out of the hole.

Yes! I yelled triumphantly,and we stood on either side of Anthony, gaping as he flipped through the shiny pages.

And for a moment nothing existed, not the June sun, not the cicadas’ early drone, not the river with its floating dead fish.  All of our attention was on what was being unfolded before us, the most spectacular vision we had ever seen.  Miss July.   Absolutely naked except for a little red, white, and blue bow tie.  Anthony held the magazine out before him and we studied it like a treasure map.

And that’s when, out of the corner of my eye, I caught a glimpse of movement.

Hey you guys!  Hey! Look!! I whispered nodding to the right.

He was standing ten yards away from us.  An old man the color of raw turkey but covered with curly white hair.  His arms.  His legs.  His chest.  Curly white hair.  He was completely naked except for a shiny leaf on the bridge of his nose, a long-handled shovel held across his body, and one high-topped, unlaced leather boot on his right foot.

What are ye boys doin’ wit me stooff?  He spoke with a stern, heavy Irish brogue and pointed sharply at the tree with his spade as if he were stabbing the air.

What d’ye think yer doin’ he said, poking aggressively in the direction of the maple.

John L. Stanizzi’s full-length collections are Ecstasy Among Ghosts, Sleepwalking, Dance Against the Wall, After the Bell, Hallalujah Time!, and High Tide-Ebb Tide.   He’s had poems in Prairie Schooner, American Life in Poetry, The Cortland Review, New York Quarterly, Tar River, Rattle, Poet Lore, Hand & Handsaw, Passages North, and many others.  John’s work has also been translated into Italian and appeared in Italy’s El Ghibli, and The Journal of Italian Translations.  His translator is the poet, Angela D’Ambra.  John has read at venues throughout the northeast, and he teaches literature at Manchester Community College in Connecticut.  His newest book, Sundowning, will be out later this year with Finishing Line Press.  He lives in Coventry with his wife, Carol.

PUNCH YOU IN THE EYE by Rachael Wesley