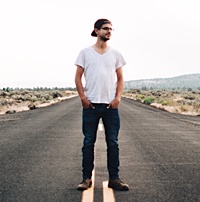 Imagine my love as a piece of string. As a timeline.

Hold out the string in front of you. Your right hand marks The Future; your left hand, The Past. Pick out a spot on the string for our relationship, a specific point with coordinates of space and time. This point marks The Present, close to the far right-hand side of the string.

Before you and I were “you and I”, at specific coordinates of time and space, I was with other girls. Plot out my previous relationships on the line; each positioned further back on the string, closer to your left hand. Examine the timeline and the relationships strung on it, like pearls on a necklace.

When those past relationships ended, the girls moved on to develop new feelings with new men, and the freshness of our relationship faded. I, however, chose to freeze those moments. What I felt with them was genuine, and true. And, I thought, if I froze those moments, I’d always be able to revisit and repeat those finite times with Other Girls — heartache mixed with rage mixed with laughter mixed with mystery —  where I’m more alive than I ever was —

And ever will be.

Imagine my love as a piece of string, adorned with stones of amber.

Imagine my love, frozen in time.

My existence consists of an infinite copy-paste of the past, ripping up old bricks behind me, turning back and quickly laying out the ‘new’ path before me. When faced with something (or someone) new, I choose what I know — not because it feels better than what I feel now, and not even because it feels, in any sense of the word, “good.”

I choose what I know because it is what I knew.

I know WHAT and HOW I will feel.

I know WHEN, WHERE and WHY.

Because I know each contour, scent and taste.

Because I can wholly love those moments of amber, and they will wholly love me in return.

Because all my life, I’ve never wanted to be Here, in the present.

Because all my life, I’ve wanted to be there, in Love.

Because all my life, I’ve wanted to be a time traveler.

In the Summer of 2011, Playboy made every single edition of its magazine available online. Jimmy Jellinek, Playboy’s chief content officer at the time, announced the news by saying, “They no longer have to store 57 years — 682 issues — of Playboy under their mattress.”

Jellinek called the website “An anthology of cool…The World’s Sexiest Time Machine.” Meaning whenever we feel like it, Jellinek stated, we can travel back to July of 1987. Or September of 1974. Or January of 2006. We can, if we so desired, reach back and re-discover ourselves all over again at that point in time.

Bill Lawrence, the creator of TV shows such as “Scrubs” and “Cougar Town,” was asked if there was ever a TV show he pitched that he wished had made it to air. He responded with a story about a guy who time-travels whenever he masturbates.

So, if I understand this properly — say our lead is in his dorm room doing the five knuckle shuffle on account of a Hooters calendar. Suddenly there’d be a huge flash of light and BOOM — he’d wind up face-to-face with a T-Rex. But, should he find himself in such danger, all he’d need to do is Wax his Eloquence once more and POOF — he’d find himself in the Victorian era. Or the Gold Rush. Or the Black Plague. Or yesterday.

“This,” in the immortal words of Doctor Emmett L. Brown, “is what makes time travel possible.”

Wanking with the one-eyed wonder weasel.

One-point-twenty-one-jizz-a-watts of space and time.

Playboy’s online library is not the world’s sexiest time machine. It is, however, a place without mirrors. It’s an ambivalent room void of ‘yes,’ or ‘no’, absent of acceptance or condemnation. No time is kept track of in this room. There is no acknowledgment of NOW — only an embrace of  THEN —  and of what COULD BE.

It begins with a picture — she’s nameless, shapeless — but within seconds I imagine a cosmos-full of love and memory between us. I create a name, and I craft her form, and I pick out for her a place on my string of time. She, whoever she is, exists in this shaped form forever. Unchanging. She is constant throughout all past, present and future. And in that moment, that lovingly created fiction, I am never alone. As I am loved now, so I always will be loved.

Perhaps this is exactly what Osama Bin Laden needed.

Maybe he wasn’t as adherent to the extremist views he espoused. Maybe, in his moments of panic, he sought comfort the only way he knew how. Maybe he just didn’t want to be alone. Maybe, amid all the chaos, bloodshed and sleepless nights, he burrowed deep into his own heart and found a Constant.

And that’s one of the many lies of addiction; that using is the only way to know my authentic self and protect myself from the present. Addiction deceives into making one believe that by giving into your craving, you show yourself for what — and who — you really are. But addiction occludes one from facing one’s true identity or their present reality. With addiction, I don’t have to face facts — I don’t have to face anything or anyone.

When I wake up and feel the world overtaking me, addiction provides an escape. It pulls the covers over my head and drags me under the surface. From such a vantage point I can imagine any number of futures. Because Here, wherever that is — August 1987, February 1971, two weeks ago — the present doesn’t yet exist.

Here, in this crooked and adulterated line, I can make myself infinite and untouchable.

Here, in a Present made up entirely of Past, I forsake my future.

Addiction gave me the ‘courage’ to reject my own reflection. What I saw didn’t have to be me — not if I didn’t want it to be. I dissolved and reconstituted my own image, over and over again. I forfeited all manners of God-given vibrance for what I thought would be palatable and presentable and preferable.

I wanted a time and a place where I’d be safe and warm — Here and Now. But “Here”, for an addict isn’t “Here” — it’s “There”; Old disguised as New. Old Habits with new names, with new faces, with new tools. But same fool. Moreover, “Now” isn’t “Now” — it’s “Then.” It’s the past in present’s clothing.

Addiction provided presence without consequence. If a situation in my day-to-day arose — a breakdown in a relationship, anxiety via work, school, spirituality, politics, money, reputation, public opinion — I could choose not to address it. I could choose to make that stress insurmountable and controlling force in may life, and then I could choose to medicate and numb my anxiety.

Because Jenna Jameson isn’t thinking about stock market investments, not when she’s looking at me as she’s double-penetrated by two muscle-bound, hung-as-fucking-horses men.

Because Christina Aguilera isn’t thinking about the Antichrist and the Book of Revelation and the End Times, not when she stares at me as her naked frame holds fast to a Paul Reed Smith guitar.

Because Carmen Electra can give two shits about climate change, not when she’s locked on me and only wearing a pink feather boa. Not when she’s looking back at me as she’s bent over a patio table.

Addiction gave me a false sense of time and place. There and Then masquerading as Here and Now.
I believed the lie because it was convenient. Because it didn’t ask anything of me. Because there was no challenge or confrontation. Addiction was an all-encompassing embrace, and that’s all I wanted — to disappear into something. I wanted to love and I wanted to vanish. And if it couldn’t be a relationship then it might as well be porn. More than anything else in my life, my addiction gave me everything I wished for —  addiction offered me the chance to be consumed by something and disappear.

Now you see me, now you don’t.

There I’ll be — a coffee shop, perhaps — and I’ll see a beautiful woman who’s just come in from a jog, and it’s warm outside so she’s glistening, and she’s been running for a while so she’s tan, and her shoulders look so dark and warm, and then my eyes’ll travel down her body…and I’ll see her wedding ring as she cools her hands on the iced latte. Then, I don’t want to talk to anyone — least of all her — and then I don’t call my father like I planned, and then I wind up masturbating to a picture of a woman in a wet t-shirt writhing on a beach, a woman who’s long-since moved on and is no longer wearing a t-shirt and writhing on a beach, but in my ‘Here and Now’ she is eternally writhing in an eternal wet t-shirt on an eternal beach, and when I ejaculate, there’s a flash of light and BOOM — I’m front and center before King Charlemagne.

But Charlemagne’s boring, so I’m back to jerking off, and there’s another flash of light, and I’m in the throes of the Industrial Revolution. I crank the love pump, and then I’m watching Kennedy’s funeral.  I flog the bishop, and I’m fighting Genghis Khan, signing the Magna Carta — I’m in the middle of a pasture, and the sky is clear, and the moon illuminates every stalk of tall grass, and as I turn to take in the vastness of creation…

And this, Doc, is really what makes time-travel possible; believing the lie that I am more known in darkness than light. To believe that in the light, I am isolated, but in darkness, I am surrounded.

Hello, my name is Dominic, and I am an addict, not a time traveler.

Hello, my name is Dominic, and I’ve got ten broken toes from trying to fit into those ruby reds.

Hello, my name is Dominic, and this is me — Here, Now.

Good stories are, for me, good campfires. They are communion; how we are revealed to another, how we grow to know one another and become known in return. I’m fueled by the dual euphoria of Story — it is something that simultaneously makes me levitate and press my face to the ground in gratitude. Storytelling rattles my windows and fills me with joy. In the midst of panic, it stops me in my tracks. And when I seek to bury myself and hide, it gives me the strength to walk. Storytelling teaches me how the constant exercise of imagination is a courageous, humble expression — rebellion and affection intertwined and shining.
I grew up in San Jose, California. After college, I lived on both coasts; Pasadena first, then Philadelphia. I currently live in Portland, Oregon.