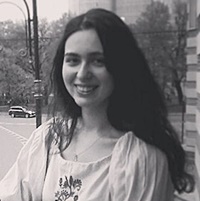 THE PAINS AND PRIZE OF REMEMBERING TIME
By Angela Yurchenko

“Culture is love plus memory,” a poet tells his students. I catch the reverberating echo of his voice refracting through decades.  Having prepared myself, a few seconds back, for yet another thesis on the undefinable, overused word, in large the curse word of modern society, I jumped at the eye widening, brief, and anything but banal definition – better, equation –  one that you’d never hear from academics, professors, or even men of art. Yet here it was, spoken by Nobel-Prize winning poet Joseph Brodsky. Poets are very precise in their choice of words and much of what is spoken by the great ones bears a sort of Old Testament prophet power. Love – memory – culture? Right away, his words carried me off on a train of accumulating thought.

I hasten to add – my first thoughts were not on love, but on memory. In fact, memory and everything having to do with Chronos is one of my favorite concepts in Art. Talking of memory, we also stumble upon remembrance, its more popular sibling. Though a part of memory, it is only a single and flatter side of it. Were we to forget, let’s keep in mind that to “remember” means to recollect a certain event, thought, piece of information, etc. But “memory” is the accumulated baggage of these fragments which form into a single thick layer inside us. The former is momentary, dependent on the external, possible to be taken apart; the latter is a constant presence, be it conscious, or subconscious. Less casual, when it comes to art, Memory is more tangible.

As I saw it then, the greater Memory incarnated before my eyes as a sort of string – long, visible to few, stretching across centuries, connecting centuries,  people, and thoughts. A fragile string that carried tremendous power, energy, force, like a thin wire loaded with a thousand-volt current. One where no part was torn, one which spun its way through great minds, through tragedies, through bliss, and finally reached us – living, doubting, laughing–today. And this string the poet called culture. How far have we come from academic definitions? Perhaps not that far.

Briefly: the first roots of the word go back to the Latin colere. As many words, it held a very practical and down-to-earth meaning: to cultivate, till the earth. In fact, only in 19th century English was the word started to be used figuratively, as “to cultivate the mind and senses.” The efforts of tilling the earth were very well reflected in the effort of “tilling” [i.e. –obtaining by effort (old Germanic)] one self.  This effort part is completely gone in most of the definitions we associate with the word nowadays – words like “popular” and “group culture.” In the nineteenth century, the word held a distinctive personal definition – it was the very opposite of the mass- produced.  Perhaps it’s in this combination of the personal and the Chronos-conscious, that we might at last find truth. Most definitions we use as of this day will be shattered. Be that as it may.


Somewhere, in the far, far distance, goes on hushed conversation, pretty serious. But again, this is the far past, moreover, a realm of memory.

And love? What can one say about this even more oft-repeated, humiliated word?

“We must love one another or die.”
But allow me then- aren’t we dying this very day, this very moment? And in fact, aren’t we already dead?!

A buzz, like the scratching of an old vinyl, accumulates in the tense air and suddenly switches off. The voice disappears. No one is to be seen.

Who cares for social neatness? If W.H Auden’s commandment has become a stumbling stone – the price of the question really too high for too many – we should know that stumbling is the outcome of blindness, and not the poet’s fault. Even more so, when in context – for the context was World War II. And yet, this was only a commandment of a commandment. Strange, that it would cause such debate.

Memory, love….I get the feeling that together, these two ancient words mean a lot more than their single, ambitious equivalent, reminiscent of sweaty tilling. Free of the many prejudices that still bind us, keeping the wire connecting us through centuries throbbing, transforming it into a vein which flows from the very source, perhaps we can survive only thus. By survive, I mean live up to our purpose down here, in each separate case. The power of keeping great art in our active, living memory is that as a living substance, it multiplies and births worlds beyond what we may have imagined at first glance. Its children are more multiple than the sand. Like the cosmos, the word has no end. The driving force, however, remains – as it was in the beginning – Love.  If universal love still remains a matter of question, then from another viewpoint everything falls into place:
When we hate each other, we die.

Angela Yurchenko is a classical pianist, translator and copywriter. She was raised in NYC where she studied at the Juilliard School of Music and started her performing arts career. Currently, Angela lives in Saint Petersburg, Russia where she works for an international company as a translator and copywriter, and continues her concert career. She loves writing about arts and culture.