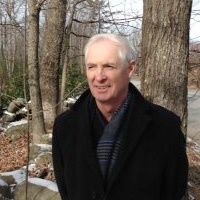 DROP OUT
By Raymond Tatten

A lazy ceiling fan coaxed May morning air past a wall portrait of President LBJ and through the crowded room as two marines looked up from clerk-sized desks.

“Tatten? Major Williams is expecting you. Go right in.”

The major was tall, a middle-aged, athletic-looking man with hair burned close to his scalp, commanding a large wooden desk – clean of paper, as if no more than an affectation.

He leaned, reaching into the desk drawer for my letter.

“I’ve decided to drop out; I’m not going back.”

“You’re six weeks from flight school. I thought you wanted to be a pilot?”

“I did. But everything’s different.”

The major pushed forward on his elbows.

The room stayed quiet with much unsaid.

“You know we need you, Tatten. The country needs you. Why don’t you give this a little more thought?”

“I have…I’ve thought about it a lot.”

The major held my eyes for long moments until the tension finally broke when he dropped his gaze and leaned back a bit as if comforting himself while preparing another attempt.

“You know, son… in thirty years, I’ve never lost a candidate to an opt-out. You’d be the first to quit.”

I said I was sorry, but I wasn’t. He had asked to see me, and I’d come. But I didn’t give a damn about his perfect recruitment record.

“All right,” he said, “I think we’re done. See Sargent Wright for the paperwork.”

I did not know, could not know, I would not speak of the meeting for fifty years – leaving a dream behind is private.

But when regret comes for me, I’m armed, recalling the image of a little Vietnamese girl running naked, her clothes burned away by napalm, protected with knowing horror had never rained from a plane I had flown.

Raymond Tatten is a life-long New Englander whose work includes numerous personal essays and articles published in The Bolton Independent, Meetinghouse News, Harvard Press, The Landmark, MUSED Literary Review and The Worcester Telegram. Current projects include an historical ficton account primarily for the YA reader, as well as a memoristic novel for the middle-school reader. Raymond participates in classes, workshops and critique groups with the Seven Bridge Writers´ Collaborative in Lancaster, MA. and GrubStreet in Boston, MA.