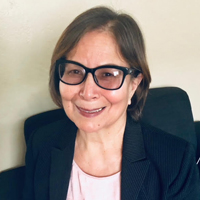 THE SUICIDE OF MY YOUTH
by Debra Basco

Drinking as early as 13 years old was already a pattern for me, drinking hard liquor was my norm.  The years are is so vivid in my mind as if they were yesterday, it was September of 1963 a new school year was on the horizon and I was entering seventh grade.  This should have been the beginning of something new for me, being a teenager and entering junior high school is usually a milestone to look forward to.  Instead it was to become a new chapter to the unwritten book of my hopelessness that had been my shadow since my adolescence.  Up to this point the cycle of discontent was already a feeling I had lived with my entire young life.  I no longer had any expectations that my life was ever going to be better. There was nothing in my environment that indicated to me that my life was worth living.  Things for me should have changed but they only became worse.  I was still a child and couldn’t find a way to change the mental anguish I was experiencing.

My mother gave me birth at the young age of 21 and she didn’t stay long, by this time she already had two children under the age of 4. One day she just vanished and for twelve years I was raised by my grandmother and like the day she vanished my mother suddenly re-appeared and took me to live with her. My new home was located in Santa Ana across from a railroad track, it was a small cute two-bedroom one bath white house with a scary basement. The outside was lined with a bed of beautiful colorful roses planted on green grass, cute home on the outside. I never asked what my mother did for a living, she would leave at 6 pm and return most mornings about 3:30am, my teenage brother and cousins who lived with us were my caretakers, problem was who was taking care of them, so in reality I took care of myself.  I began to steal out of necessity, I was a 7th grader and had become an expert in opening school lockers and taking the things that parents usually buy for their children, sweaters, money, pens, paper, pencils, and even P.E clothes, whatever I wanted or needed I took.  From stores I walked out with my shampoos, conditioner, make-up and even clothes.  The sad part is that I had been stealing since I was a little girl.  I had to, there was no one taking care of me.

My mother wasn’t one to keep what she did for employment away from home and I would eventually come to know that she was a waitress in a bar.  She was blessed with an hour glass body, cat like slanted eyes, pouty beautiful lips with long black hair that floated down her back like an eternity waterfall.  I assumed that everyone loved her because night and day she had an entourage of followers, these people wouldn’t be considered the type you take to church, there were a few transvestites a lesbian couple, the majority though were all drunks coming to my house for the after parties.  They became a constant fixture of my life, I woke up to go to school, but would become discouraged when I would find my mother’s entourage sitting at our kitchen table stinking drunk.  No one noticed when I began taking their half empty bottle of Christian Brother’s Brandy.  To escape the craziness, I began to ditch school and drink their left-over liquor at home alone or with friends.  This was my introduction to drinking as a teenager, I than began to arrive to school drunk or hungover or didn’t show up for weeks, sadly there were no adults in my life who cared.

I arrived to a place where I came to accept that my mother did not know how to be a mother to a teenage girl.  She was selfish and only cared about her boyfriend’s, friends and herself.  There was no room for me in her crazy life so I began to make my own choices, which were not good ones, I stayed out late sometimes until 3 am, it didn’t matter to me that I was going to get beat with an extension cord, it’s safe to say that by this time I was a teenage alcoholic, I honesty hated drinking but it numbed my pain.   Drinking certainly had an effect on me, I began to feel detached from any feelings, I felt that nothing could hurt me.  I’m not sure when these suicide thoughts entered my mind, the behavior of my mother and her friends and their lifestyle of sex, booze, and simply not giving a shit, and my mental instability were not a good mixture for my soon to be suicide fixation and attempts.

My first attempt at suicide was after October 26th 1964, I had just turned thirteen, and my best friend had a ditching party while her parents were at work.  It was in her restroom that I first saw the razor, picked it up and held it while sliding my finger against it. The sharpness of the blade excited me and for the moment I forgot where I was as I slit my wrist, I felt no pain as blood dripped to the palm of my hand, I felt only a sensation of electricity pass through my body. My two friends walked in, saw the dripping blood placed my hands under running water, once it cleared, we could see that I had only cut the surface of my wrists, this was the beginning of my self-mutilation.  My cuts after that were not deep but deep enough to feel the pain I needed to feel.

I was in my mental instability when I found out my mother was pregnant, I had been in my own world for some time, now I found myself having outburst of anger, hate, and would run away from home.  There were many mother and daughter shouting matches of my yelling “I hope your baby dies” during birth my baby brother Christopher Immanuel was born a still birth, I had not formed any bond with my mother or the baby during her pregnancy. So many hateful words I had expressed during her pregnancy, I was thirteen years old and now I had so much guilt, I believed that my baby brother died because of me, and the ugly words I had expressed. It was a sad time for me, I sat at his funeral looking at his white little casket knowing that he was laying there because of me.  My guilt and hate for myself drove me to my 2nd suicide attempt this time by taking pills and hoping that I would overdose.My 3rd attempt at suicide was in the fall of 1965 I was in eighth grade and I was fourteen years old, we were now living in one of Santa Ana’s huge Victoria mansions with a high ceiling, I became fixated on the wooden beam until I placed a chair under it and took a rope in an attempt to hang myself, not once but several times, by tossing the rope over it, than place it around my neck while standing on the chair ready to push it away from under me.  My mental state was so confused I wasn’t able to comprehend what I was doing, I was filled with so many crazy thoughts.  In my suicide attempts I knew deep down that what I was doing was wrong, I wanted to live more than I wanted to die. I continued to have these thoughts through the rest of my teen years and at sixteen I found hope in a seven-pound six-ounce baby boy who I named Armando.  A year later his sister Valerie was born, there birth gave me hope for the future and a reason to live.

Debra Basco resides in Anaheim Ca with her husband, and writes in her spare time, her concentration is children’s stories.

WINTER IN CANBERRA: TIME TO HEAL by Sacha Paterson