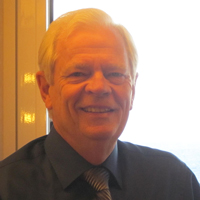 MONKEYING AROUND WITH GENETICS
By Gayle Compton

“The human being…is no considerable
improvement upon the monkey.” —Mark Twain

On a blustery day in March I sat in my front porch rocker listening to the wind chimes and feeling low-down and worthless.  I happened to spy a copy of Scientific American that my daughter-in-law, the chemistry teacher, had dropped between the spider plant and the Wandering Jew.  A random thumbing of the back pages, and I was instantly cheered.  Aldoux Huxley’s Brave New World is upon us, and it is newer and braver than he ever imagined.

A few more hours in the lab tampering with DNA and what are called “somatic cells,” and the white coats will be able to manufacture a human being made to order—a designer human.  In the near future a man can have a wife who looks like Jennifer Lopez and cooks like Paula Deen, one who never nags or finds fault.  She will be willing and eager to miss Friday night bingo just to stay home with her husband, rub his back and bathe his corns while he relaxes in his boxers guzzling Millers and watching the Fishing Channel on the wide screen.

Parents will be able to have children who never talk back or whine, love homework and beg their teacher for more, who never ask for keys to the car because they neither date nor drive until they are eighteen.  The progressive minded will have the satisfaction of raising children that are ergonomically suited to a particular job or field.  A farmer who wishes to raise a family of apple pickers can order them in abundance—each with more legs and arms than an octopus.  If coal miners are in short supply, they may be had for the asking, all of them born with iron lungs and built low to the ground.  If a man wants to father a soldier or a policeman, a trip to the gene bank will guarantee him a boy who not only grows up to become a front-line hero, but comes with a shell on him like an armadillo’s.  If for some reason there is a mix-up at the bank and he fails to get the soldier or policeman as ordered, and gets a TV evangelist instead, the preacher will be aborted in the test tube, free of charge.

But first, I return to simpler times–and times that were not so simple.  When I was a boy growing up in an Eastern Kentucky coal camp, there was child on Tipple Row who was born with a tail.  It was no ordinary tail, but an obtrusively long and hairy appendage, crooked on the end like a monkey’s.   It was an event that caused more talk and speculation that any other since the Big War.  Men, women and children came from miles around–from Greasy Creek, Burdine, Hi Hat and Buzzard’s Roost to view this singular baby, to lift his blanket and exclaim:
“My lands! Did you ever?”
“Never in my born days!”
“Don’t it beat all?”
“Bless his little heart!

One lady, upon hearing about this unusual coal camp young’un, drove all the way from Chicago to have a look.  She saw him sling his bottle through the slats of the crib bed, grab his rattle with the prehensile and commence shaking it to the rhythm of “Bye, Baby Bunting.”  She said it was worth the trip.  She had been to the World’s Fair and in the tents of Barnum and Bailey.  As far as she was concerned, they could have their Elephant Man and their two-headed calf.

There were those in the camp, however, who whispered fearfully of the Mark of the Beast.  Some allowed the poor infant had been marked by a cow or other tail-bearing animal because his mother didn’t love the Lord.  It was clearly one of those cases requiring an expert opinion.  Bye and bye a doctor was decided upon and brought in.  He was no ordinary doctor, but a physician of some renown, the same doctor who cured my Uncle Quentin’s mule of the blind staggers.  To make a long tale short, he clipped the offending member, bobbed it close and bandaged the remainder.

Recently, I have given much thought as to what a useful and extraordinary human being that boy might have become had he been allowed to keep his tail.  Perhaps he would not have been such an anomaly in the present day and age.  Curiosity has led me to peruse more than one scientific journal.  All of them agree that human beings in the near future may very well be blessed with several new biological accessories, including a prehensile tail.

According to one source, a team of European doctors are working on a method of fertilizing the egg of an ape with the sperm of a human being, an experiment allegedly confined to the laboratory.  If successful, the result would be a new generation of  primates: big, dumb Neanderthal types that would willingly fill offices lacking in strict cerebral requirements.  They would sweep streets, empty bed pans and sit in congress.

When it comes to the prehensile tail, I hold the opinion of modern science that there is not a man or woman on earth who would not benefit from such equipment.   Imagine returning home from that Friday evening shopping binge, bristling with bags, boxes and cartons, the neighbor’s bull terrier hanging from the seat of your pants.  With a prehensile tail one could dispatch the dog, open the door, enter grandly, knock the cat off the table and sit down to dinner.  A man could wade in with both hands, drink from his soup bowl and swat flies with his tail, Miss Manners be damned.

The prehensile would revolutionize the music industry.  Drummers, guitarists and pianists could perform with unprecedented versatility.  What grander sight than that of the great Benjamin Zander in sartorial coat and tails standing before that glistening sea of chimes, horns and fiddles known as the New York Philharmonic?  How lordly the maestro, not with ordinary baton, but with limber, well-groomed and curried prehensile tail leading the orchestra in the exquisite “My Heart at Thy Sweet Voice.”

With the aid of modern science man may one day achieve equality with his cousin the monkey.  Pole climbers and high-rise construction workers will dispense with their safety belts and hang with dexterity and dignity by their prehensile tails.  Policeman, soldiers and hold-up men will carry a third gun and fire over the shoulder and from between the legs.  American industry will harvest benefits as the common laborer becomes a safer and more contented member.  The blue collar will be able to simultaneously operate a fork lift, drink coffee, talk on the iphone and scratch where it itches.

In the near future the mood and character of a person may be determined simply by the way he carries his tail.  The man who goes about wagging his tail in a carefree and independent manner is perceived as being happy, satisfied and without responsibility.  One may safely deduce that he works for the government, or is “on the draw.”   A person seen twitching his tail is usually nervous, belligerent or up to no good.  A tail held high in the air like a cat’s is a sign of confidence and good breeding.  Its owner is most likely a member of the nobility, or from Pike County, Kentucky.   The owner of a tail that is hanging half-mast, dragging the ground or shows evidence of being trod upon, is generally depressed, broke or married.

Anyone who has watched the Discovery Channel knows that when the African baboon starts switching his tail and curling his upper lip he is ready for monkey business.    It will be no different with humans who have a prehensile tail.  Should a man spy a woman switching her tail and curling her lip romantically it can be taken as a sure invitation, whether in the bedroom or bar room.

As one might expect, progress in the field of genetic engineering has been thwarted by objections on many grounds.  The principal one is that fooling around with Mother Nature is immoral.  Since I have never been encumbered by morals, myself, I would like to have two tails of the prehensile variety.

Over the objections of the moral majority I maintain that genetic engineering offers something for everybody, whether it be a more agreeable spouse or a prehensile tail.  For those who cannot or no longer wish to begat children the old-fashioned way, the gene bank is a happy alternative.  For me, personally, the advantage is a financial one.  Considering how Viagra cost twenty dollars a pill these days, I can pocket that amount about once every three months.

I will leave the monkey business to science.

Gayle Compton is a three-time Pushcart nominee.  He has work published or forthcoming in The Main Street Rag Magazine, Tipton Poetry Journal, The Blue Mountain Review, U.S 1 Worksheets and The Kentucky Anthology: Two Hundred Years of Writing in the Bluegrass State. He lives with his wife Sharon in Pike County, Kentucky.