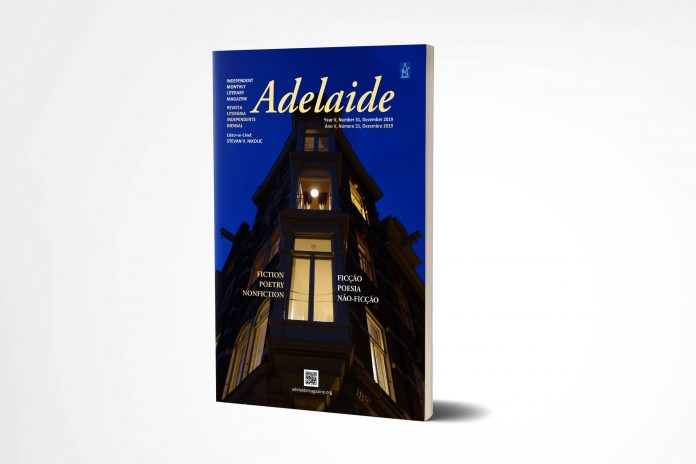 SPACE AND OTHER TRAVEL DESTINATIONS: PACKING FOR
ZERO G
by Michael Fumai

How many times did I look up at night when I was a kid and contemplate what it must be like to float among the stars? Too many to count probably. Back then I had an extremely limited understanding as to the purpose of these celestial bodies, but I knew whatever was going on out there, it was big. It seemed at the time like the perfect metaphor for possibility.

Nowadays, I don’t often consider the universe beyond our world—life has become so much fuller now, and decorated with responsibilities. There are nights though that are so clear you can’t help but notice the constellations and the limitlessness of space. I’m reminded of the wonder I had when I was a kid, and the gratitude I now have for the planet I live on.

There are millions of people out there, like me, who have a soft spot for space. We watched Star Wars and read Fantastic Four, and couldn’t wait for the return of Haley’s Comet. It wasn’t so hard to get hooked on outer space when you consider how many aspects of pop culture it’s influenced. You can find the magic of stars in lines of poetry, and galactic charm in the Googie architecture of California. There’s stargazing clubs, and 4K video games with protagonists who defend Earth in Andromeda. Sometimes getting out of our solar system feels just within reach. Sci-fi operates on the axiom that you can travel from one planet to the next as if you were packing the trunk of your Outback for a weekend getaway in the Poconos.

Today space is more popular than ever—a SpaceX launch taking off from Cape Canaveral can sell out its 100,000 seats.

Which isn’t so surprising. Millennials-on-the-move are more interested in space than previous generations. Although they are far more likely to rent than own, they know how to travel in style. Breathing in the air atop the mountains of Machu Pichu and wading through the turquoise waters of Playa Conchal in Costa Rica are experiences that trump being chained to a mortgage. And space is the next place Millennials want to go. An Ipsos study showed that 19% of adults 18-34 would volunteer to visit Mars (compared to 13% of Gen Xers, and only 5% of Baby Boomers). They’ve done their research too: forty-one percent of Millennials know what the Goldilocks zone is—for the rest of us that’s the area near a star where a planet needs to be for water to exist.

Perhaps another reason Millennials are looking forward to space travel is because their everyday gadgets are getting upgraded faster than they can pay off the bill. They know first-hand how rapidly technology is advancing on Earth, and it’s easy to presume that it’s only a matter of time before new tech gets us deeper into space.

But we’ve still got a ways to go. Humans have only been as far as the dark side of the Moon, a distance of 239,000 miles.

Mars, at its closest, is 34 million miles away.

Can Anybody Hear Me?

It’s not just the distance between other planets that poses a problem.

By now the hazards of space are common knowledge, but they’re worth repeating in light of the growing section of the population willing to brave them. Once outside our exosphere, the first thing you’d realize is that it’s cold. Very cold. The coldest place on our planet is the East Antarctic Plateau in Antarctica. Temperatures there can reach minus 130 degrees Fahrenheit. A human sporting a parka and a pair of heavy fleece-lined pants would have about three minutes to survive outside. Space on the other hand is minus 450 degrees Fahrenheit! And, oh yeah, it can also get really hot. Just ask one of the crew onboard the International Space Station (ISS) when they’re in direct sunlight.

These extreme temperatures are just for starters. There’s also no air, so not only can you not breathe you can’t hear anything either. Makes you appreciate the comforts of Earth just a little bit more, doesn’t it?

Despite the perils of space travel NASA has always believed it’s worth the risk. Especially when one of their main goals is to find other inhabitable planets.

NASA has gotten some pretty good press the last fifty years, ever since the success of the Apollo 11 mission in 1969. Millions of viewers were captivated by their black-and-white TV sets as the Apollo lunar module touched down on the Moon and Neal and Buzz bounced across its pock-marked surface. A door previously closed to mankind was swung wide open—Ursa Major and the North Star weren’t just for navigation anymore, soon we would be sending rockets to their solar systems to stake a claim.

But despite successive trips to the Moon things didn’t happen quite so fast.

In 1977 NASA got America excited again when they launched Voyager 1, a probe designed to study Jupiter and Saturn on its trek into the beyond. Even with an impressive rate of speed (11 miles-a-second) it took thirty-five years for the probe to exit our solar system. By the time this feat was announced in 2013, the kids who had watched the Moon landing on TV were now preoccupied Baby Boomers preparing to send their kids to college. We were going to need a whole new generation to champion the colonization of the Red Planet.

Enter Sir Richard Branson, a jetsetter and business magnate with a vision to bring space to the people. The very rich people at least. In 2004, Branson and his newly formed Virgin Galactic announced that by 2007 space tourism would be a reality. When 2007 came and went Virgin had no choice but to push the date back. Continuous delays still weren’t enough to keep wealthy cosmic cruisers from reserving their seats. The price tag for Virgin’s maiden tour into space? A hefty quarter-of-a-million dollars.

The idea that one day soon astronauts will be sharing space with whoever can afford it is due in large part to Branson’s marketing bravado in the early 2000’s. And although the dream of space tourism is yet to be realized Virgin Galactic is at least heading in the right direction. The company had its first suborbital space flight in 2018.

Branson hasn’t faced the challenges of space travel alone. His younger contemporary, Elon Musk, has been launching rockets since 2006. Just in case you never heard of him Musk founded SpaceX, and cofounded X.com (which today we know as PayPal) and Tesla.

Musk has sixty flights under his belt; some of these flights have even resupplied the ISS. But before everyone was talking about his company it had its fair share of struggles. Typing the words ‘spacex’ and ‘explosion’ into YouTube’s search field will yield you thousands of results.

Fortunately for SpaceX time has been kind. Today when we think of SpaceX we think of ‘Starman’ in Musk’s old Tesla cruising the interstellar highway towards Mars, David Bowie blasting on the stereo. No one would be able to hear the music of course, but we still think it’s cool. And certainly no one can forget what they saw in the sky one fall evening in 2018. The cell phone videos uploaded to the internet were zoomed in on a ball of bright white light speeding across the sky, a buoyant bell-shaped contrail following behind. It wasn’t surprising that social media’s first reaction to the sight included panic—it had never seen anything like that before. Only later did onlookers learn that what they witnessed was a SpaceX Falcon 9 on its way up to space to deliver a satellite.

If technology continues to keep pace with ambition it’ll be interesting to see where space will take us from here. Today, the Falcon 9 only requires 25,000 gallons of RP-1 (rocket propellant) for its first stage compared to the 200 thousand gallons needed for the Saturn V in 1969. SpaceX has even developed reusable rocket boosters to knock down the price on a trip to space. There’s also been developments in how far we can peer into the universe. Hubble has discovered countless galaxies: we’ve been able to map out solar systems, and name contenders for planets that might be like our own.

Marvel blockbusters like The Avengers and Guardians of the Galaxy seem less like fantasy than when we first read about their adventures on the pages of comics forty years ago. No doubt the things that Branson and Musk are up to, the popularity of quantum mechanics, and technological innovation have their part in creating the vision of our future.

Of course, there’s always the chance that someone’s going to be disappointed—depending on what they mean when they talk about space. If they’re hoping for a new planet covered in fields of exotic plant life and pools of warm blue water, they might be waiting a while. We have to find a way out of our solar system first, and we’re still working on that. The Voyager 1 probe won’t see another star for another 40 thousand years: this number alone should give you an idea of what we’re up against. For now, we’re going to have to make do with our own playground. It doesn’t have any other planets with water, but it has Mars, and it seems like a lot of people are looking forward to setting up operations there.

While we’re waiting, I heard that on Earth there’s a nice little spot in the Caribbean to visit during the spring—a little sand and a few margaritas might do us a world of good.