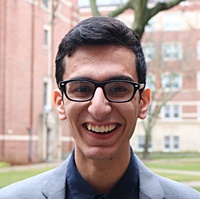 7513 STEADMAN ST.
After coming back home from work one night, sitting down to a bland microwaved meal and flipping through the channels in the dark, I suddenly felt conscious of myself and everything, or rather nothing, surrounding me. Down the street of leaves rustling on a windy autumn night, the living room lights shone through the heavy drapes of the neighborhood houses like the light escaping through the slits of your fingers when hovering your hand over a candle. Watching the muted world with the sounds coming from the TV in the background, I felt like something was missing as I looked through my window. I felt alone. Like I just woke up from a ten-year long coma and felt an intense urge to catch up with everything I missed.

I grabbed my coat and walked outside.

After walking down the block and stopping at the corner beneath the white street light capturing the clouds of my breath, I knew where I wanted to go.

It had been so long. Nothing would have stopped me from getting there once my muscles conceived my purpose. I wanted to just walk there, not ride there. Something about walking by and allowing the senses to be cuddled with the sounds of my shoes in contact with fine concrete, the gust of wind following a car, the smell of cut grass, and the cold on my face.

I walked silently with my head looking down and began to shiver. I didn’t really think of much nor take notice of anything around me, but I imagined how nice it would have been if Ma and Pa were with me to see it all again. I did not live too far from here, but the idea of coming back never crossed my mind. I lived in the same town all my life and yet never thought of doing this as I got much older and moved away. How shameful. It took a while to find it, but when I finally found the street and standing on the corner, I looked up to make sure. Steadman St.

I felt like I had been sucked back into my long-gone past, travelling from the future and clicking replay.

The first house closest to me on the corner belonged to a single mother with six children all boys. I always played cops and robbers with them, but only late summer nights where it was more thrilling. They must have been in middle school and early high school when I was in late elementary. They could be married by now and have children the same age I was when I met them. They could also be fatter, hairier, greyer, happier or miserable. I hope all is well. I wonder if any of them still live here.

As I edged on closer to the middle of the block, the deeper I was plunged within the episodes of my past. The tree with the hanging red cherries was gone, and it was now nothing but a patch of grass on the front lawn. I remember the old man would scold me for feasting on those sweet cherries. Must have passed away. Goodnight old man.

I kept walking on and comparing the present with my memory like the changes in those flicker paradigms. And lamented each time I caught something. Each house on both sides of the street I knew by heart and shifted my head side to side remembering every lawn and backyard I ran across, every door I knocked on, every porch step I sat on. And of course, every friend I met. I remember when we used to hold on the back of the ice cream truck while wearing rollerblades. Or when we equally split the group to stand on both sides of the street and fooled the cars by pretending to play tug of war with an invisible rope. Ms. Fountain sent us back home for disturbing the peace. We came back together that night and took turns peeing on her plants.

When I stopped at Waseem’s house, I thought about the day we decided to ride our bikes on the street even when our parents strictly told us not to. A car almost hit him, and the old man got out of the car and asked to see our parents. I lied and said I didn’t live here. But Waseem led him to his door. He told his parents and I thought he was such an idiot.

When he left, Waseem’s dad dragged him inside and I waited near the open side door. But then I heard the cracks of the leather belt and the cries following each one. I went back home afraid and saw Waseem the next day at school with bruises and marks. He lied about how he got them. He probably didn’t want to make me feel bad because I was the one who pressured him into riding on the open street. But now I know.

, I got to where I wanted to be. Right next door, there it was. It was what pushed me to be out here in the middle of the night. The house looked the same as when I was just a boy. The address stamped on the wooden plaque in front. 7513. Suddenly, the phantoms of my imagination acted out each scene. I saw Pa’s old truck come up the driveway where I would wait for him to come out so I could run up and hug him. Mama was watering the flowers and watching with a smile. The scene shifted and I saw my older brother counting behind the tree as I ran to my hiding spot. And I saw us together on the other side of the kitchen window eating ravenously and making faces. I looked up to the bedroom windows and could see my brother and I sneaking downstairs late at night to find the hidden snacks. We laughed so hard until Pa woke up and took us back to bed by the ears. I really miss Ma and Pa.

I resumed focus like the contraction of the pupil when a car drove up the driveway. It was a young family. The two boys rushed out of the car with their candy as their mother and father opened the doors for them. I smiled and walked on.

As I passed the house next door, I thought of the girl with hair the color of autumn. She must have been close to graduating back then. She taught me how to play the piano and took care of me and my brother when our parents were out of town.

I saw a grown woman wrapped in a blanket sitting on the front steps. The yellow porch light reflected off her dark orange hair, but I couldn’t see her face that well. I waved and smiled at her. And she does, too. I go on to walk back home.

My name is Hussein Alkadhim and I was born on April 22,2000 in Dearborn, MI. My two parents, Amin and Nada, are immigrants from Iraq. Growing up, I began taking interest in English and foreign literature. I took it more seriously during my high school years. I am now a freshman at the University of Michigan and have also begun writing prose with the help of my peers and my mentor. I aspire to claim an English degree yet curious about what lies from there.