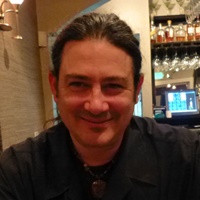 THE NARRATOR AND THE POET

It snowed all day
and now, although in a timid way,
sun is shining through the clouds
like a small but slowly growing hope,
and it is casting shadows
of budding branches
on the white silence
of the smooth snow.

The poet is at the bay window of his house
gazing upon the world outside
while sipping of his drink.
He is in deep thought
that is distancing him
from his narrator.

Somewhere else a hungry kid
is sharing his bread
with another hungry kid.
Look at that gaze! That gaze
of him when he decides to share!
That’s it. That’s where
we all need to be.

The poet imagines that gaze
and contrasts it with the reptile look
on a president’s face
who calculates in his mind,
as he lies to all of us,
how to make money out of the disease
and the cure that is yet to be invented.

What a world! Thinks the poet
and the narrator now understands
why the distance.

The poet takes another sip
and distances himself deeper
into his quarantine.