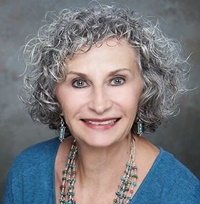 1.Tell us a bit about yourself – something that we will not find in the official author’s bio?
The physical environment where I spend my time—my home, my yard, my study—are extremely important to me. My study, for example, is painted a soothing shade of green and also doubles as my yoga studio and, during the Covid 19 stay-at-home, my workout space. I’m surrounded by artwork on the walls. When I write I like to have music playing and scented candles (eucalyptus is a favorite) burning.
As soon as I could afford it, I started to buy original artwork. At this point, despite owning a large home, it would be hard to find room for more art. It is a privilege to support artists of all types from around the world. We have paintings, prints, baskets, masks, and sculptures. Much of it comes from travels to places such as Peru and the Canadian Maritime Provinces. I love walking through the house, seeing the different pieces, and remembering the trip when I bought it.
2. Do you remember what was your first story (article, essay, or poem) about and when did you write it?
I began to write casually while I was still working as a professor, probably in the late eighties or early nineties, inspired by short stories in The New Yorker, which I read avidly. I remember writing a first story, inspired by a walk around a pond and through some woods on the campus of my university, the State University of New York at Albany. I wrote it longhand, in purple ink, on yellow lined paper, but I don’t remember what it was about. Godawful, no doubt, because I knew nothing about writing fiction, despite having written numerous professional journal articles for my job.
My first published story—flash fiction—is called “When You Lose the Love of Your Life.” It appeared in a literary magazine called Foliate Oak in 2017. It’s me imagining what it would be like to lose a husband after a wonderful, long-term marriage. The mixed emotions, the longing, the loneliness.