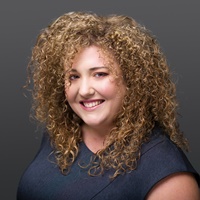 The outer suburbs wear a constant dressing of lawn maintenance sounds. Any day not marked by the rare appearance of rain holds the background noise of a lightly whirring motor, blending gently with the lingering smell of cut grass. Despite the constant attempts towards a tidy lawn, the grass teams up with the most hostile of weeds to rise up against the shared enemy of rusty mower blades. It is a constant battle for territory that continues day after day, and will never be won for either side. For the residents of the houses that sprawl out down the sides of dusty streets, the sound becomes no more significant than static drifting from a TV mistakenly left on in another room.

The dog howls with every siren that passes. It isn’t clear whether he thinks he might be joining a chorus that rides the streets like a parade, or if he is simply vocalising his respect for whatever poor soul might have fallen into the necessity of sudden assistance. Either way, he howls every time.

The dog lives with a child who swears like a sleep-deprived truck driver. No more than seven years old, the boy bursts with expletives to the point where his voice seems incomplete without them. He declares the need for his ‘fucking juice’ as if to him, this phrase is one word, a word that he might not understand without its explicit prefix. The boy’s parents don’t seem to notice his language. They spent their own childhoods sweating under the same UV rays, to the point where their skin still appears stained with the remnants of long-forgotten burns. Foul language is brushed off as an accepted side-effect of heatwaves that never seem to end.

The dog drools around the scent of meats roasting in a kitchen that barely needs an oven to begin the cooking process. The smell drifts down the corridor where it becomes churned up with the stale aroma of recycled air. The aging air-conditioning unit has lived through its share of unseasonable Christmas roasts. It has pushed on through summer birthdays and holiday guests, working itself into a fatigue that leaves it only marginally better than a cheap pedestal fan.

The dog knows the boy, but he answers to the man. The man is the one who waits every morning for the newspaper that he pretends to read through hazy morning eyes. The man drops the dog an extra meat scrap when no-one else is looking, faking a loud cough to cover up the sloppy sounds of canine hunger. The man is the one who sits out on the verandah with the dog every evening, no matter what temperature the star-lit air might reach.

It is those late-night verandah sessions that the dog cherishes most. There is an old recliner with ripped lining that sits next to the seat everyone acknowledges as belonging to the man. It sits empty in the sweat-drenched light of the afternoons, but the dog knows better than to try to jump onto it when other voices zip around the constant drone of languid flies. After the sun sets and silence settles beneath the chirping crickets, the dog is allowed on the recliner. When everyone else is asleep, the dog is treated like a guest, an honoured companion for the man who names himself as the dog’s best friend.

“Quiet out there,” the man comments, gazing across the sparse front yard.

Without needing to look, he reaches under his seat cushion and pulls out a treat the dog has learned to expect when these nightly meetings roll around. The dog waits patiently for the familiar signal before snapping the treat in his jaws, barely pausing to chew.

The man breathes in the warm night air, holding that breath for just a moment before he lets it slip out of his nose. His stare is pinned to the street in front of him, his face aimed across the weeds that fight their way along the path. With a furrowed brow, he pulls his wallet from his back pocket and holds it between terse fingers. The dog can only just see the lines that wrinkle deeper around the man’s eyes as he finally looks down to open the little pocket of tattered leather.

“Strawberries,” the man shakes his head, unfolding a small slip of paper that sat nestled between the coloured banknotes, “She wants strawberries for Christmas. Says they’re nice in a glass of champagne.”

The dog watches as the man chuckles lightly to himself, his vague stare turning back to the street in front of him. When he catches his own attention, he coughs and picks up another treat to send in the dog’s direction.

“We had a strawberry patch when I was a kid,” the dog hears the commentary over the sound of his own excited chewing, “Mum had a knack for growing them. Made it look easy.”

The man smiles as he puts the shopping list back in his wallet. It is a smile that seems somehow tainted, and drips away from his face as he counts out a small handful of banknotes.

“She laid out a little path with rocks,” the man explains, slipping the notes into a creased, white envelope, “Always let us go through picking them. Looking under the leaves to find them. Like an Easter Egg hunt that lasted the whole season.”

The man pauses to stare at the envelope after sealing it shut. The dog doesn’t understand, but detects an uncomfortable level of emotion in his closest companion. As the moment fades away, the man stands up, whistling to let the dog know he can follow.

“Tried to grow my own after. After, you know,” the man mutters, speaking in a tone he keeps like a rare commodity that is only ever brought out in these private meetings between himself and the dog, “Never managed it like she did.”

The man stops when he reaches the end of the path. He scratches the dog behind the ear without looking at him, holding the envelope gingerly in his other hand.

“They either shrivelled up or never grew at all,” he grumbles, “Or got hit by the bugs if they ever managed to make it to that stage.”

He looks down at his hands, disappointment shadowing his face. The dog doesn’t know the name of this emotion, but he feels a pull from inside himself whenever he sees it. He sees it often enough to recognise it.

After a moment of hesitation that has battled with the man on every previous night without taking a single victory, the man opens the back of the mailbox that barely holds itself up at the end of the path. The numbers have started falling away from their position, but no-one has put any effort in to fixing them.

“Don’t care for strawberries these days,” the man stares directly into the mailbox as he speaks, “They all taste like those shrivelled ones. The ones after. The attempts.”

With a careful glance over his shoulder, he slides the envelope into the box, pulling out another one from its place. The dog watches this ritual on a nightly basis and has learned that the box will be empty the next morning. He sees it when he rushes out to collect the newspaper from the dry, brown grass that grows in patches around the fence.

“That’s just it, you know. That’s life,” the man speaks quietly enough that the dog can barely hear him, “Not everyone can grow strawberries.”

Wandering back up the path, the man barely looks down at the dog, who follows closely behind him, nonetheless. The dog sits behind him on the verandah, watching him pull a small, transparent bag from the envelope. The dog has seen the little round objects that always come hidden in these plastic bags. He knows the odour of their chalky residue enough to smell it on the man’s whiskers in the first light of the mornings that follow.

“We just do what we can,” the man scratches the dog behind the ear again and settles into the recliner with the little bag in his hand, “Right, mate?”

The dog will wake him up before the sun beats him to it.

Sarah Jane Justice writes lyrical poetry, whimsical character pieces, and thrilling genre fiction. Her poetry has been included in collections from The Blue Nib, Capsule Stories, and Pure Slush, and her short fiction has been published by Black Hare Press, Caustic Frolic, and Hawkeye Books. In addition to the written word, she is a celebrated spoken word artist, having won an array of competition titles, and performed at the Sydney Opera House.