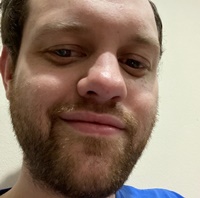 Where Are You Going?

The blanket of stars spread out onto the night sky. Down below, there were blinding colorful lights, indicating a feeling of whimsy and nostalgia. The sounds of excitement and laughter along with dings and pings, reveal that it was a time for amusement. The smells of buttered popcorn, fried pastries, and fluffy cotton candy overwhelms the area.This place indicates a symbol of fun, to be a kid again. Or to enjoy one’s childhood until reaching into adulthood.

The fair was in town, that much can be said. However, Jerry was not having fun. No, Jerry, at that moment, was stuck high up on a broken Ferris-wheel ride with someone he would rather notbe stuck with at all.

To be fair, he hadn’t spoken to this person for a while. Maybe somewhere when they were fourteen is when it stopped, he would think.

Grasping onto the thin metal plating seat that he’s sitting on, Jerry took a glance at the one that caused him so much frustration during his childhood. A girl, plain and simple, with her long golden locks all curled up and displayed – she probably let her sister do her hair, cause there’s no way she would have done it herself – sat there simply.

Her name is Melissa, a girl that tormented him since they were in the third grade. She wasn’t like most girls, her being a tomboy. She played in the girls’ basketball team and played a little bit of softball, while Jerry usually studies art and music. He didn’t know what he did to make him be her target in the first place. Was it that he was skinny back then? Awkward? A nerd, somewhat? He doesn’t know, she just liked to mess with him at times.

Granted, it wasn’t in a malicious way. The abuse was more of name calling, him being the target during a dodgeball game, a little bit of roughhousing, some shoving, or just insulting him. She even made insulting quips about his artwork at times. Thankfully, during 8th grade, she mellowed out, and started to get a little more social with the other girls.

Now they were seniors in high school, enjoying their time here at the county fair before graduating and going off to whatever college they’ve been accepted. Jerry was enjoying the time at the fair with his buddies, while Melissa was with her gal pals. She became more feminine now, getting into cosmetics a bit more.

One could even say that Melissa looked…pretty now.

He wouldn’t admit that, though.

His lips pursing into a thin line, he gripped the metal seat under his fingers. This awkward situation was surely constructed by some force to let these two somehow meet again.

Darn Ferris-wheel just had to stop working, didn’t it? He might as well strike a conversation with her.

“So…” said Jerry as he started the conversation.

Melissa turned her head over to him, her face expressing curiosity at what he has to say.

“…Where are you going?” he asked her.

She looked at him strangely, almost as if he’s asking him to elaborate.

“I mean, what college are you going to?” clarified Jerry.

Now understanding what he meant, Melissa just smirked and said one word, “Yale.”

Yale? That was a good school.

“Yeah. Want to be a lawyer or something.”

“Not a soccer or basketball player?”

“Nah. Want to try something different.”

“Where are you going?” Melissa asked him.

“Just an art college in New York City.” He waited for her to say something negative about his art.

“Hm. Cool,” she said, much to my surprise. She even surprised him further by saying with another smirk, “We’ll sort of be close by.”

“…Yeah,” said Jerry, a little uneasy at the look she’s giving him.

Her smirk then turned into a soft smile. His stomach felt like it was fluttering up to his chest. It was an odd feeling, a feeling that was caused by her as of right now.

“When do you think they’ll get this thing going again?” Melissa asked him.

“…I…don’t know,” Jerry said to her, now noticing that the girl who used to make fun of him looked tranquil thanks to the light below and the stars above.

Silence pushed through their tension.

Melissa blinked and snorted at his comment, “I guess I am. My sis basically prepped me up.”

Ah, he was right.

…It was then Melissa started to say, “Hey, um…I’m sorry.”

Melissa giggled. Wait, she giggled? Who is this?

“You know…about all the crap I gave ya,” she says.

“Well…I guess I was like that…because you were so good at everything, and I wasn’t.”

Melissa smiled softly at Jerry. “Thanks.”

Jerry blinked at her weirdly, “For what?”

Then, in one swift movement, Melissa leaned forward to plant a tender kiss on his lips.

The taste of her lips was sugary, she had just consumed cotton candy. He remembered somewhere that she loved anything cotton candy, to ice cream, to jellybeans, and to candies.

The feeling of shock wore off, and he began to kiss back. All those memories of her back in his childhood? Gone.

It felt odd to kiss someone that you used to not like…but maybe he preferred it that way.

So, they kept that kiss going…

Things truly had changed. Was it for the better? He would like to think so at this point.

And then, the Ferris-wheel started to move again. Much like Jerry and Melissa’s newfound relationship for each other. Their thread of fate has been tied to their beings, and they still will be when they go their separate ways. It will lead them back to each other…

That’s where they were going.

Joseph Hodges: I am a 32-years-old, and I love to write stories! Whether it be fanfiction or an original fictional story, I love to write as well as craft my writing into something extraordinary! I’m also an online student at Full Sail University, and I’m studying to get my degree in Creative Writing! I’m sending one of my stories for extra credit! I hope to make it someday to be a head writer and creator of some of my own original animated shows(I’m an animation nut)! I’m just trying to broaden my horizons, so to speak! I originally am from Mississippi (lived there for 31 years) but I am now living in Houston, Texas. I hope my writing and stories will be an inspiration to all!