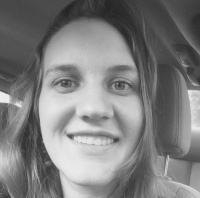 Simultaneous Perception
Pixels in 24 bit
I stand by the ocean shore,
and I went screaming in black and white
while glitches danced on my skin.
JPEG animations flooding out my knees
the fluttering of those chats
those 1997 Internet aesthetics
linger on some dead webpage.

Pixies in 24 hours
like savage horses racing in the wind.
They fly in multi color illusions,
while the goosebumps on my skin bundle
and my knees catch the ocean shore:
the fairy fluttering of Dead Sea Scrolls.

Synthetic Planes of Hope
Auto-tuned reality speaking through the intercom,
suggesting a lullaby, a trance, a vacation on a tropical island.

It’s my best friend with plastic carved cheeks.
Synthetic food unready to digest:
we copy and paste until we undo,
we click and we click,
but we never feel reassurance from all these clickity-clacks.

Mom with the gardening tools in hand —
she has a beautiful white teeth smile
maybe she’ll be in an ad for constipation or adult diapers,
the dad with the barreled chest
and his perfected golf swing — probably something about retirement.
Oh, and a boy with his feet in the mud
with lovely sunbeams in his hair
definitely going to be used for a vaccine ad.

A girl with neon purple hair
laser beams shoot out her eyes —
she summons an undead army.
Lazarus greets her in the stock photo.
He stirs from the tomb
as the girl slurps
down spaghetti in another picture
while holding hands with the Kraken.

We Live inside Satan’s Body
Broken body, we live inside faux devonshire cream:
we live inside the sin we adorn with tiaras and lattes,
the beast our universe creeping on its belly, expanding
with cheetah momentum till it bursts into confetti.

It’s an anti gravity dream.
The flow of this sluice will snag, for we drift
in the body of faux supreme.

We embellish what we cannot redeem;
the parasitic body floating in space
it’s a giant helium bubble
coming at a price tag
that the walls cannot afford
for the Prince of Darkness’s body
breaks down in light.

This congested, clogged, and convoluted rune of shaving cream
rapidly dissolves in one time lag’s swipe —
adamantly regarding itself as God, this dying particle beam
malfunctioning from wave to wave.

We drift in the universe’s slipshod regime.
And in its choking, finite esophagus snag
these planes fold into each other, the ante meridiem,
and its sister, the post meridiem dissolve
into a graviton.

Jennifer Silvey lives in the St. Louis area with two cats, a dog, and her husband. She has a master’s degree in creative writing and a bachelor’s degree in mass media: digital film production. Her poetry book Midnight Galleries is getting published through LCk Publishing.