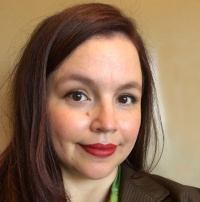 I step out of the house and wince as the cool spring air hits the skin beneath my running pants. It’s early but not too early—my only company the murder of crows digging through the grass between my door and the sidewalk. At eight o’clock on a Sunday morning, the sun has been up for an hour. I put in my headphones and turn on my Zombies, Run! app.

Down the grassy slope I go, jogging past the crows. They eye me briefly but don’t move. They know I’ll swing around them. I pause at the fence and peak around warily. Is anybody on the sidewalk? My shoulders relax. No. This is Vancouver; I don’t expect to see many people on the road until nine. I pick up the pace, listening to the storyline in my ear. In it, I’m Runner Five, running from zombies in a post-apocalyptic UK. People joke that they expected a zombie apocalypse instead of a viral one; thanks to my app, I run from both.

The air is utterly clear. I feel as though I can see for miles, perhaps even as far south as California, where my mother shelters in place in San Jose. Don’t think about that. Instead, I pretend I’m Runner Five, out on a supply run on the deserted outskirts of London.

Something inside my chest unclenches as I put distance between me and my too-small home. My children and husband are probably still asleep. I pass empty offices and locked apartment buildings, one woman alone on a deserted street.

I turn down a small side street. On the left, a small group of townhomes back into a pocket of Pacific Spirit Park. Across the street to my right, the forest curls like a finger around three sides of an elementary school. In between the two is this street; just ahead I can use a short footpath to enter the forest trails, or cross through the parking lot and run along University Avenue.

Someone is crouched behind a small bush on the school lawn. I slow, trying to judge intent, trajectory, and gender before I get too close. He—the figure looks like a he—is on all fours trimming the grass. I think he’s trimming the grass. I hear the sharp snip of scissors alternating with a soft plop as he drops something into the plastic grocery bag beside him. He’s completely absorbed in the task. Maybe this is his way of dealing with the stress of COVID19. A few yards past the grass trimmer, I see a second man walking away. The sight makes me brave. I speed up again, passing man number one.

Just as I do so, man number two wheels around and shouts at the trees a few feet in front of me. Crap. Both men are on the other side of the street, but I might as well be surrounded. The townhomes are behind me. The forest is to my left, the space between the trees overrun with the thorny, snake-like vines of salmon berry bushes. In front of me, the street dead ends into the footpath, and I have to approach man number two to get to it.

A honey-colored Corgi shoots out from between the salmon berry vines, stumpy legs carrying him towards the shouting man. The two turn away, and walk into the school’s grassy field.

I let out a relieved breath and sprint down the footpath. It’s too narrow for social distancing, so I dodge between the trees and run on the wide gravel embankment instead. Two women walk the other way down the footpath, their faces obscured by blue face masks. We give each other side eye.

The empty parking lot at the trail head feels like a refuge. You could line up half a dozen people side by side on the cracked asphalt without them touching. I skip the trails and head for the sidewalk on the other side of the parking lot. From here I can run an easy 5k loop in either direction. Eastward, the pedestrian path undulates gradually uphill. To the West it’s flat, and I can see another runner moving away from me. I go East. Mature maples and cherry trees flank the street on my left, to my right the forest gives way to a golf course. A layer of frost gilds the green grass.

Running was an important part of my stress management before coronavirus. Now, it’s how I flush the stress of the pandemic from my system. I am mesmerized by the rhythm of my feet running up the hill. My mind clears. I pass a tree heavy with cherry blossoms. Pale pink petals drift onto the grey concrete like snow.

A thought glides like a petal through the clear air of my mind. I’m treating people like they’re zombies.

I run quietly for the next mile, mulling that over. I run while female. For a certain percentage of the population, that makes me a target. I’ve been cat called, laughed at, and had drunks comment on my body as I run. I’m hardly unique. According to StopStreetHarassment.org, 81% of surveyed women report experiencing some form of sexual harassment in their lifetime. Many of us have strategies for staying safe when we run outside.

COVID19 obliterated all of mine.

I’m left navigating between two mutually exclusive sets of recommendations designed to keep me safe. If you put the two together, I’m not supposed to run alone because I’ll be an easy target for assault, nor with groups, who might give me COVID19. I don’t know how to stay safe. And yet I want to run.

I crest the top of the first hill. Opposite, another runner is coming up fast. We’re running at different edges of the path, and she’s ten feet away, but unless we do something, we’ll get too close to each other. I dash onto the grassy embankment on my right, widening the gap, and she throws her elbow up in front of her face like a mask as she passes. Crisis averted.

I don’t want to treat people like zombies. It’s bad enough that I have to act as if they’ve offended me–crossing to the other side of the road when I can, putting as much distance between us when I can’t–I don’t want to think of them as mindless corona-zoms looking for an opportunity to infect my social distance bubble.

Several empty busses drive past me as I charge downhill, legs pumping hard. The concrete flows like water under my feet. I don’t slow until I approach the end of the block a quarter mile later. The corner is a popular cross road for runners, walkers, and bikers alike, because from here, you can access both the forest trails of Pacific Spirit Park, and the beach, less than a mile away. Sure enough, a runner peers cautiously around the corner. I stop and wave for her to go first. She waves back. I wait until she’s gone to make my turn.

From that point on, I wave at nearly everybody as I maintain my physical distance. It’s an awkward, stiff little wave, the sort of thing you get if you cross Keanu Reeves with Ms. America and pop the result into the middle of a parade. I alternate pairing my Keanu-wave with a half-smile or a breathless “Good morning.” I probably look like I’m holding in gas. Still, for the first time in weeks, strangers make eye contact with me and either smile or say good morning back. I soak up the contact like water on parched ground.

By the time I turn the next corner my Keanu-wave has morphed into a jaunty two-finger salute from the general vicinity of my forehead. At least I hope it looks jaunty. I feel jaunty. Ahead, two seniors walk together, six feet apart on the path. The embankment slopes up and into the trees; it’s too steep to run on so I climb up and wait for them to pass. I say “Good morning!” They were already smiling at me as they approached.

The women stop at a safe distance. “Good morning,” one of them calls back. “It’s a fine day to be out.”

And then we all shuffle further apart, holding space for two teenaged cyclists to pass between us. “Thank you!” They shout in unison.

With a parting wave, the seniors resume their walk. I run in the opposite direction. I’m still living during a pandemic, but at least I’m doing so on a bright spring day, surrounded by humans instead of corona-zoms. I am physically distant but not socially isolated.

Teresa Douglas is a Mexican-American living in Vancouver B.C. She has an MFA in Fiction from Sarah Lawrence College, and an MBA from the University of North Carolina, Chapel Hill.