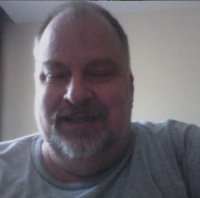 New days ahead and worlds of wonder.
Riding on my bike and looking for my plunder.
I ride around a lot, and girls have nothing against me.
I just never try to get close to them then they can’t scorn me.
What a day, what a day, what a day to do (singing).
Think a little bit about then a little bit more and then soon your day is through.
Throwing newspapers on doorsteps once again,
That’s what I used to do.
Sometimes we don’t want time to end. But what is time?
I suppose it’s what is put into numbers on that watch or clock and shows a 12 at the top and a 6 at the bottom.
When we die….oh well, who knows what that is.
Give it a chance, that thing at the end, and it will come to fruition
Sooner than you think.

A Brief History of the Old and New Autobiography

Ah, speak, memory. For all the hindrances and times not spoken of formerly.

Of all the babies born to no hospitals and islands and streams and mountains and foothills undesirable to naked babies’ population.

Resurrect the dead of old and return the damage to the skin graft today (that’s DNA).

Boys in the foothills being crazy on their bikes. Hot rod snot shots keeping castles watered by their panty wastes. Buick boys revving up parents’ engines while their friends speed by on their ten speeds going miles and miles ahead of them.

Ah yes, you were roasted by your buddy who thought he was a comedian, but unfortunately one does not have all the answers. Only one answer at a time.

Dad was afraid to get ahead but still kept the engine warm enough to not die and got me through my newspaper route and then on to school. Bullies were waiting in the dark spots of the hallways, lockers. There. Toilets were torture chambers. Yet no teacher heard my screams.

Moms and the milieu of being hidden on the streets and avenues just going down. Down. Quick shops and thrift shops were everywhere, every corner, and then ablaze by the new kind of terrorist—using gas and a match. Kids played with matches. Burned their families’ homes down good.

Honed down, we went to watch them. What a mess. Kitchen products done on time and timely. Unwanted rats got drunk on that Bourbon drops your friend’s dad threw away, and then boys did nasty things in their basements.

Old tv shows still in black and white, all through 1967 and beyond, so how could we see the colors, the flowers, the power, and the days beyond?

It’s all about a transition, a transition from old to new. It started with the first man on the moon, and then went on from there. So we were roasting hotdogs over the fire while wondering why we weren’t using the latest gym equipment and spandex, instead of thinking the dusty hills were going to whip us into shape yet?

Ongoing thousands-sawed off shotguns, they killed hostages in the Olympics and brought home bacon-fried billy goats for their hungry dogs.

Throughout the war, American farmhouse widows saw it all. Their husbands dead, the horses, the hogs, the dead bugs and all the rest. The cat lapped up the sup, the frozen turds and fish in the fridge were just there waiting for the next time the family went starving, and stopped short of killing their kids in a Hansel and Gretel manner because the Church had taught them to prepare, and have some food put away. Thank God. Spare the rod and spare the kids!

Towards new beginnings we now think, Chicago and some old rock from the early seventies will be our far-laid prophesy property, yet Nostradamus has no effects on the hippies with their blackjoints.

If you are wondering what this is all about, just remember that the memory does not always right itself as it should. It is like the rain is right, isn’t it? How can it be otherwise? How much clearer could impotency be? (a clear wet spot on the crystal clean pavement).

Take the frozen pizza out of the fire already. You can’t eat it like that! Modernization is the key (a time that is no longer 1960).

Eat the slices of the bat instead.

V. W. Barrett is an infrequent travel writer and has published poetry in Daedalus Flyer and the Utah Herald Journal. Born and raised in the American west, he has an MFA from the University of Arizona. He is the author of the travel guide, Greater Than a Tourist: the American West, published in 2020.