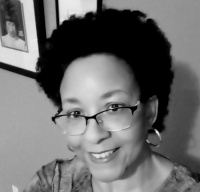 And All of the Days of Infamy and Grace In-between

“Mom, do you ever wonder what the future is gonna look like?”

I don’t know if it was the water’s soothing caress, the process of scrubbing off the day’s dirt, or simply the one-on-one of it all, but whatever the reason, the bathtub had long been the place where my then five-year old son and I routinely discussed the more meaningful things in life.

“Don’t worry.  In ten years or so the future will be here and you’ll know exactly what it looks like.”  I smiled and tickled his feet in hopes of luring him back into the less taxing confines of the simple and silly.

He giggled and for a moment looked game before the old soul in him stirred again.  “No Mom,” he said.  “I mean after we’ve gone to heaven.  Do you think the future is gonna look different then?  I mean, like, will a tree still be called a tree or will it be called something else?”

The day prior to 9/11’s first commemorative anniversary, I asked my son if he knew why people were talking about September 11th and if he recalled the planes that flew into the two tall buildings in New York.  His response–a shoulder hunched, “Not really.”

Perhaps I should have been grateful that my son harbored little memory of that tragic day or the agonizing ones that followed.  After all, he was a child easily saddened and quick to cry.  Also, much like his father, he was prone to night terrors that left him trembling, if not pleading for mercy beneath his twisted sheets.

Who knows what kind of emotional and/or psychological trauma might have occurred had I not sought to shield my son from the real-life nightmare that caught so many of us off guard that sleepy September morn, but within seconds forced every still shut-eye wide open.  Truly, a nightmare it was and one filled with all of the sights and sounds of our most basic fears, like fire, and falling, and hordes of people fleeing, their faces painted in varying combinations of ash and blood, but all framed in the same blank shade of terror.

Rather than spare myself, I’d opted for the role of witness, a stance motivated in part by patriotism and pride, but which led to a less than honorable appetite for the most horrific details.  How many died?  What was said in those final phone calls to loved ones?  There’s actual footage of people jumping?  Just how hot were those flames?  Like a junkie sprung on an hourly fix of media-doctored madness and mayhem, I watched, read, listened and in the quiet spaces in between, I wept and prayed for all that had been lost.  Nothing good could come from exposing someone as young as my son to such an experience had been my line of reasoning.  Now I wonder if I might have been mistaken.

In many ways, the September 11th tragedy in my son’s life parallels that of the April 4th assassination of Dr. Martin Luther King Jr. in my own.  A few of the similarities are downright eerie.  In 1968, I was living in Memphis, not too far from the small liberal arts college that back then bore the name Southwestern.  At the time, my mother was the sole parent present in my life.  My father, a military man, was stationed in the Philippines.  Similarly, in 2001, my son and I were Memphians, living in the shadows of that same liberal arts college located on the corner of North Parkway and University Street, formerly known as Southwestern and now known as Rhodes.  Like my mother, I was a lone parent.  In the weeks prior to the September 11th attack, my husband had moved and started a new job in Cleveland, Ohio.  And my husband’s employer?  The Federal government, the same as my Dad’s, only in a non-military capacity.  Even our respective ages fell within the same span of early childhood.  My son was three months shy of turning five when the twin towers toppled.  I was nearly seven months into my fifth year when King was murdered.

I want to say I remember hearing the now famous “Mountain Top” speech on the radio the night before King was gunned down.  For years I’ve been able to conjure a sensory filled image of myself at age five listening to the rise and fall of King’s distinctive voice as I lay in the pitch black of the tiny room my mother and I shared.  Though the memory could very well be a false one that willed itself into creation over time.

But there is one thing I absolutely do remember with regards to that sad and brutal event–a memory equal in intensity only to the one I’ve held since I was three when the middle finger of my right hand was accidentally crushed in the sudden slam of a car door.  On the day of MLK’s funeral, rather than make herself comfortable on any of the available den furniture or even the floor, my mother chose to squeeze herself into my little red rocking chair.  Positioned there in front of our 16 inch black and white TV set, she sat and rocked with tears streaming down her face as she watched the slain civil rights leader’s home-going.  Barring the onset of Alzheimer’s, that image of my weeping mother is one I will surely carry with me to my own grave.

Without that image, King’s assassination would have been, for me, forever lost in a muddle of memories.  With it I’m able to stake a genuine claim as a witness to that murderous moment in history.  Much like a puzzle piece, which when properly placed, brings an entire scene into focus, the image allows me the clarity to not only look back as an adult and see “the big picture” but to experience the emotions of it as well.

A part of me regrets I didn’t allow my son the same opportunity with regards to the September 11th terror attack.

I have a friend whose father participated in the 1968 Sanitation Workers Strike that brought Martin to Memphis.  My friend, who was a pre-teen at the time, likes to tell the story of how she and her siblings accidentally stumbled upon the “I Am A Man” sign her father had stashed in a closet.  Her father was a self-employed landscaper who sodded and graded the lawns of newly built homes.  According to my friend, in addition to not wanting to alarm his children, her father had hidden the sign out of fear that word of his involvement (via some of his less than sympathetic neighbors) would get back to his primarily white clientele.

Not until I became a parent did I fully appreciate  and understand her father’s instinctive desire to protect his offspring from all that might hurt or harm.  Even so, I can’t help but wonder how my friend’s view of the world and her role in it–currently as a professor who specializes in race, class and gender issues–might have differed had she never seen her father’s picket sign or had any firsthand knowledge of his involvement in The Movement.

Certainly, I don’t regret shielding my son’s eyes from the searing glimpse into hell that was 9/11.  At age four, he possessed neither the insight nor the emotional fortitude to stomach such a vulgar array of visual horrors.  But had I to do it over again, rather than a total shut-out, I think I’d grant him a small degree of access, if to nothing more than my feelings about all the good and evil done in God’s name on that day.  Rather than close the door completely, I’d leave it cracked in hopes that he would, in fact, bear witness to my tears and prayers and perhaps therein be forever changed for the better by the experience.  And if he dared enter, rather than usher him out, I’d gather him into my lap, press his ear to my chest and bid him listen to the “life is precious” mantra that drives the beat of my heart.

But since I can neither relive or rewrite the moment, I’m forced to content myself with the very real possibility that my son learned as much from my deeds and digressions as he did from my secrets and my silences; and perhaps even more from my honest-to-God truths and my bald-faced lies.

“Mom, do you ever wonder what the future is gonna look like? I mean after we’ve gone to heaven . . . will a tree still be called a tree or will it be called something else?”

Seventeen years have passed, but even now, a part of me longs to tell my son that the future will be very much like the past–full of terrorists, tyrants and tears; absent fathers, dead martyrs and humble heroes whose deeds go unsung, but ultimately good will prevail and all will be wondrous and right in the world.  And yet, the cynic in me is just as tempted to share with him what I truly fear about the not so distant future, which is that there will be no trees or even remnants of such.  The world I envision in my darker moments is one of scorched earth and silence.  And if there be a single tree left, whatever remains of what we now recognize as humanity is sure to destroy it whether out of ignorance, spite, or the purely selfish quest to lay sole claim to the plant’s shade, fruit and beauty.

Thanks to the notes I was smart enough to jot down and save from that time, I know that the conversation about the future I had with my son during his bath in 2002  digressed into a discourse on angels, and how they manage to stay up in the sky and whether or not they ever visit earth.  Sometimes I’m convinced that in asking the questions, my son’s real intent was to help me find the answers for myself.

Lori D. Johnson has an M.A. in Urban Anthropology from the University of Memphis. Her work has appeared in a variety of publications, including the SFWP  Quarterly, Midnight & Indigo, Arkana, Arch Street Press and Mississippi Folklife. She lives in Charlotte, NC, but considers Memphis, TN home.