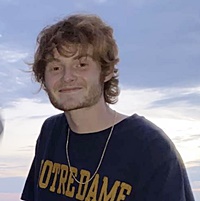 Terra was a mother of seven; America, Asia, Albert, Annica, Austin, Ani, and Edward. She was a single mother. Terra worked countless jobs to provide for her children but as a result could not be as present at home as she would have liked. It was perfectly fine for a long while her two oldest, Edward and America, helped keep the children in line while their mother wasn’t at home. Terra was nothing short of the perfect mother given the circumstances. All that mattered to her was giving her children an environment to thrive. However, with no real authority figure, the children became unruly.

On a normal weekday Terra would work until around 8:30 pm. She would race home after that, to tuck the younger children into bed. After they were settled Terra would leave yet again to take a night shift at her other job. Her lifestyle and the efforts she made for her children were starting to have a visible effect on her. It was obvious that the years of late nights and early mornings were adding up. Terra was still gorgeous, and this made for quite the façade. Those that would see her would ignore the dark bags floating beneath her eyes. Terra would mask her imperfections with her radiance of bliss. Because of this the children took advantage of Terra. No matter the damage they overwhelmed their mother with she would always be a god send.

Terra came home around 6:00 am to sleep for an hour or two before having to wake up for work. As she closed the door and bounded towards her room, she failed to notice a pile of plastic brick toys that blocked her path. Her legs went out from under her and she toppled to the ground beside the toys. She realized, while pulling herself together that there was an ocean of toys in the living room.

“Ani Austin, please come pick up your toys before school,” said Terra, as she started to pick up some of the toys by herself. The two children ran out from their room looked at the toys.

“Those aren’t ours,” said the two.

“Well, whose are they?” Terra scolded.

“Not mine,” said Austin, shaking his head while observing Terra struggle with the ocean of plastic.

“Okay go get yourselves dressed I’ll be in in just a moment,” said Terra. She didn’t have time to reprimand them now, she needed to sleep.

She woke up around 8:00 am sweating bullets. Feeling as if she had melted, she peeled her sweaty skin off of the sheets. Terra paced until she got to the thermostat which was set at 80 degrees. She turned it down to 68 and scanned the room for the perpetrator. Sitting watching television was the most innocent little girl wrapped up in a blanket.

“Asia, honey did you touch the thermostat?” said Terra. “Aren’t you hot, baby?”

“Please don’t touch the heat, honey,” said Terra not having much time to argue. She caught a glimpse of America in the kitchen putting together something to eat before school.

“America, can you make sure, Asia, or any of the others turn up the heat,” said Terra.

“I turned it up a little because I was freezing,” said America while taking the last piece of bread.

“I feel like I shouldn’t have to tell you this but please do not touch the heat,” said Terra.   “It was freezing look at, Asia, she’s wrapped up in a blanket.”

“I do not have time to sit and disagree with you about the temperature please try to keep it down,” said Terra. America scoffed and Terra ran to the bathroom to take a shower before work. She turned the knob, and nothing came out. She tried again this time trying the cold knob. Dry. At this point she sacrificed the idea of showering because she was going to be late for work.

Leaving the house, Terra realized that the thermostat was back up to 75 she crept over to turn it of dodging toys left and right. She was exhausted.

When she returned around 8:30 she found a beat-up orange Prius and a newer silver Honda civic parked parallel to the house. She barged into the house to filled with smoke. She heard unfamiliar voices coming from Edward’s room. Opening the door, she was greeted by a cloud of smoke thicker than the layer that covered the house.

“What in the hell do you think you are doing?” said Terra to the group of six high schoolers. “You are supposed to be watching your siblings and instead you are getting high in your room with uninvited guests. I don’t have time to deal with this.”

Terra slammed the door went to tuck the other children into bed. Terra kissed Austin, Ali, Albert, and Asia and turned out the lights. Closing the door, she slumped to the ground sobbing. Wiping tears out of her eyes she couldn’t help but be demoralized. Everything she did was for them. 365 days a year and 24 hours a day Terra provided. For what? She loved them and no matter how selfish and ignorant they were they loved her. She reconciled with this fact then again mustered her strength and dragged herself to her night shift.

Terra headed home tired after work. At this point it was expected that she would need to deal with some catastrophic event as soon as she walked in the door. As she pulled down her street, she saw flashing lights and a billow of smoke. It felt as though her heart sunk and her lungs collapsed as she realized what harsh reality lied ahead. As she got closer, she realized her Garden of Eden was none. Not able to make it any further down the street Terra felt the tears rolling down her cheeks as her earth came crashing down.