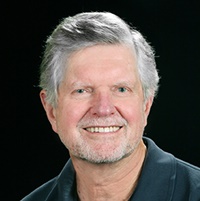 Drawn by the prospect of publication, writers gathered at the conference in Malibu. A bespectacled woman, her gray hair uniformly curled under at the edges, stood and read from her work. “The mother left her children on the beach and went for a swim. She got caught up in the rip tide.”

When she finished, the workshop instructor asked for comments.

A man in the back of room raised his hand. “The protagonist is careless and irresponsible. No one wants to read a story about a character like that.”

A young woman spoke up. “She has every right to go for a swim. She can keep an eye on the kids from the water.”

Norman Hobson agreed with the man about the character’s irresponsibility. Others in the workshop took sides and he joined the fray. “Isn’t this interesting,” he said. “The men think she’s irresponsible, and the women say she should be able to do whatever she wants.”

Everyone laughed— except for the woman in the front row. She turned and glared at him. “Not all the women,” she said. At the break, she came over and sat beside Norman. She had pale gray eyes, a mane of dark hair and scant make up. Probably in herlate forties though looks younger, Norman surmised. Her badge read ‘Greta.’

“Tell me about your writing,” she said. Her accent reminded him of Ingrid Bergman in Casablanca. Flattered by her interest, he told her about his book.

“Fascinating,” she remarked. She sounded sincere.

“Have you been to this conference before?” Norman asked.

“Once, many years ago. I grew up nearby.” She looked wistful. They chatted for a while until she stood and he watched her walk away.

Norman signed up for a ten-minute pitch session with an editor of a respected New York publisher and now he sat across from her. Her gaze penetrated. He gave his pitch, and waited.  “What’s the conflict resolution?” she asked.

From writing classes he’d attended over the years, he remembered conflict as man against man, man against nature, man against society or man battling himself. He struggled to fit his story into a category. The woman shook her head at his futile attempt.

“Why should I care about your protagonist?” came the follow-on.

Norman thought that was obvious. “Her marriage is in shambles. She suspects her husband of having an affair.”

The editor shrugged, and Norman slunk away.

Later, as he sat alone in the hotel café having lunch, Greta walked in. She waved and came over to his table.

Norman smiled and nodded. After his session with the editor he welcomed a friendly face. The waiter brought a menu and Greta ordered.

“Not good.” He told her about the editor.

She placed a reassuring hand on his arm. “Don’t be discouraged. It’s an editor’s job to be tough. Think about what she said. It might help.”

Norman knew she was right. “What do you write?” he asked.

“Mysteries.” She pulled a book from her bag and placed it on the table. Murder at Midnight read the title. The glossy cover showed moonlight illuminating a bloodied body on a forest floor.

“A plastic surgeon at Mount Sinai Hospital is murdered,” she said. “They find his body in the Berkshires.”

The photograph on the back of the book jacket pictured a younger Greta. Norman perused her credentials: PhD, scientist, concert pianist, and writing awards. Attractive, a powerhouse, and she’s sitting at my table, he thought.

Later Norman attended a networking event. Circular tables scattered around the room displayed place cards indicating writing genres: Dark fantasy, sci-fi, YA, etc.  He wasn’t sure where his book fit. His protagonist was a woman, so he headed for the table labeled ‘woman’s fiction.’ The woman beside him introduced herself as Prudence, editor of romance novels.

Eager to have his book published, Norman wondered if perhaps there might be a match.

“Does your book have a happy ending?” Prudence asked.

“Is there a lot of kissing?”

Norman pondered that. “There’s sex. Does that count?”

The woman leaned back, her eyebrows raised. “Erotica?”

Prudence laughed. “I think you might be at the wrong table.”

That evening at the welcoming reception out by the pool, Norman mingled. He listened in on conversations about the difficulties of getting published. Discouraged, he wandered to the bar, got a glass of wine and stood alone to observe.

He spotted Greta wending her way through the crowd, headed his way. “We meet again,” she said. He felt flattered. It had been a long time since an attractive woman had sought him out.

“You’re a writer and a concert pianist. Impressive,” he said.

“The piano is my passion. I’m learning to play Mozart’s Sonata No. 18 in D Major. There are many difficult movements in the piece.” She closed her eyes and a breeze blew strands of her hair across her face. She raised her hands; her nimble fingers glided across an imaginary keyboard. Fascinated, Norman watched until he, too, heard the music.

At the end of her virtual performance, Greta said, “Next time I fall in love, I hope he will share my passion for the piano and classical music.”

Norman winced at her mention of ‘love.’ He was married.

“I can play Ode to Joy on the harmonica,” he ventured.

Greta laughed at the effort.

The teacher from the morning workshop wandered by. “Shipboard romance?” he asked, his words slurred. The comment caught Norman off guard. Though he should have been annoyed, he wasn’t.

The teacher moved on and Norman raised his empty glass. “Care to join me for another?”

The couple stood at the bar talking, oblivious to the crowd around them. “I’m enjoying the evening,” Greta said. “I’m having fun.”

Norman was enjoying the evening too, but fun wasn’t the emotion he had begun to experience.

“I’m thinking I should move back to California,” Greta said. “There’s nothing tying me to New York anymore.”

“Sounds like a good plan,” Norman said. Listen to yourself. You don’t even know her and you’re advising on where to live.

Greta took him by the hand. “Let’s go say hello to my friend Wanda,” she said. She led him to a group standing by the pool. Greta chatted with her friend, while Norman conversed with others. When he turned around, Greta was gone. Damn, he thought, though at the same time he was relieved.

The following day at the workshop, Norman read an excerpt from his novel. The teacher and others complimented him. They found his work compelling. Afterwards, elated and with his head high, he strolled to the lobby where he saw Greta.

“So how did your reading go?” she asked.

“Seems everyone liked it.”

“I knew they would,” she said. “We should celebrate. How about dinner this evening?”

“Sounds good,” he said without hesitation.

They drove to a restaurant by the sea and sat at a table with a view of the setting sun. “So beautiful,” Greta said. They ordered wine and dinner.

“Wanda said an odd thing to me last night,” Greta began. “She said there were no men in this town.”

Greta held out her hand and rubbed her bare ring finger. “I’m married, though not emotionally.”

Their eyes met. Norman was used to being in control. Greta had taken the lead.

They sat in silence watching the sun sink below the horizon in a final burst of red. Shadows fell across the room.

“My son is at Occidental College,” Greta said.“I know all the pianos on campus. Whenever I see a piano I stop and play. I can’t help myself. It’s an obsession. Shopping malls, hotel lobbies, schools, it doesn’t matter.”

Norman grinned. “I’m going to write a story about you,” he said. “I’ll call it The Piano Stalker.” He regretted his word choice, and the implication.

The waiter brought the check and Greta offered to pay. Norman waved her off. “You’re a cheap date,’ he said. Again he had regrets. She wasn’t cheap, and he wasn’t on a date.

“Why don’t we go for a walk on the pier,” Greta said taking his arm. “It’s such a beautiful evening. I’ll tell you about my husband.”

Outside the wind had picked up. Norman pulled up his shirt collar and stuffed his hands in his pockets.

“My husband’s a Wall Street lawyer,” she said. “His career is his life. My father was like that. I married my father.” She dropped her head, and slowed her pace.

Norman shared her pain with a pain of his own. “My wife suffers from depression.” They strolled for a while, the only sound coming from the cry of gulls overhead and the lap of waves against the breakwater. Greta glanced at her watch. “We should be heading back.” Norman had lost track of time. He would have walked with her to the end of the pier and over the edge.

They returned to the conference and sat together listening to the evening’s speaker.  Afterwards, Greta said she would like to read some of his manuscript. He took the first chapter from his conference tote bag and handed it to her. They said good night.

Norman couldn’t sleep. He tossed, flailed and fluffed the pillow. He replayed the walk on the pier with Greta over and over in his mind.

The following morning he attended another workshop. He hoped Greta would be there. She wasn’t. Afterwards he searched and found her sitting in the lounge conversing with another man. He walked over and touched her on the shoulder. She startled.

“I’ve been looking for you.” He ignored her companion.

She reached into her purse and pulled out his manuscript. “I love your writing. I want an autographed copy of your book when its’ published.”

The man across from them stood and left. Norman sat down beside her. They talked for a while until he said, “I’m leaving in a few minutes. I’m going home.”

Greta’s eyes widened. “But the conference doesn’t end until tomorrow.”

“I can’t handle another workshop,” he said with a forced laugh. In reality, he didn’t trust himself to stay the night.

Greta glanced off. Norman didn’t say anything. They embraced and mumbled words about keeping in touch. When Norman walked out into the glare of day, he knew they would never see each other again.

Years later Norman’s novel was published. He remembered Greta wanted a signed copy. He had no idea where she might be. He wondered if she’d moved back to California. The memories of their time together lingered. Whenever he saw a piano, he thought of Greta. He could picture her with her eyes closed, her hair stirred by the wind, her fingers moving across that imaginary keyboard. And if he stood long enough, he could hear Mozart’s Sonata in D Major—and imagine what might have been.

Bo Kearns is a journalist and writer of fiction. His debut novel Ashes in a Coconut received the 2020 Finalist Eric Hoffer Book Award. Several of his short stories have won awards and been published. He’s a feature writer with the Sonoma Index-Tribune newspaper and the NorthBay biz magazine. He’s a beekeeper, avid hiker and active supporter of conservation causes. Bo resides in Northern California with his wife and rescue dog Jake.