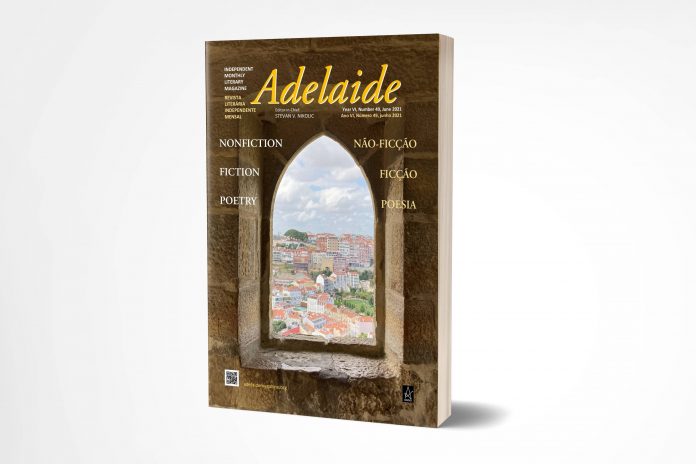 We watched the door. All fifty of us in St. Sylvester School Grade 3 learned to listen and to watch for our teacher, a tall nun dressed in flowing white robes with a black veil whose wimple dug into her forehead. It looked like it hurt. We’d hear her, not by her footsteps, but by the soft clacking of the cherry sized beads hitting each other on her wooden rosary, which hung from a belt and swung six inches from the floor. She could get mean if we were too noisy.

“Good morning, Sister Ambrose!” we sang out as she entered the room. We all placed a hand on our heart and recited the Pledge of Allegiance. We probably said a prayer, too. That day, Sister Ambrose had a candle holder in her hands. A tall, red cylinder, it looked like a jar to me.

“Good morning, children! Today is a good day!” She raised the jar up and put it down again. “I want to talk to you about a new project at our school.”

We all knew about those candles. Even now, I like watching them flicker during Mass. I watch them when I am bored with the homily, their shadows frolicking and hopping in the holy space. Several rows of tall candles line a stand where parishioners can deposit money into a slot, strike a long match, and light a candle inside the jar. As they do it, they pray for a favor.  As a child, I watched as the adults knelt and prayed in front of the candles. Everyone could see them, and sometimes people made a big show of it. The money, fire, and kneeling all played a part. Maybe they prayed to help someone, perhaps to cure a sick baby or maybe to pray for a baby they couldn’t have. Maybe they prayed for someone who’d had a bad accident or for a debt to be forgiven. My parents wanted a Catholic school to open in our neighborhood, and maybe they lit a candle. Whatever they did, it worked!  But they always said No when I wanted to light one.

“This jar is part of our ‘Pagan Babies’ program,” Sister Ambrose said. “It’s to support the Catholic mission in Africa.”

We looked around at each other. Tommy whispered to the boy sitting behind him.

“Tommy, no talking,” Sr. Ambrose said. “Children, this jar used to contain a candle, but now it is empty and will sit on my desk. Please bring your coins to fill it. Then we can send the money to Africa for the baptism of a baby there,” she said. She also told us we would get to name the baby.

I preferred girls’ names and I especially liked the name Julia. Michael was an important name—we had five Michaels in my class. What about the baby’s mother, I thought, if there was one?  Would she like the name we gave the baby, or would she throw it away? Even that day, I thought ‘naming the baby’ was odd. Why would we name a baby if we never saw or understood anything about him or her and never would?

I didn’t know at the time that the act of “naming” carries much meaning. A name connects a person to their culture, their family, their individuality. I didn’t think about how, when my teacher remembered and pronounced my name correctly, it indicated respect, even affection. I didn’t consider how the tone and volume of my mother voicing my name spoke volumes about what she was thinking and how she felt about me in the moment. My mother’s name was Theresa, after her mother, and none of us could have guessed that Sister Ambrose once had a first name, too.

Sister looked at us sternly. Nobody moved.

“Any questions?” she asked.

Denise raised her hand and Sister called on her. She stood, as was the custom when addressing the teacher.

“What is a pagan?” she asked and sat down.

“A pagan is a baby who has not been baptized,” she said. “They still have original sin. When they die, they will go to limbo instead of heaven. They’ll never see God. Would you want that to happen?”

We all shook our heads.

“These babies are probably starving. It is important to help the poor people and to save their souls, too. They need us. Bring in your pennies and nickels to fill the jar and tell your parents.”

Sister called on Tommy. “Are the babies black?”

“Of course, they are,” Sister said. “They live in Africa, don’t they? And they really need your help!”

Only white families and children lived in my neighborhood, attended my school, and worshipped at my church. Just as I didn’t know much about black babies or black people, I didn’t know then that my town, Warren, Michigan, was a Sundown town. That in our Midwest suburb of Detroit, black families could not buy a home, rent an apartment, or even breathe the same air as white families once the sun set.

What little I knew about black people, I learned from TV and the news. I saw Aunt Jemima on the pancake box, and I read Little Black Sambo, the children’s story about a boy in Africa and the lion that turned into butter.  I wondered if those black people needed help, too.

I could not have known at the time that the images on the pancake box and the book were racist and that one day—far into the future—they would finally be removed. I also could not have known the names that were chosen for those characters were significant but not in a good way. On that day, I could only wonder about the baby who might be helped by the money in that jar. Sister said we’d name the baby, but maybe it was an extra name like Catholics get at confirmation, which would be a few years later for me. I decided that day that these things confused me because I was a kid, that the adults knew better. I could rely on them.

All morning long, I studied the blood red jar on Sister’s desk. When the votive candle was new, grown-ups used it in church for their own needs. But now, with the candle burned out, it was just a leftover jar, good enough for Pagan babies and other children, like us, to use. In the days to come, I would watch as the coins accumulated, wondering how many were needed to save someone’s soul. This was urgent work.

I walked home the half block for lunch with my sister Judy, as usual. I couldn’t stop thinking about those poor pagan babies. We watched TV as we ate our sandwiches.

“Mom,” I said. “Sr. Ambrose said that we’re going to adopt a pagan baby if we can fill the jar.”

My mother wrestled to get Beverly into the highchair. “That’s nice.”  Beverly was the newest baby in our house, in a seemingly never-ending line of babies.

“How far is Africa? How much does a pagan baby cost?”

“I don’t know, honey.” She coaxed my sister to open her mouth instead of sticking her hands in the applesauce. “Eat your lunch so you can get back to school on time.”

I didn’t ask her all the questions I had that day or any other day. What was it like in Africa? I wanted to know. Who was smarter, them or us? Because the people who help are always better than the people who need help, right? If my mom had taken the time to answer, I think she might have said that no, we weren’t better than those babies, and it wasn’t their fault if they needed help. She may not have answered my deepest questions, and perhaps she would have admitted that she didn’t know. In any case it would have been nice to have her think about it with me.

About a week later, as the jar began to fill with pennies and nickels, I made a decision.

“I’m going to take a dollar of my own birthday money, and I’m going to put it in the jar for the pagan babies at school, just like Sr. Ambrose told us to.” Judy took off her sweater and neatly folded it.

“That’s a dumb idea,” she announced.

“Why?” I asked. “Sr. Ambrose says we should save the babies.”

“Who cares about those babies?” she said. “I would save my money for myself if I were you.”

“Well, I’m taking my dollar and I’m going to put it in the jar,” I declared. Sr. Ambrose liked it, and I was helping, so I wanted to do it. It was important work. I knew about babies. I’d lived with them my whole life and had two at my house at that moment.  They needed a lot of attention and care.

“Mom, can you give me some money for school, for the Pagan Babies?” I knew it was a long shot, as my parents rarely gave me even a nickel for milk.

“Please?” I might have told her that I love putting money in the jar and I love saving those babies. I began to feel sorry for those poor souls; maybe they didn’t have a baptism or food; maybe they needed a mom and dad, a house, toys, and piano lessons—not to mention salvation.

I imagine, now, the confusion I must have felt in that moment. We were supposed to help people, but my parents didn’t seem to care. I wanted to save those poor babies. We were led to believe that we could. I believed they were profoundly different from me, and they needed saving. I felt better than them, the same way I felt about Jill, a girl in my class who talked too much and too loudly and often got into trouble. Once, she even had her hands rapped with a ruler as a punishment. I never got into trouble and felt better than her because of it. I was white and the pagan babies were black, and I felt better than them because of it.

Nobody contradicted this idea, and the gap between me and any person of color only widened as time passed. It would be years before I would come to view the memory of the jars with profound regret, with shame for my church, my teacher, and myself.

As my third-grade year progressed, I watched the jar slowly fill with coins until it became very heavy. Finally, it was full, and I don’t remember the name we picked. The money disappeared, and we got another jar.

Marian Fredal is a writer and racial justice activist in Madison WI.  Raised in the Detroit area, she loves the Midwest.