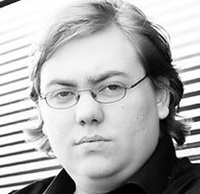 Jacob looked at his watch. “I better head out; my flight leaves pretty early.” Jacob’s table was the only one still occupied in the mostly empty pub. Allison followed him with her bright blue eyes as he pushed back his chair and rose to his feet..

Elizabeth glanced at her phone. “I didn’t realize it had gotten so late. Are you sure you can’t stay a bit longer?”

“I need at least a couple hours sleep, don’t you think?”

He smiled as the two pulled apart. “Thanks. And thanks for all of this. You, uh, couldn’t have planned it better if you tried.”

She laughed. “And I barely tried at all! Imagine what I could have done if I knew about the two of you.” She gave a significant glance to the blonde woman across from her, but Allison did not notice.

“I’m sure it would have been great.” Jacob nodded to the third woman in the party. “Nice to meet you.”

Jocelyn sat with her arms crossed, giving him a slight smile that did not quite reach her eyes. “Likewise.”

Jacob turned his attention to Allison on his right. She had gotten up, and they both stood there awkwardly. “And, uh, well, it was a nice surprise to see you.”

“Yeah, yeah, it was.” Allison looked at him, but did not quite meet his forest-green eyes. Mainly, she was just trying to avoid seeing the looks Elizabeth and Jocelyn were giving her behind Jacob’s back.

“Yeah, that would be great.” There was an awkward moment as the two tried to figure out what sign of affection was appropriate, mutually settling on a simple hug. Elizabeth quietly sighed while Jocelyn took a sip of her drink to hide a smirk.

Jacob and Allison soon separated. He grabbed his jacket off the back of his chair. “See ya.”

“Bye,” answered Elizabeth, while Jocelyn just gave a little wave. Jacob left the table, walking outside to call a cab.

Jocelyn set her drink down. “Well, I approve.”

Elizabeth looked over at her. “And your seal of approval was what she needed?”

“Allison can make her own decisions. She doesn’t really need either of us to dictate to her.”

Jocelyn rolled her eyes. “Just being a friend. And seriously, in our jobs? These “seal of approvals”? Kinda important.”

Elizabeth pondered that for a moment. “True.” She’d give Jocelyn this little victory. “In that case, I’ll just say that I have known Jacob for years. He is, indeed, an excellent choice.”

“I thought we didn’t need to dictate to her?”

Allison was not really paying attention to either of her friends, sitting there lost in thought, lightly biting her lower lip. She suddenly got up.

She ignored Jocelyn as she quickly turned and walked out of the pub. Jacob was still on the sidewalk, waiting for his Uber. He looked up as Allison strode towards him. “Hey, what –” She cut him off as she placed her hands on his cheeks, her lips pressed against his. He was startled, tense at first, but quickly relaxed, his arms wrapping around her. It lasted only a handful of seconds, but the passion of their kiss overwhelmed the illusion of time, making it last forever.

The connection broke. Jacob’s phone dinged as a car pulled up. “That’s my, uh, ride.”

“Thanks, Allison.” He smiled at her before turning away, climbing into the car. It drove off, Allison watching it disappear around a corner.

She walked back into the pub, returning to the table. Her friends were doing their very best to keep their faces composed, acting as if they had not seen a thing. She took one look at them.  “Oh, shut up.”

Jocelyn snickered while Elizabeth broke into a grin. “That was a particularly good snog.”

Allison reclaimed her seat. “I’m not talking about it.” She gave them both a stern look.

Jocelyn raised her hands as if fending off an attack. “All right, all right, fine, we won’t talk about it.”

There was an awkward silence, quickly broken by Elizabeth. “You know, I just read the most fascinating book.”

“You, reading a book? Shocking.”

Elizabeth glared at Jocelyn, unappreciative of her sarcasm. “You should do it too, sometime, you might actually learn something.”

Allison paid no attention as the bickering of her friends faded into the background. Her thoughts still lingered on that kiss.

Alexander Preis is an English major at Concordia University St. Paul. He lives in Shoreview.