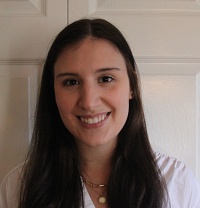 He knew she lived in the egg house on the corner of Windflower Lane—the faded yolk one with cream-shell shutters. He knew who she was and where she came from and he even saw her once when he was in elementary school, she homeschooled, playing hopscotch by herself with chalk lines that had been washed away from several spring storms. But he had never seen her like this. She was older now, a stupid realization; he was older too and they were the same age. But he wasn’t prepared for her striking beauty in the feminine body that seemed like it could not belong to her. She had stepped into the water with the gravel tucked into her flip flops, under the tight arch of her feet. He watched her as the little fish, with the pattern of the sunlight hitting the ocean, circled around her pale calves as she pulled her thin pants up to let them gnaw at her skin. The fabric of her clothing clung to her like the Winged Nike, a replica of which stood in his mother’s study. She then tilted her head back toward the overcast sky, her neck long and narrow, and she submitted to these little fish in the ocean who did not matter. She knew they didn’t matter, insignificant swirling creatures, and he knew it too, yet he was disturbed.

Everybody who lived on the island was aware of avoiding the ocean when these fish were feeding because they surrounded and harassed flesh. You go before noon when dawn had settled little bites of soft wind on the water or when the sky had deepened into darkness. That was the rule for those two weeks—plastered on the window shops and newspapers. These fish will bite skin until it’s a raw red or rip a scab right off a fragile shin. They were ruthless.

He assumed of all the people who would populate the water at two in the afternoon, it would be her—but wasn’t he here to do the same? He had taken his bike and rode down to the shore, fully knowing there was a good chance it would get much too humid and hot not to wade in for a swim. Maybe what really bothered him, was that she did not seem to notice him, nor care that he was watching her. They were the only two on the isolated strip of white sand. Why wouldn’t she look in his direction? She knew who he was. She followed him on social media and liked his pictures, even the stupid ones of him catching mediocre fish that only his friends from the inlands appreciated. He flushed at the realization that he always noticed when she liked his pictures. She had none posted except one of an unnamed book cradled between her translucent legs, a sliver of a mint dress peeking beneath the pages.

He felt weird for memorizing a detail of a seemingly personal life when the real person was right there, ankle deep in the cool water. And then he did something he couldn’t manage to do on vacation in Italy when the most (or second most) beautiful girl graced the hotel pool every day and he salivated, and his mom said go say hi and he ran down the stairs to urgently pee in the Mediterranean Sea just at the thought of the girl looking at him. With this girl, maybe he felt unamused by her beauty, or her strange behavior had cancelled out the intimidation, or maybe he just felt superior for some strange, unreasonable, and unfair reason—he said hi.

She didn’t hear him at first, the sound getting carried by the gust that swept through the white oak trees, and in that moment, he breathed a sigh of relief—nothing was said after all.

But his lips kept moving and called out even louder.

She turned her head rather slowly, making him anticipate meeting her eyes. “Hey,” she said back.

“You know—you’re not supposed to be in that water.”

“Meh, fish shouldn’t have that power over me.” He could see that she had light eyes from far away.

“They will when your skin is dry and bleeding when you get out. You’ll have to soak them in a warm bath for weeks.” He spoke as if from experience, but he was only reciting the legends shared annually, passed around like a wine decanter at a dinner party.

She didn’t say anything, but began walking toward him, still in the water. The fish followed, forming a pack behind her like a shark’s tail.

“I’m Jack.” He was offended she didn’t recognize him if she regularly saw his posts.

“I remember your name.”

“Wow, you know who I am and you know if I should get in the water. Have we met in another life?”

“No!” His cheeks reddened, and he wanted to regret having started talking to her in the first place, but he couldn’t stop staring at the plump pink lips that gently graced her silky skin.

“Well, Jack, let me tell you something that you don’t know. This island is a scared one—not mean. If you go into the water and stand still and let the fish come near you, they will just eat the dead skin off and secrete this salt mineral that will make your skin feel buttered like you are swimming in honey warm oil. Like the Dead Sea. It’s incredibly healthy for your body and it makes my legs rather ravishing.” She stepped out and lengthened her toned leg, which did appear awfully smooth and soft.

“But you walked towards me—didn’t they bite you then?”

He couldn’t decide if he liked learning or if he was scavenging for a gotcha moment, but she enlightened him regardless. “The fish know me; they trust me. I’m their only company every day for two weeks out of the year. I feed them and comfort them—they’ll never hurt me.”

She rolled her eyes, and he noticed their pear green sparkle. She could roll her eyes all day at him and he wouldn’t mind. “Go ahead and try it—they’ll bite you.”

Jack got up; he was skinny and skirmish. He didn’t bother taking his shirt off, even though he had gotten a wonderful tan to match his silver blonde hair and he wanted desperately to show off to her, but something told him that wouldn’t impress her.

When he put his big toe into the water, immediately tiny teeth met his feet. “Ah!” He got out.

“Yeah—they don’t recognize your feet so they’re tasting you; they want to understand.”

“I’m too complex, it will take them years to understand,” Jack joked, but she was displeased. Her lips pursed to form a kissable pucker and her frown highlighted deep dimples.

“So, would you have talked to me if you didn’t think I was pretty?”

“Huh?” Jack had nothing to say.

“If you were as complex as you say you are, I wouldn’t have immediately known your intention when saying hi.”

“Yeah, I’ve been told I got very pretty recently. I think it’s because I remind people of Heather O’Rourke, you know, if she grew up. Anyway, it’s okay—I forgive you.”

The slight static simmering over the shallow pools of water in the sand caused her fine hair to reach out and glaze his shoulder. A chill vibrated and extended from his arm toward the bottom of his abdomen and fluttered below the elastic band of his shorts.

For a fleeting moment, he pictured her head leaning against his as they danced on a sticky aluminum floor, or her neck tilted in laughter after drinking an entire peach schnapps bottle or her smooth legs on his while they read books on the dock after summer vacationers fled. Or her body under his with the window open in the afternoon. A vision rolled through his mind, of her feathery hair nipping at his skin as they painted her house a salmon color to match the lifeless pomegranate tree and the rows of summer homes which lined against theirs. In each evanescent, yet lingering, image Jack felt the desperate yearning to tell her everything, to show her the Winged Nike in his mother’s office and lead her up the levels of his home with every door shutting quietly behind them; to share with her the strange feelings creeping in his chest and weighing his body down like anchors pulling him into the abyss of the Atlantic.

But just as fast as the encounter happened, she rolled her pants over to her feet and waved goodbye, heading in a direction away from his neighborhood. He wished he got a chance to tell her that her beauty was not the compelling feature which drew him in.

Jack never saw her again. After a few weeks, her house went up for sale and Jack hung around the yard to say goodbye, but it seemed like her and her dad had packed up in the middle of the night and fled. Like Persephone plucked into the underworld, only she never came back to their sanctuary of an island, leaving the fish to hover the sea in loneliness. No one in town had missed her terribly, but Jack never stopped thinking about the fish girl, Mneme.

Every year, he would visit the fish, enduring their claws momentarily before escaping to the shoreline where he softly reassured them that their phantom would return; don’t worry, she was not a water ghost who left only a fog of memories impossible to recapture. The fish didn’t seem to hear Jack. They beat on, against the waves, and never stopped kissing the desolate beach which still held her footprints.

Together, they had ephemerally fallen in love with a stranger, one who would never come back to memorialize their time. With each woman that graced his life after, Jack only felt further from Mneme. Each glance at another left him wondering if the anguish he felt was that of regret or curiosity. Even when he married, in his wedding bed covered in spilled champagne, he felt a strange gnaw that something had gone terribly wrong if it was Isabella beside him and not her. It felt like that afternoon by the sea was a parallel universe’s offering to escape into another life, an enigma, which he rejected by accident. Maybe he should have swum or called out to her silhouette or maybe he should have searched for her, but he always sealed the thoughts with the saddest one of all: he was terrified that she was not the memory he had of her. That night, and nearly every night following, he wondered where she was, what she was doing, and if she even remembered him back.

Shylee Yachin is a senior at the University of Maryland, getting her dual degree in English and Family Science. In the fall, she will continue her studies at Columbia’s School of Social Work, where she hopes to become a child and family therapist specializing in writing therapy.