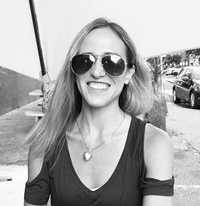 Tucked into the corner of the break room at Shuman Bask Office, the compliment machine doled out shiny pieces of paper containing individualized affirmations on a continuous basis. Businessmen, secretaries, the newly single, people dissatisfied with their relationships, jaded workers just trying to make it through their day– all could rely on it for steady allotments of validation. Reading the paper caused their dopamine levels to surge, providing them that extra boost they needed to make it through the remaining hours of their shift.

Now they could finish their perfunctory paper filing. Now they could make that call to that exhausting customer they’d been putting off all afternoon. Now they could sit through the empty dinner hour at the end of the day, with their shell of a shut-down partner who had at some point stopped breathing love into the connection that had once burned so bright between them.

Everyone called the machine Dave, reminiscent as it was of a little red man with a glass head.

One day employee Mark, who was feeling particularly low, approached Dave in pursuit of a boost. He was in extreme need of one, in fact.

After pressing the usual buttons, Mark waited. That the machine did not stir came as an unpleasant and unwelcome surprise to him.

You’ve got to be kidding me, he thought.

He pressed the button again, and waited some more.

This can’t be happening. Not now of all moments.

Mark hit the button more frantically, even giving the machine a little shake. Still no response.

He kicked it. Nothing. Kicked it some more. Nothing again.

Sweat was pooling down his face by the time he returned to his desk. Feeling unsettled, he went outside to smoke a cigarette, even though he’d been trying to quit.

Once back in the office, Mark botched the files. He fumbled a phone call. He was short with a coworker. Before he left work for the day, his boss requested that he “step up his game” the following morning.

Relief rushed through him.

“GOOD,” Mark replied. “It’s about time.” He got up to leave, but Earnest remained in the doorway.

“There was one thing though…”

“He’s asked that you…don’t go near him anymore.”

Mark didn’t reply for about five seconds as he processed this. Then a gigantic, bemused smile overtook his face.

“Don’t go near him anymore?” Mark laughed. “Because machines have feelings and agency now?”

“Yes, well you see…even though he wasn’t functional at the time, Dave was still conscious during your…episode. He heard everything. Took it all in.”

Mark paused, trying to make sure he had heard correctly. He opened his mouth, then closed it again before finally saying:

“Dave is one of the first robots to have what—well—what we might think of as being similar to human feelings. Your behavior was hurtful. It made him afraid. The trust is gone.”

The same panic that had tornadoed through Mark the previous again ripped through him now.

“There must be some way to…can’t you just tell him that it was a mistake? I wasn’t aware of any of this. I didn’t know he had feelings. This was all just a misunderstanding. Please say that to him.”

“It just…doesn’t work like that, Mark,”  Earnest responded. “The damage is done. I’m sorry.”

Mark was about to concede, when suddenly a possibility occurred to him.

“Wait,” he said. “Maybe I could…talk to him.” Empathy for the machine rushed in, tempering his initial panic. “To tell him I’m sorry.”

Earnest hesitated. Then, seeing the genuineness in Mark’s face, he told him okay. He allowed Mark to pass through.

Over the following weeks, Dave and Mark slowly rebuilt their trust. When Mark felt stressed or lonely, he went outside to talk to Dave. The machine didn’t feed him any overt compliments like it had at one point, but after their interactions, Mark felt restored—and in a healthier way than before. It was as if these talks joined together to create something that gave Mark a more sustained form of the boost he’d once been accustomed to.

The previous compliments had been like shots of caffeine—effective for a brief period of time, but always followed by the need for more once the effect wore off.

Mark was also finding that in general now, he didn’t feel the need to make quite so many trips. He didn’t go back to the machine nearly as often as he did before. Some days he didn’t go at all, and this was perfectly okay.

Could it be that he was developing a…what would be the word for it? Friendship with the machine? One wherein he respected Dave and cared for his well-being? Mark’s initial reaction to that thought was to call it ridiculous–yet, how else to explain the noticeable reduction in his stress levels as compared with before?

When Mark went home to his shut-down wife later that day, he looked at her and really took her in. Sitting down beside her, he asked her questions about her day. And when she began chattering on about her passion for rhododendrons, he didn’t filter her out. He didn’t treat it like background noise or the ever present hum of the fridge, nor did he put forth a not altogether unkind but still monosyllabic reply to indicate a desire for the talking to stop.

Instead he looked into her face and invited her to tell him more.

Twenty miles away in the corner of the break room at Shuman Bask Office, Dave beamed with pride.

A queer bilingual writer, Eleni was born and raised in the Bay Area. Her work has been published in Tiny Buddha, The Mighty, Curve Magazine, Thought Catalogue, Elephant Journal, United by Pop, The Mindful Word, and Uncomfortable Revolution. You can follow her on IG eleni_steph421 and read stories from her time as a rideshare driver at lyfttales.com