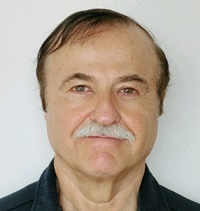 Hiking late summer Sunday afternoon,
Sun yet strong still.
What does it matter,
Where do we go?

A solitary thatch-roofed dwelling sits tucked away atop a dead-end dirt road.
Silently it collects descending snowflakes accumulating on piles of dried straw.
Snowflakes drift down…. some gather up windward under dark windowsills, blocking views both in and out.
A lonely, long-haired mongrel whimpers in the distance, echoing its existence throughout the valley. It flumps down in the airy snow, licking its paws. It is hungry.
Nowhere is a human footprint to be found, nor human voice heard from afar.
Inside, wisps of smoke curl and make their way through rusty chimney flues and out
into the twilight overhead.
The gray smoke gives off the appearance of spiraling apparitions, snaking their way
toward darkening heavens. Nightfall inches closer. To the west Venus smiles over timeless stillness embracing the little valley.
Crisp evening air bites into the nostrils sharpening the mind. It feels good.
Home.
Indeed.

I’m going to check out that new mongrel bitch down the street.
Then I’ll head home to munch and lunch on his lousy leftover milk-bones,
lap up some rainwater in the neighbor’s new birdbath.
What do humans want from us, anyway?
Rotate three times around the rug he put inside my new hooch,
before settling down for a cat-like snooze.
It’s been a cold winter’s night in search for a bitch and a bone.
Why do humans crave our company so, especially at the end of their workday?
I’ll trot over to the next block, and pee on the new hydrant there,
save some to mark my territory down to 19th Street,
but stay clear of Bruno, Rottweiler on 20th.
Humans may think they own us, that with our own lives we have no say.
So I’ll lick his hand when he goes to pat my head,
and wag my tail when he scratches behind my ear,
bat a few lashes when he returns home pretending as if I miss him.
Our best friend adores us, no matter what we do and come what may.
I’ll just whine and whimper whenever he comes home late,
lick my bowl of Alpo clean and beg for more.
Pretending to be grateful as all hell, carefree and gay,
What people will never realize is that, when all is done and said,
every dog must have his day.

Whitewater churning over the rockface,
Tumbling over the falls at a furious pace.
This sacred spot forever speaks to the essence of the heart,
Bathing in Nature’s beauty, and submerged in her intricate art.

Green ferns languishingly droop over the hidden ravine,
Nary a ray of noon sunlight peeks through to be seen,
Winds whistle overhead through swaying fir tree tops,
Cawing of crows and raucousness of jays seemingly never stops.

Icy spray from deep inside the roaring gorge kisses and rejuvenates naked skin,
Creating the realization that here life-awakening epiphany has yet always been.
For when under the falls of Sages Ravine each time you’re reborn,
Ensconced by Nature’s pulsating Glory, powerful, resilient, and never forlorn.

Associate Professor of English, ESL, and Humanities Ron Roman taught with the University of Maryland Global Campus (UMGC) all over the Pacific since January 1996.  He retired from full-time employ (August 2009) and as adjunct (May 2020).  Hobbies include jogging, hiking, camping, weightlifting, roller-coasters–and his beloved 1968 Rambler American antique auto for which he received Third Prize in the Hemmings (Motor News) National Antique Auto Show in Bennington, Vermont in August 1994 shortly before returning overseas.  (The Rambler is currently under restoration.) He has written extensive travel, academic, and political op-ed articles for regional, national, and international publications. His thriller novel Of Ashes and Dust is scheduled to be released in the fall of 2022 by Addison-Highsmith (imprint).  He studied writing (both fiction and creative) for his third graduate degree (Humanities) from Wesleyan University.