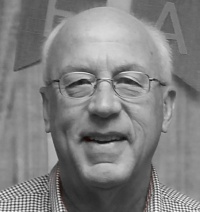 I am not competing for a place in history.
My name was listed in the newspaper
after being born to let everyone know I had arrived,
then report cards came along,
rating me from a F to an A, pass or fail.
Did I get what I deserved?
They were posted, and I moved on
up the ladder of education.
Photographs were taken of me
as the years passed by,
growing taller and heavier,
always changing with each picture,
posing like I was a model in a fashion magazine,
except the clothes I wore were nothing fancy.
The pictures still exist, lying around,
somewhere in a photo album,
no one to look at them for years.
Again, mentioned in the newspapers,
maybe for a sporting event where I placed
in one of the top three spots,
or recognized for some award,

and finally, the paper trail will come to an end
when I pass away, and then,
just maybe, an obituary will be printed
if anyone is still around that remembers me,
and my place in history will be finalized.

I once had a pet crawdad.
Picked it up hiding between the rocks
in a shallow creek bed,
placed it into a bucket
filled with water from the creek,
but it did not survive long.
I guess it might have helped if I had fed it
and changed the water every so often.

The tree grew to a height of four feet,
then its life ended, causes unknown.
No autopsy performed, no prayers

or celebration of life held, no burial.
The caretaker who planted it
and its other sibling, still alive and green

in the opposite corner of the yard,
ignores it in its lifeless state.
The green ferns turned to its

final color of brown, now, just a permanent
monument of what was once a vibrant evergreen,
a life turned short.

Both trees, a remembrance of life and death.
One, a battle of survival, holding its own,
and the other, a battle lost.

The bird flew over to the bird bath
hoping to find water,
but none was to be found.

The rains had been absent,
forgetting they were still needed
and wanted and loved.

The neighbor who placed
this sculpture in her back yard,
left it unattended.

The bird bath stood all alone,
its full potential ignored,
by both man and nature.

Duane Anderson currently lives in La Vista, NE. He has had poems published in Fine Lines, Cholla Needles, Tipton Poetry Journal, and several other publications. He is the author of ‘On the Corner of Walk and Don’t Walk,’ ‘The Blood Drives: One Pint Down,’ and ‘Conquer the Mountains.’

IN THE BEWITCHED AVIARY by Pawel Markiewitz