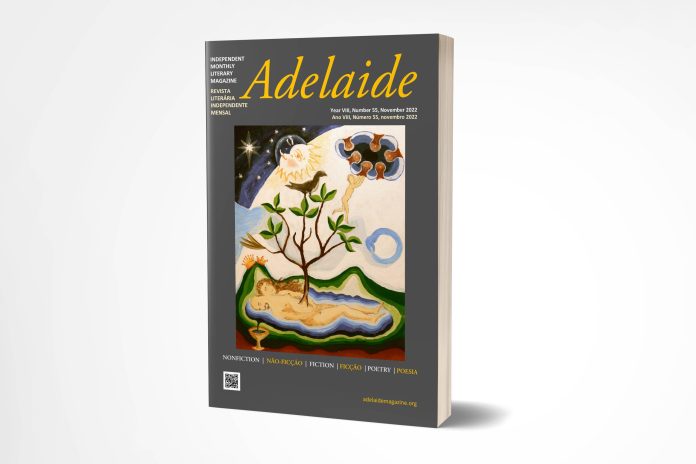 When I entered high school I had a full beard and a medical condition (a seizure disorder) that wasn’t under control with medication. In junior high I was called Abraham Lincoln because of the beard, however no one knew about the seizures. I didn’t even tell my friends about it. It was embracing when I had a seizure. I kept to myself and hid my feelings about it. I didn’t want to go out in public much because I was afraid of people’s reaction if they saw me have a seizure. One time at home I had just climbed a flight of stairs. When I reached the top, I had a seizure and fell down the flight of stairs (I didn’t hurt myself then). On another occasion I had a seizure and ended up scraping my head on the concrete sidewalk. I ended up with a cut to my head. The seizures usually only lasted for about 10-20 minutes.

Years later I would drive a bus part-time for a non-profit. As part of the DOT medical exam I needed a seizure exemption from the FMSA (Federal Motor Safety Administration). I had one and the doctor who performed the DOT medical stated in the 25 years he’s been practicing he’s never seen one. He stated they don’t give them out to much, and I had one (that made me feel good). In 37 of driving up to that point I had also never had a point on my driving record.

I had an English teacher, Miss Hartley, my sophomore year who I liked a lot. She took an interest in her students. A local newspaper used to have a weekly football prediction contest during football season. I would make my picks during her class sometime she would give me a pick or two. Fortunately I didn’t have a seizure in her class (I would have felt so embarrassed if I had).

My junior year of high school the intensity and frequency of the seizures increased. I missed a lot of time from school then. One class was Paramedical biology with Mr. Sworgley One day in his class I had a seizure (I felt embarrassed and ashamed). I was sent to the nurse’s office. As I was going downstairs Mr. Sworgley said to me I didn’t know (I didn’t want anyone to know about). That year there were 2 teachers I had who were really a bright spot for me. A Math teacher, Mrs. Greenwalt and a English teacher, Miss Neidigh They both took an interest in their students. One day in Mrs. Greenwalt’s class I had brought in a copy of Sports Illustrated swimsuit issue and I remember asking her if she would wear one of the swimsuits in it. She replied that she didn’t have the body for it (I felt so bad for her because I couldn’t understand how she could feel that way. To me she did have the body for it.). I also knew how having a medical condition made me feel about my body. One day in Miss Neidigh’s class she shared with me how she missed a day of school when she was growing up to go to a Beatle’s concert. Somehow to someone who wanted to go to school my lost time didn’t seem so bad. On another day in Miss Neidigh’s class she shared with me that she would have arguments with her brother-in-law (who was a secret service agent) as to who had the more dangerous job. She said she always told him he had a gun (at that time school shootings were unheard of).

My parents ended up taking me out of school for a couples of weeks in April of that year so that doctors could run a number of tests on me. Eventually my doctor found a medicine that controlled the seizures.

I was truly blessed to have teachers that took an interest in you. I never got the chance to thank them and to tell them how much they meant to me. I ended up reworking the lyrics to the song “To Sir With Love” for them.

Those school boys days of drills and writing skills are gone.
But in my mind they will still live on and on.
How do you thank someone who has taken you from pretension to reading
comprehension.
It isn’t easy but I’ll try.
If you wanted the sky
I would write across the sky in letters that would soar a thousand
feet high to Miss Neidigh and Miss Hartley with love.

The time has come For closing books and long last looks must end
And as I leave I know that I am leaving my best friend
A friend who taught me from fractions to functions
That’s a lot to learn
What, what can I give you in return?
If you wanted the moon I would try to make a start
But I would rather you let me give my heart “To Mrs.Greenwalt love”

Recently I went on Facebook. I found Mrs. Greenwalt and messaged her about it. I haven’t gotten a response from her. I found a relative of Miss Neidigh. who passed it along to her. She liked hearing from after 40+ years and finding out what a positive impact she had on me. She also liked the reworked lyrics. I still don’t know what happened to Miss Hartley.  She stopped teaching at my high school right after I graduated. Miss Hartley wherever you are I hope you are well, and hope you know the impact you had on me (Thank you).

After 43 years of driving I still don’t have a point on my driving record. I still have the beard only people call me Santa now (only the hair color has changed)