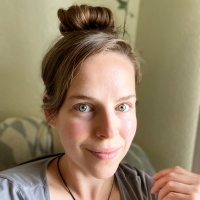 My brother, Justin, died in June 2022. The exact date, cause, and time were a mystery. The coroner said “when they cut him open” he had upper and lower GI bleeds, severe cirrhosis of the liver, and multiple ulcers. They said the official cause of death was acute alcohol-induced cirrhosis of the liver. Some light sleuthing of his phone activity indicated he probably died on June 4th while sleeping. He was found by the Sheriff on the evening of June 16th in bed while the radio was playing. He listened to Howard Stern religiously, and likely drifted off into forever while Stern made his crude jokes and sound gags in the audial periphery. The last time we were in one another’s physical presence was in February 2020. Then COVID hit and it became a relationship comprised of sporadic and half-hearted text messages. He pickled himself because of the pain. I had stopped answering his drunk calls years before his official departure.

He was an avid lover of scatological humor. When I was high school, he once popped into my room to tell me that he was going to create a fart journal. Each entry would note the time and emotional vibe of the flatulence. He was a self-proclaimed audiophile and music aficionado and knew every bit of trivia about every band that he loved. He was a collector of rare and obsolete vinyl, and would tap his foot with his hand on his knee while wearing his expensive McIntosh headphones.

My father, faced with the fresh loss of his brother, arrival of his first child, and demise of his first marriage attended California State University, Sacramento while working at the area television station as a budding young broadcast engineer. The other day my dad told me that he was going through a really hard time back then.

I am scrolling on my phone and am interrupted by an incoming call from my dad at 8:23pm. My phone sends a chill through my fingertips that radiates down to my toes. My husband is telling me a story about some weird guy he met at work. I place my phone to the side and ignore the call. This isn’t real. As my husband speaks, I see a text from my dad populate. I pretend to listen to my husband’s story and side eye my phone, reading the words: “I’m at Justin’s. Nobody’s heard from him for a while so I came to his house for a welfare check. I got the Sheriff and they found him dead.” I interrupt my husband’s story. I am speaking the words “my brother is dead, my brother is dead, MY BROTHER IS DEAD,” in a rapid crescendo. My senses blur. My husband materializes at my side and holds me as I repeat the wretched words in between guttural, inhuman wails. I’ve become an animal. I have lost control. This isn’t real.

I am in my brother’s home with my nephew, Justin’s ex-wife, his step-son, my dad, and my husband. We are game planning how to clean the place. I find myself directing everyone like a football coach. It’s what I know. It’s how I stay above water. My nephew and the ex-wife will take the kitchen. My husband and I will handle the living room. My dad flutters between the rooms and helps while taking momentary breaks on the couch. He is functioning on two hours of sleep and his blood sugar is too high.

The wreckage of depression and alcoholism is apparent in every square foot. I am wading through a suicide pit. I feel like an anthropologist as I decipher the meaning of various objects I stumble across. Pistachio shells, trash, bongs, several garbage cans worth of Grey Goose and Jägermeister bottles, a freezer packed with unopened Grey Goose vodka bottles, dozens of empty THC gummy boxes, musty laundry coating the floor, rotten food composting on the kitchen counters, several months’ worth of dishes, bank statements reflecting generous deposits from his casino, his ACLU membership card in his wallet, Miwok tribal documents, and a photo album stuffed between couch cushions. The album is full of pictures of my nephew, his step son, and his ex-wife when they were married and the boys were not yet potty trained. Next to the album is a mountain of used tissues. As I sweep the pistachio shells off the coffee table, I discover Allen Ginsburg’s Howl open and face down. I don’t bother to see what passage the book is on. Adjacent to the couch is an Amazon Prime box filled with brand new women’s lingerie. Inside is a handwritten note that says, “Here Justin, thought you might like these!” Pinned to a wall is a Jehovah Witness Pamphlet that states, “You Are Cordially Invited to the Funeral of Jesus of Nazareth.” My nephew and I laugh and discuss how Justin mocks religion to no end. Then we correct our ourselves, mocked religion. It stinks upstairs and I open a window.

I’m in Trader Joe’s. I want to do something precious for myself so I buy some flowers. The sounds of a child screaming rattles my nervous system and I no can longer form a coherent thought. I feel a weight press into my chest as I try to decipher between hydrangeas or sunflowers. Which is more cheerful? My hands are trembling as I go through the checkout. I do not want the cashier to comment on my purchases. I just want to run to my car and breathe. The child continues to wail as I power walk through the exit.

It is the first day of the Fall semester. I am going through a hard time. I walk the verdant California State University, Sacramento campus and am excited. I have optimistic thoughts interrupted by the reminder that he is dead. I have two beautiful children, a loving spouse, and am going to graduate this year. I am going to be a librarian. I am having a really hard time.

Who will organize the funeral? Should we do a graveside service like we did for Grandma? How will I handle interacting with my Aunt? Will she say something snarky? Will I erupt on her? Will there be a scene? Should I bring our kids?

What’s going to happen with his estate? Will the tribe help my nephew since there was no will? Will his gold-digging girlfriend actually be awarded his life insurance policy even though he amended the policy in a drunken haze? Will the tribal woman succeed in ensuring it goes back to my nephew and Dad as originally intended? Will my father be able to keep his home since my brother is on the title? Will he get approved for a reverse mortgage or will we have to buy a place together with an in-law suite? Can we afford to buy a home in this market? Will this kill my father?

Chelsea Owens is a Sacramento, CA based writer. She is currently a student majoring in Englishand Creative Writing at California State University, Sacramento. When she is not writing, Chelsea enjoys watching her children and garden flourish.