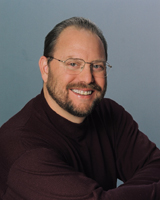 I’m sixty-three and work several days a week as an assistant hospital nurse in the San Francisco Bay Area.  On my days off, I walk my beloved golden retriever, Ruby, two miles every morning at a lush sports park replete with numerous soccer fields and twenty-five baseball diamonds.  On several occasions recently, I was delighted to find stray balls nestled in the dew-damp grass.  After I’d collected three such treasures, which rolled around in the passenger foot-well of my red Honda Civic, I asked myself, why am I collecting baseballs?

You might think this was an act of nostalgia inspired by fond memories of playing catch with my dad, but this couldn’t be further from the truth.  My father had no interest in baseball or spending time with me or my younger brother Danny; his sole interests were reading and playing piano.  I remember only two childhood projects upon which I worked with my dad.  He helped me paint and construct a Creature from the Black Lagoon model and a pinewood derby racing car for Cub Scouts; on both occasions, my mother forced him to participate.

So why my excitement over the baseballs?  Well, nostalgia is a factor—in the Sixties, when I grew up in Arlington, Virginia, my friends and I were crazed for baseball; we constantly played catch and traded cards.  My friend Peter invited me to attend a Washington Senators game with him in 1968.  The opposing team was the Oakland Athletics, and one of their star players was Reggie Jackson in his rookie year.  Senator slugger Frank Howard challenged Mr. Jackson to a homerun duel.  They battled back and forth, but Reggie hit a final homerun in late innings that clenched the game for the A’s.  After the contest, a frustrated Senator threw a baseball into the stands, hard.  It boomed against the scoreboard and rocketed into the seats.  Miraculously, Peter scrambled over his chair and seized it.  We took turns holding the ivory orb in wonder during the car ride home.

Also, I attended a baseball clinic at the YMCA as a kid that I greatly enjoyed.  Later, I threw the ball often with my son Mathew, who played catcher on an undefeated Little League team I helped coach, and during the years I was a well-paid but unhappy businessman, my wife, Elizabeth, and I attended about twenty Oakland A’s games each summer.

But here’s the thing—when I picked up those baseballs, I also experienced hope.  It’s too late for me to play catch with my father; he recently died at ninety-one.  But Elizabeth and I have two young granddaughters and a grandson—Selina, Julie, and Tyler—who live in Japan, and I realized I’m saving the balls to play catch with them.  Also, our daughter, Stephanie, is a huge baseball fan who lives down the block, and she’s pregnant with a boy, Eddie.

But here’s the other thing—when I collected those balls, I remembered how disappointed and bitter I was as a kid because my father wouldn’t play catch with me.  This led me to wonder if there were any times I looked up to him.  One episode came vividly to mind.

As fifth graders, my friend Randy and I played on a warm spring Saturday, sprawled upon one of our school’s dusty baseball diamonds.  Specifically, we melted green army men with matches and blew them up with firecrackers, imagining flame throwers and mortar fire.  Absorbed in our play, we didn’t notice a younger girl running through the grass toward us on near-silent feet.  Before we knew what was happening, she snatched our army men and fled to her nearby house, with Randy and me in hot pursuit on our banana-seated Stingray bikes.  When we arrived at her yellow cottage, the girl was gone, but we shouted for the return of our army men.  Her grandmother came down the weathered back steps, followed by the girl.  We didn’t even know her.

“I’m calling the police,” the grandmother said.  “Shame on you boys for trying to molest her!”

We were outraged and feeling our oats about almost being teens.  Also, Randy rarely saw his divorced father, and he was a pretty wild guy who inspired unruliness in otherwise well-mannered me.  In addition, our fifth grade teacher hated us, and we were sick of her yelling at us.  Almost in unison, we said virtually the same thing: “Lady, we don’t give a fuck about your granddaughter—we just want our goddamned army men back!”

The grandmother made an O with her mouth; then she rushed back up the stairs to call the police.  Randy and I burned rubber to my house a few blocks away.  We played quietly in my room, until there was an angry pounding at the front door.  My father answered.  Randy and I slithered on our bellies down the hall so we could hear without being seen.

“Does Allen Long live here?” the grandmother shouted at my father.

“Well, he and his friend Randy tried to molest my granddaughter and then cussed me out when I told them I was calling the police.”

My father spotted us.  “I was right about you boys, wasn’t I?” he said.

“Yes, sir,” I said.  “We were playing at the school, and that girl stole our army men and wouldn’t give them back.”

“I thought it was something like that,” he said.

“Thanks, Dad,” I said with unexpected pride.