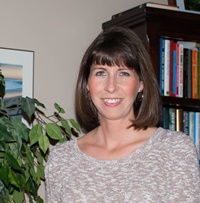 The stage light stared at me from the water-stained ceiling. My note cards, which had been arranged so carefully and bound together with metal rings as an added measure of security, were now useless.

To summarize, I had silently freaked out.

The speech contest was being held during the afternoon on a school day, and the bell was quite adequately audible in the auditorium. It did its job well, cueing the muffled sounds of shuffling feet and yelling from the adjacent hallway, all of which seeped past my eroding layer of concentration and focus. I was somewhere between my sixth and seventh note cards when it had sounded, or, more accurately, shrieked.

Adds up to an unlucky thirteen.

In the weeks leading up to the contest, I had read dozens of articles and excerpts from books, carefully researching my potential choices to match the topic. Once I had chosen the person I was going to speak about, I researched his background, his accolades, his challenges, and his triumphs. I had practiced the speech dozens of times, entertaining a mirror audience of one in my bedroom for hours. I had meticulously timed it to meet the parameters set forth by the event organizers: three to five minutes, no exceptions. Penalties in the form of point deductions and audience boredom would be applied for going over the limit. I never had to worry about finishing under the time limit. Seventh grade girls know how to talk.

Audience boredom, though, was a given, because the audience consisted of the seventh and eighth grade Honors English classes for whom the speech contest was a requirement. The finalists were chosen to speak in the main event in the auditorium, while everyone else had to listen.

Don’t get me wrong—it was a pretty good topic. For an overachieving, high-strung perfectionist like me, though, it meant I would be pinning my very self-worth on my ability to persevere in the local competition, where I had heard rumors that at least one student had tried (and failed) in having his request honored to research Hugh Hefner as their subject.

Contests set by national conglomerate insurance companies have always been good public relations for their business. Giving back to the youth in the community by encouraging high achievement…and fostering the growth of advertising for their products. Even better—it gave our teachers a lesson plan that could create good public relations for our school, and an “in” with their actual target market. (Say, while you’re taking a much-deserved break for a week or so and letting the lesson plan write itself, would you like to buy life insurance coverage for your family in the event that you or your spouse are hit by a bus in broad daylight?)

Had this been in the era of email, winning the contest probably would have subscribed me to spam lists that I would still be sifting through to this day. A thirteen-year-old isn’t exactly in the prime target market for life insurance, but teenagers do tend to grow up, and a trophy emblazoned with the company’s logo gathering dust in the corner of an attic might serve as excellent advertising about fifteen to twenty years later.

My note cards were full of carefully-researched information about my Someone Who Had Overcome.

Meanwhile, as I sank deeper into freak-out mode, I was trying to overcome my own junior high nightmare. The sudden, shrill shriek of the bell had caused me to lose my place at the most inopportune time—during the finals, in front of my classmates, parents, teachers, and the judges.

In situations such as this one, as I heard kids barreling through the outside hallway to their classes and as the light from the ceiling shone hotter and hotter, time had become a new entity. The same seconds that usually passed at jackrabbit speed between classes when I was trying to muscle my way to my locker among bigger kids had now become the longest hour of the year.

Five hour-seconds later, at the top of the seventh card—lucky seven—I found the place where I had so abruptly been interrupted three years earlier. The audience had aged well, but I was sprouting wrinkles on my furrowed brow from this one formative experience alone; the kind of blunder that might deter one from ever stepping behind a lectern again voluntarily.

I completed my speech, nonetheless, and sat down to a smattering of giggles and a smothering of self-loathing and disappointment.

When the decisions had been tabulated, I stepped forward to accept the same award that six others ahead of me had earned:

As in, it’s honorable that no one mentioned what I perceived as my massive public speaking fiasco again for a while.

The next year, I won the whole thing. I beat my brother, in fact, in a victory I was quite happy to wave in front of his face at any opportunity. I brought home the Winners’ Trophy—company logo and all—and he the Runner-Up. More marketing for them, more fun for me.

Too bad the topic hadn’t carried over from year to year. I had certainly developed excellent firsthand research experience with the previous one.

Sara Garland holds degrees in Journalism and Music Education from Arkansas State University. Her work has appeared in numerous journals, including Potato Soup Journal, Mystery Tribune, Funny Pearls (UK), The Dead Mule School of Southern Literature, Remington Review, and is forthcoming in Defenestration and The Blotter.