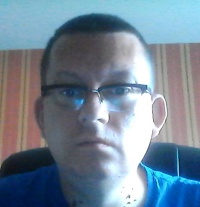 Sonnet about the fallen moon and morning star

One of pale mornings longs for some meek fulfillment of night.

Moony and nostalgic chums – comets are upon the skies.

Endless nostalgia is being of pang. Hades is fay.

The glow, which is deathless, at length in the sadness full bane.

Grim Reaper loves more than You dream – a bit lights of the worms.

Marvel of starlit night: I have found a little of my name.

Starry night – dreamy glow are only in the tender souls.

Sensing the moonlet, demise of cool-blue song will be free.

Your worm bawls after all certainly. Death  blubbing like me.

Paweł Markiewicz was born 1983 in Siemiatycze in Poland. He is poet who lives in Bielsk Podlaski and writes tender poems, haiku as well as long poems. Paweł has published his poetries in many magazines. He writes in English and German.